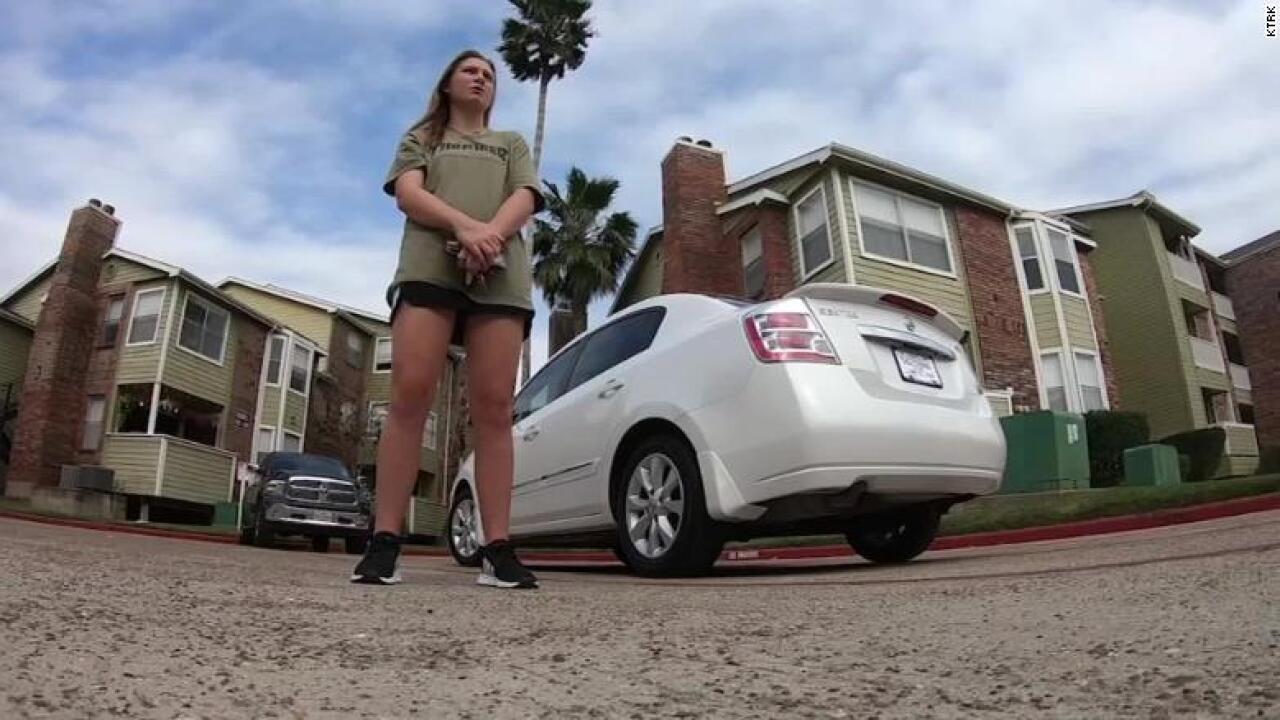 GALVESTON, Texas – Almost every day, Adrianna Edwards walks over four hours to and from work at a Denny’s restaurant in Galveston.

But her walking days are finally over.

A couple she served at the restaurant on Tuesday bought her a new car — just hours after they’d met.

Edwards can now start college earlier than she thought.

The couple, who wanted to remain anonymous, were at Denny’s for breakfast when they found out that Edwards was walking 14 miles just to get to her job and go back home.

The waitress, who was saving up money to buy a car to free herself from the long trek, gave the woman extra ice cream. But what she got in return was much sweeter.

The Texas couple finished their meal, left the restaurant, and came back with a 2011 Nissan Sentra and handed Edwards the keys. This car will turn what was a five hour walk into a 30 minute commute.

“She teared up, which made me happy that she was so moved by that,” the woman who bought Edwards the car told KTRK.

All the couple asked in return for the car was for Edwards to simply pay the good deed forward. And that’s exactly what she aims to do.

“I still feel like I’m dreaming. Every two hours, I come look out my window and see if there’s still a car there. When I see somebody in need, I’ll probably be more likely to help them out (and) to do everything that I can to help them out,” Edwards said.