Family searching for driver who hit man with special needs 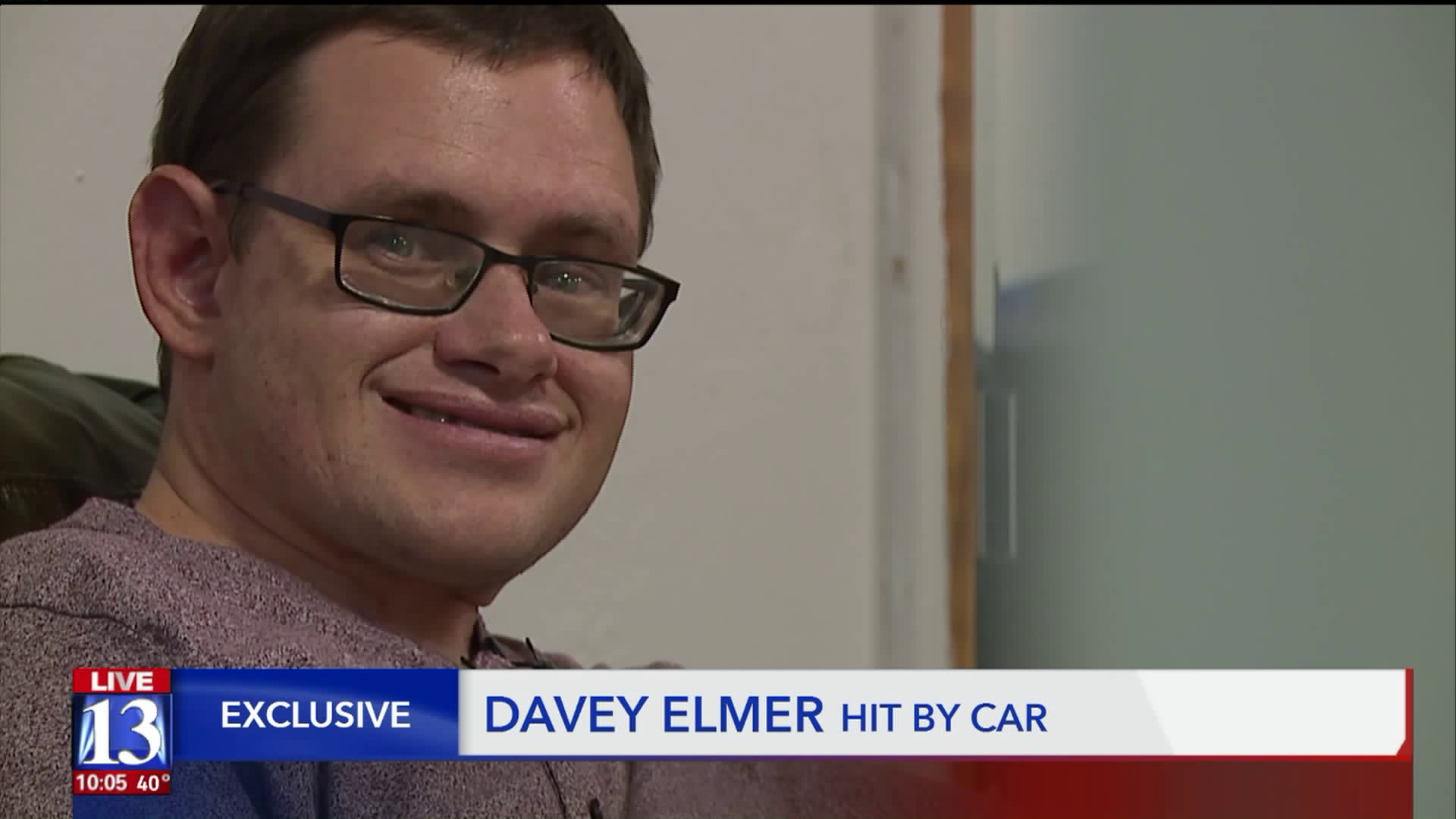 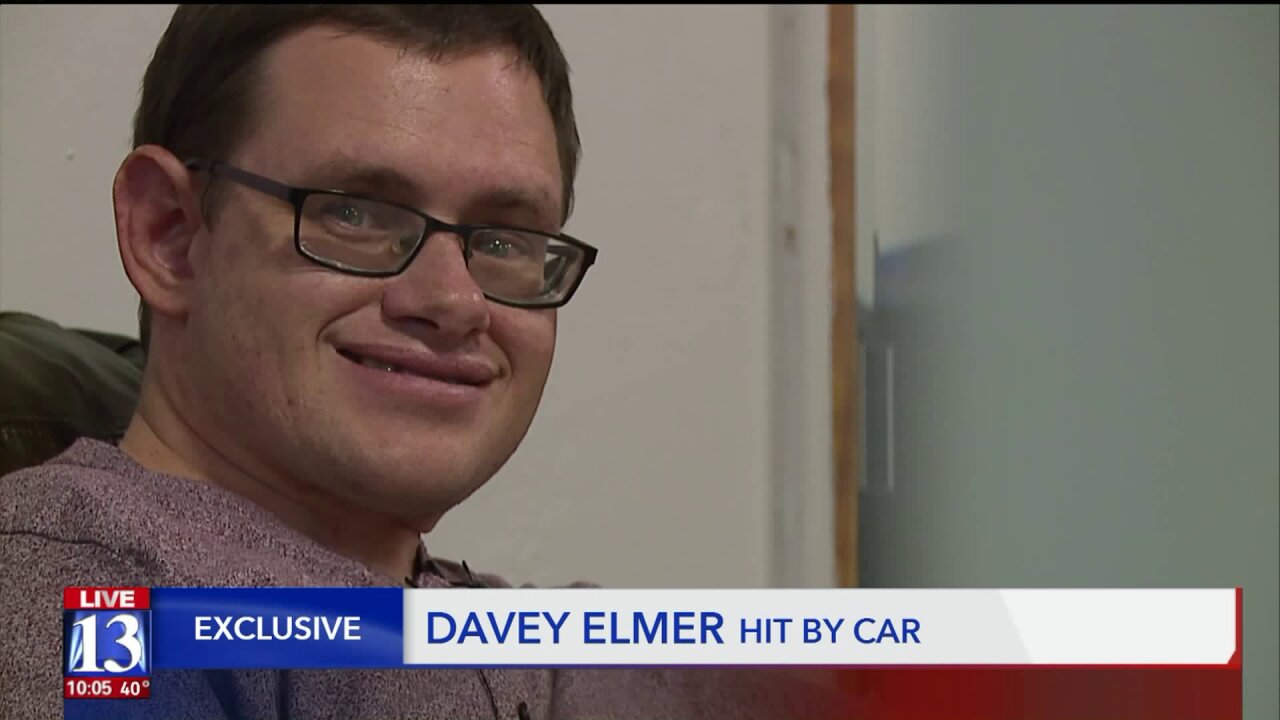 OGDEN, Utah - A man with special needs is recovering after he says he was hit by a car in Ogden and the person drove off. Now his family is searching for the person responsible.

Davey Elmer said he was walking to work down a sidewalk on 12th Street near Washington Boulevard a week ago Friday, when a woman driving a blue Ford 500 turned right out of a parking lot and ran over him.

The 39-year old has autism, but his family explained Davey likes to lead an independent life. He lives at home, and takes public transportation to and from work where he's a janitor at a special needs school.

On Thursday evening, Davey sat in the living room at his family's home, reading a Star Wars book. It's one of his favorite things to do. He planned to leave and attend a holiday party with his girlfriend later that evening.

Every time he leaves his house, Davey puts on a bright yellow reflective vest so that he's easy to spot when he's walking. He also makes sure he isn't wearing headphones, and stays aware of his surroundings.

Right now, Davey needs to be driven around, and his father helps him walk.

Davey's right foot is strapped into a Velcro boot, and his left leg has a brace on it under his jeans. Davey's foot is swollen and bruised from being crushed, and his mother Micki Elmer said Davey may have torn a ligament in his leg.

Davey said when he walked up to where the woman was turning right out of the parking lot, they looked at each other and he walked in front of the car. That's when he said the woman pulled forward and ran into him.

"She hit me with the hood of her car," he recounted. He said the woman ran over him, then backed up back over him again.

She got out and asked if Davey was okay. Davey said he asked for the woman's information, but she refused to give it.

"She said that something was up with her husband, that she had to leave," he said.

Micki said witnesses later told the family that they saw the woman talking to Davey, but they didn't realize he had been hit.

"She got back in her car, and drove off," Davey said.

He said he hobbled to a flower bed next to the side walk, sat down and called Micki for help.

"I was just all stressed out, didn't quite know what to do," Davey said.

Micki immediately went to see her son and called police.

"Somebody who is disabled or has a disability like Davey does-- it's beyond their understanding," Micki said. "He just could not understand why somebody would leave him."

Davey is also having a hard time understanding why it's the second time he's been hit in a month. In November, he said a car turning right hit him as he crossed Washington Boulevard in the crosswalk, just down the street from where he was hit on Friday.

That driver also left without helping, he and Micki said.

"The first time it happened, he was so traumatized," she said.

They are hoping the woman who hit him the second time will come forward, or someone who knows her will. Davey described her as a woman in her 20s with dark brown hair. Micki said witnesses took note of the vehicle color and model-- a blue Ford 500 sedan.

Micki said doctors aren't sure yet the extent of Davey's injuries, and the family doesn't know how much medical bills will cost. He may be out of work for a little while.

Anyone with information is encouraged to call Ogden Police.