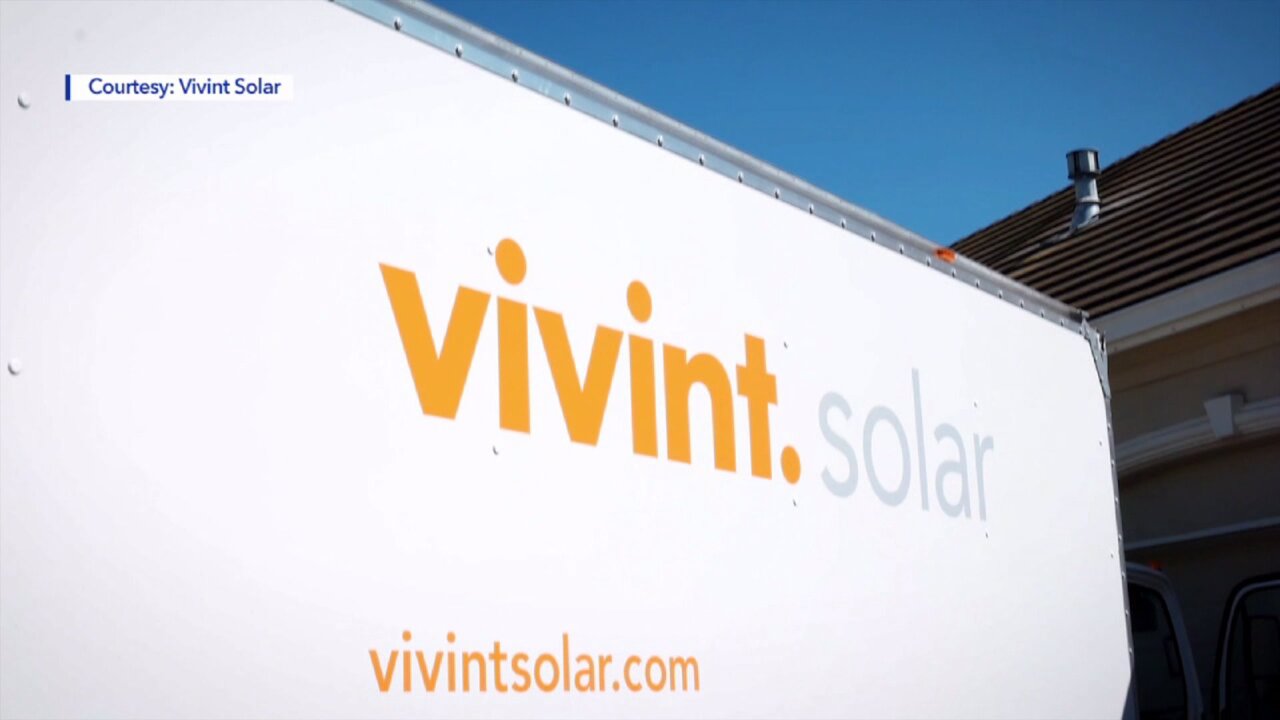 SALT LAKE CITY — Former employees of Vivint Solar are blaming outsourcing as the reason for a group-firing just weeks before the Christmas holiday.

"He [a human resources employee] said it's really bad news, and then he just laid it on us, and he said 'We just have to let you guys all go,'" said Rubee Chamberlain, who worked as a remote processor for Vivint Solar. "I think I was just in shock, like — no way, this can't be happening."

Chamberlain had been working for Vivint Solar for roughly eight months after searching for a job for nearly a year prior. She's been overcoming a botched foot surgery making it difficult for her to put weight on her right foot. She felt Vivint was the perfect fit.

"Mid-August they call us in for this big meeting and they say they're outsourcing," Chamberlain said. "They promised us our jobs were safe, we weren't going to lose it."

Months later, Chamberlain says they were given an emergency meeting notice for another group gathering.

Anonymous former employees of Vivint Solar told FOX 13 that roughly 30 to 40 people were laid off on December 6, including Chamberlain.

"I mean, I have teenagers. They don't require a lot, they understand, I guess," she said. "But you know — Christmas time, you want to give them something because you love them. You love your kids so much, and it's Christmas or rent."

Vivint Solar Public Relations responded in a statement to FOX 13:

"The number of people involved in the layoffs is in the double digits and included employees across all of our customer experience sites regardless of geography.
We have retained all but one individual who helped with onboarding and training offices abroad."

FOX 13 learned that Vivint has a working relationship with a company called Teleperformance. According to the Teleperformance website, they have grown to over 300,000 employees and are located in 80 countries, including Colombia.

Chamberlain says she saw the shakeup coming a few weeks before the early December meeting.

"I was just thinking, these people in Colombia are fully trained now. I turned on the systems for people who finally got approved," she said.

Vivint Solar said in another statement:

"We will end 2019 with approximately 950 more employees than where we started the year as a company. As a result of our process improvements, our call center-related workload is down approximately 10%. Ultimately, this led to unforeseeable overstaffing across all of our customer experience sites that necessitated staffing adjustments that we did not take lightly."

According to the Department of Workforce Services, there are options for those who are laid off due to jobs being off-shored or transferred to another country.