Hundreds of Utahns protest against President Trump on ‘Impeachment Eve’ 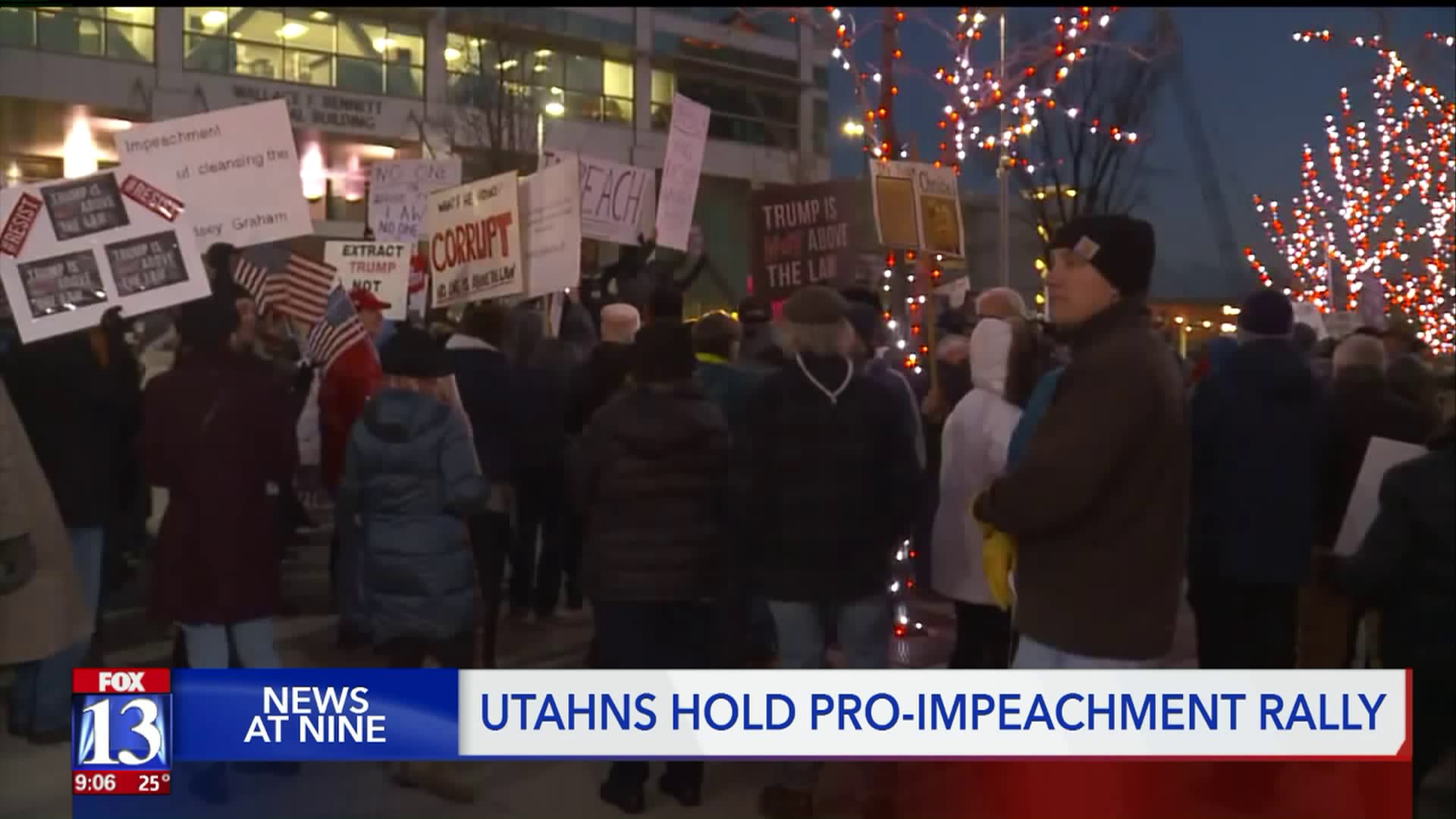 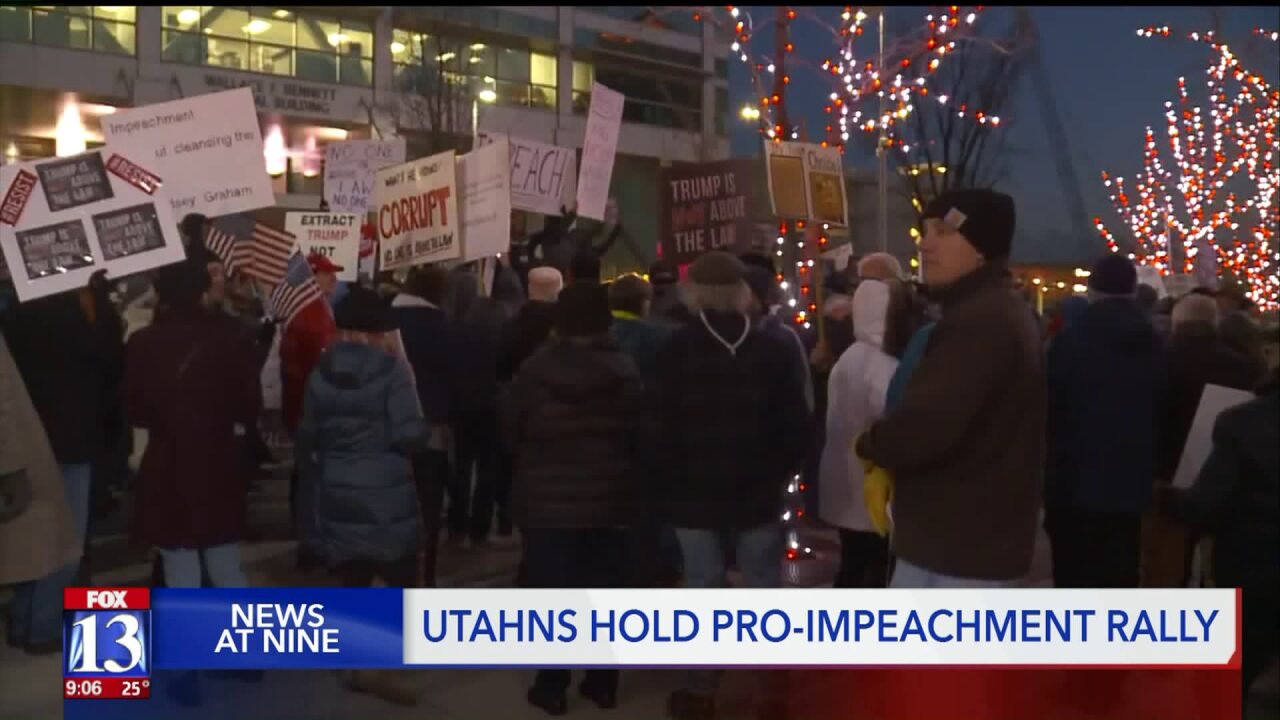 “It’s time to stand up and let the whole country and the world know that we are better than this," said Joanne Slotnick, co-founder of the group "Salt Lake Indivisible" that helped to put on the protest.

“We had people contacting us from Vernal and from southern Utah, saying, 'I’m going to be there,' especially in a place like Utah which tends to be conservative," Slotnick said.

“I want to have the president impeached and hopefully removed from office," said Cynthia Nelson, who stood on a barrier above the crowd to listen to the presenting speakers. “Even if he isn’t removed by the senate, it’s important that it goes down in the history books that we impeached him and that citizens like me stood up in favor of that."

The difference between impeachment and removal was a common theme among protesters.

“I know he probably won’t be taken out of office — almost certainly — but it’s still matters that he’s held accountable," said Doug Hofleing, who proudly showed off his large sign along State Street. “I would simply ask to all of my Republican brothers and sisters: if Obama did it, if Hillary did it, would you be OK with it? Would you be out here with us? I’d like to believe I would be here, I’d like to believe you would too."

The protest remained peaceful. A few people gathered at the end of the event and flew a "Trump 2020" flag back and forth, but it garnered little reaction from those passing by, with the exception of one protester who stopped to exchange words and provide a handshake.

When asked what Wednesday means for our country, most folks FOX 13 spoke to replied along the lines of: "It's huge." However, some don't believe impeachment will change everything.

“This is not going to be resolved with impeachment, the problem that our country is facing," Slotnick said. "Come 2020, every person in the state needs to vote. They need to do more than vote — they need to get out and work to preserve our democracy.”