Police are searching for vandals responsible for shattering windows on more than a dozen cars, creating thousands of dollars in damages.

SALT LAKE CITY – Police are searching for vandals responsible for shattering windows on more than a dozen cars, creating thousands of dollars in damages.

“I come out, the hole was about this big with damage,” Kelsi Christensen said as she waved her hand over a large section of her now plastic-covered rear windshield.

“Someone could just break into my car, it’s just a piece of plastic covering it,” she continued.

Kelsi is just one of more than a dozen Salt Lake residents who are left to pick up the shattered pieces, after vandals smashed car windows along 900 East and throughout The Avenues Tuesday night.

“I have to find a way to repair it, the repair place is booked out,” Kelsi said. “And four hundred dollars, because deductible’s 500, so just out of your pocket there goes money that you didn’t plan for.”

With Christmas around the corner, you can probably imagine how she’s feeling.

The thing is, she isn’t alone. 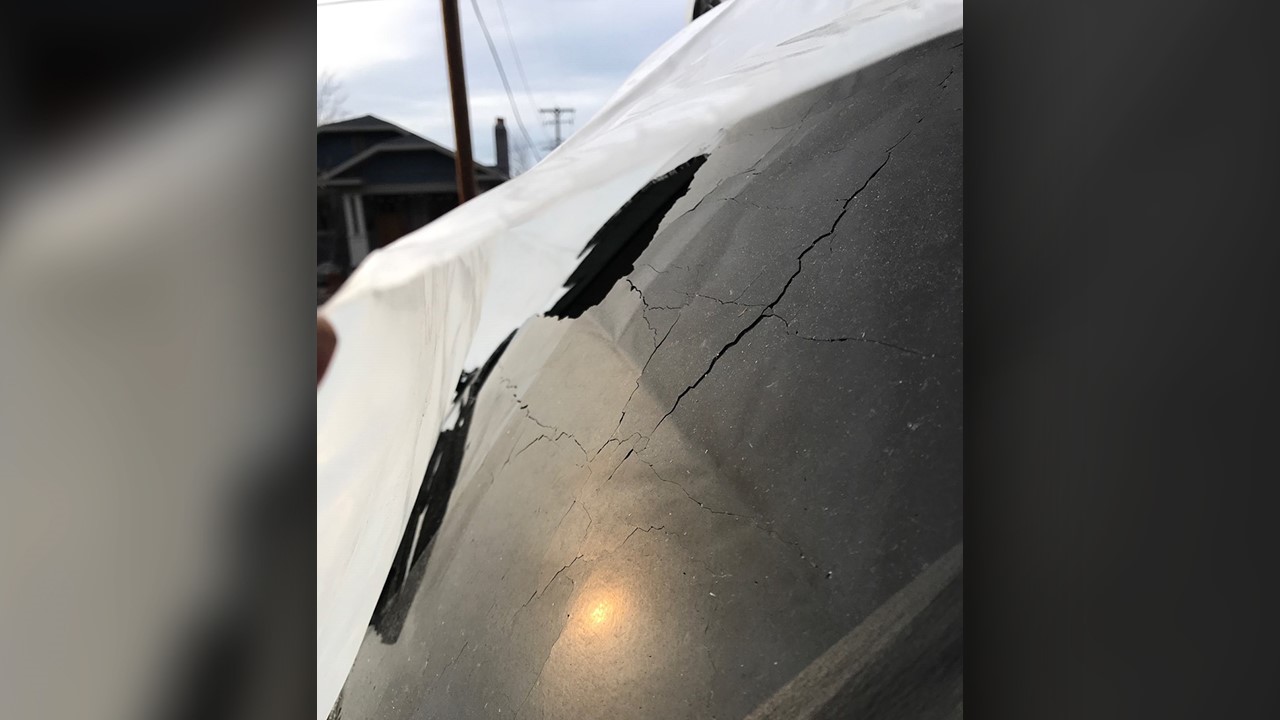 “I was on my way to the glass repair shop and I see two more cars who also had the same thing,” Kelsi said referring to more broken windows.

It doesn’t stop there either. Once Kelsi saw others had damage, she started to take pictures. On her drive she found eight cars with shattered windows, even a business with a large broken pane of glass.

“My guess is they were just driving all the way up there throwing something out [the window] in the middle of the night,” Kelsi said as she made a throwing motion with her hand.

Kelsi said, based on the size of the holes she saw, it appeared as though someone had taken spark plugs and used them to hit cars as they drove down the street. Salt Lake City Police believe it was a mix of items thrown at the cars and a BB gun used to shoot them.

“It wasn’t every car, it was like every few cars,” she said. “They weren’t looking for stuff to take they were just vandalizing.”

Salt Lake City Police said as of Thursday afternoon, they had received 15 reports of broken car windows, but because the online reporting system takes longer to process, they expect many more to come in.

“The entire community, thousands of dollars in damage just by one person,” said Kelsi. “We just have to pay for it all.”

Kelsi said it’s the last thing she and her neighbors had on their Christmas lists.

“I feel for all of the people who are just trying to make ends meet for Christmas and they have to experience that,” said Kelsi.

Still, she’s trying not to let it kill her Christmas spirit.

Who would do something like this? “The Grinch, the glass breaking Grinch!” Kelsi laughed.

Police said in general, this is ‘a lot’ for one criminal act. As of now they do not have any leads and are looking to the public for any video that shows the vandals in the act or their faces.

Based on the amount of damage caused, Police said the person or persons responsible could be facing felony charges.