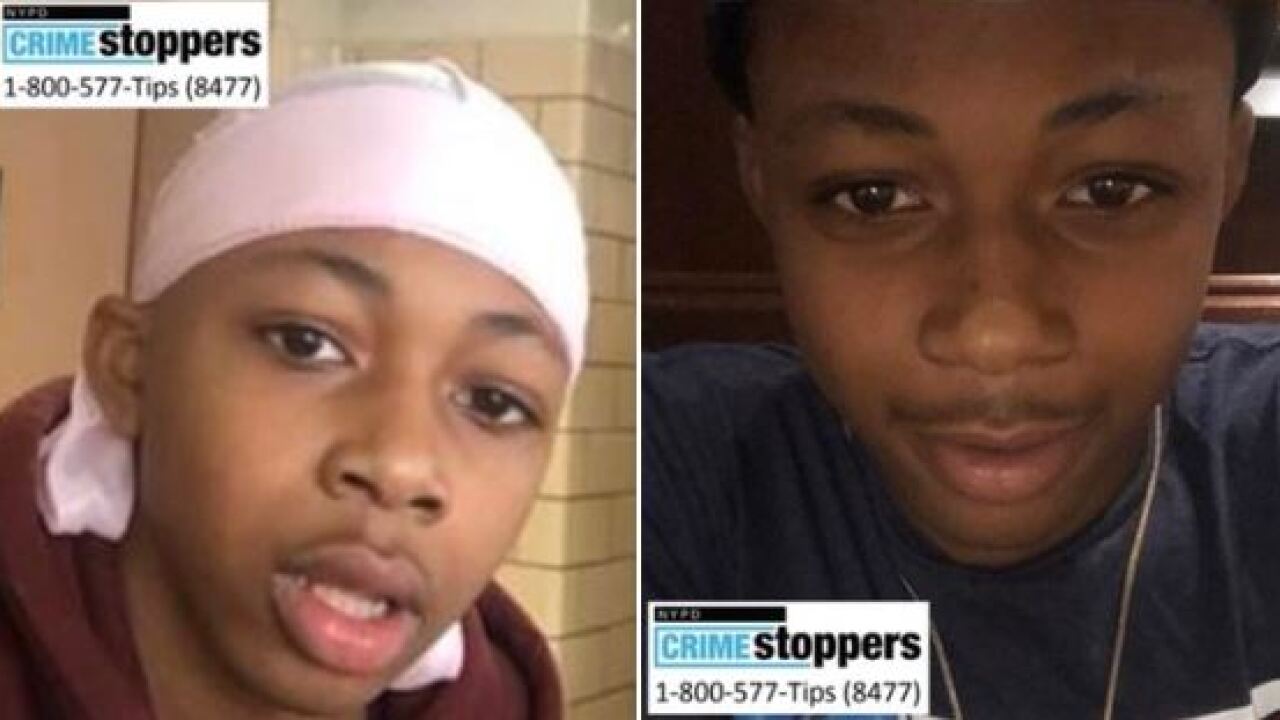 (CNN) — Police investigating the deadly stabbing of Barnard College freshman Tessa Majors in New York said Friday on social media that they are looking for a male individual in connection with the case.

New York Police Department officials said Saturday they would like to question the boy.

Rodney Harrison, chief of detectives, had tweeted: “The New York City Police Department requests assistance from the public in locating this individual. All calls are kept strictly confidential.”

Harrison tweeted several photos of the boy police want to locate but did not provide a name.

Majors, 18, was walking in Manhattan’s Morningside Park last week when she was attacked, Harrison has said.

A 13-year-old boy from Manhattan was arrested a day after the stabbing. They said the teen was charged with second-degree murder, first-degree robbery and criminal possession of a weapon.

Earlier this week in court, Detective Wilfredo Acevedo testified the suspect told him he went to the park with two other people with the intention of robbing someone.

The teen said that at some point before the attack, one of the other two people dropped a knife on ground and he picked it up and handed it back to them, Acevedo said.

The trio initially followed a man but targeted Majors, who refused to give up her property, Acevedo testified.

The detective said surveillance video does not show the 13-year-old stabbing Majors or taking her property.

An attorney for the teen argued his client was not aware that a robbery would be taking place.

“Our client is a 13-year-old child who is presumed innocent with no juvenile record. History is full of examples of high-profile cases tried in the media, rushing law enforcement to a wrongful arrest and conviction,” the Legal Aid Society, the group representing the teen, said in a statement.

Barnard College is an all-women’s school in Manhattan with more than 2,600 students. The school’s campus stretches from West 116th Street to West 120th Street off Broadway in the Morningside Heights neighborhood of New York.