(CNN) — Nearly 70 cars and trucks were involved in a massive pileup on Interstate 64 in eastern Virginia on Sunday morning during heavy fog and icy road conditions, Virginia State Police said.

The crash, about 50 miles east of Richmond, closed both sides of the interstate, authorities said.

Photos from the York-Poquoson Sheriff’s Office and the Virginia State Police showed the extent of the backup and damage. The state police said 69 vehicles were involved.

In some spots, vehicles were so squeezed together that firefighters and emergency responders had to step from car to car to pull people out.

A witness, Bray Hollowell, also posted a short video showing a number of cars in the crash.

Fifty-one people were treated at the scene or taken to the hospital, including two who are in critical condition, said Steve Kopczynski, fire chief of York County. 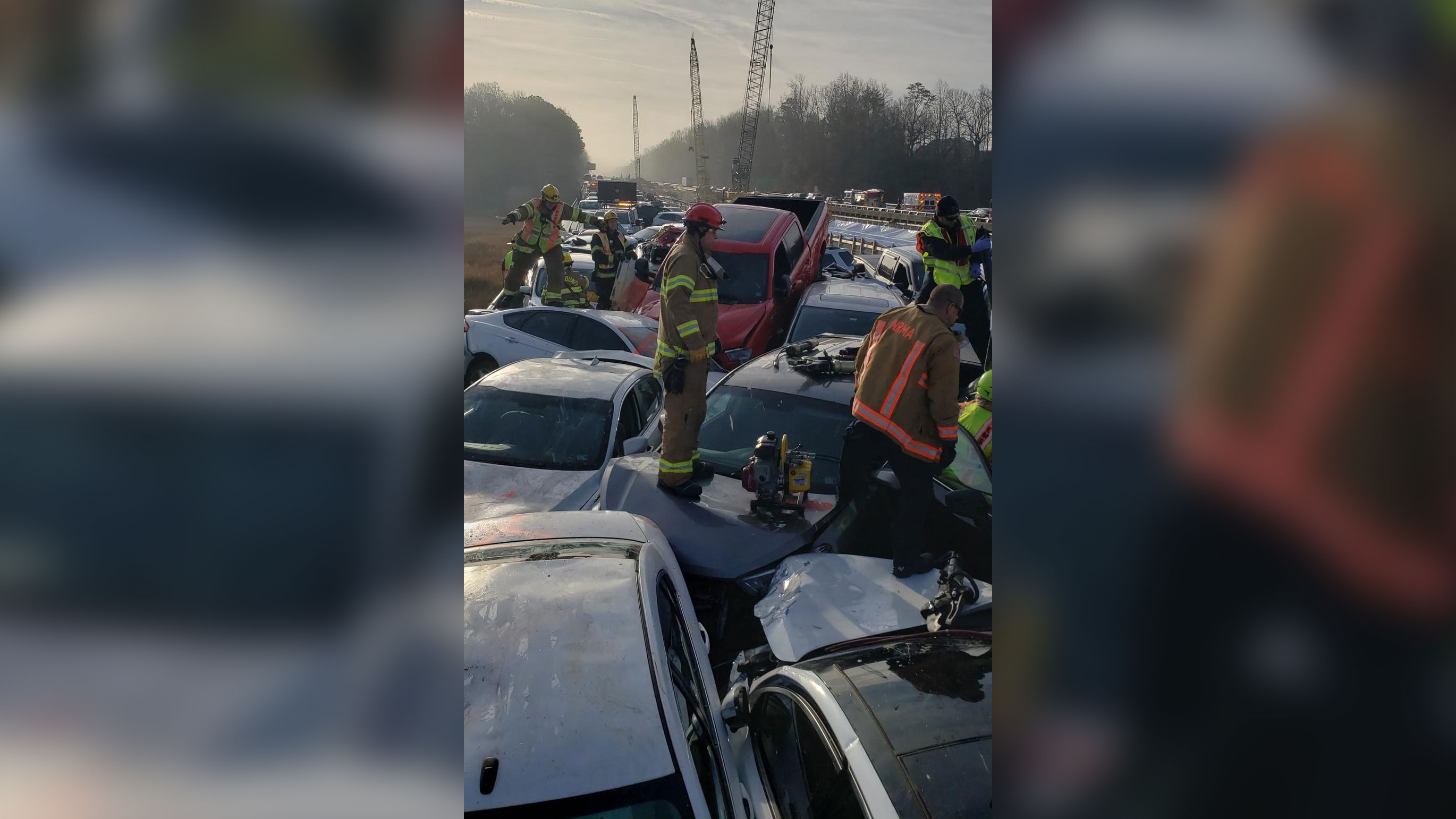