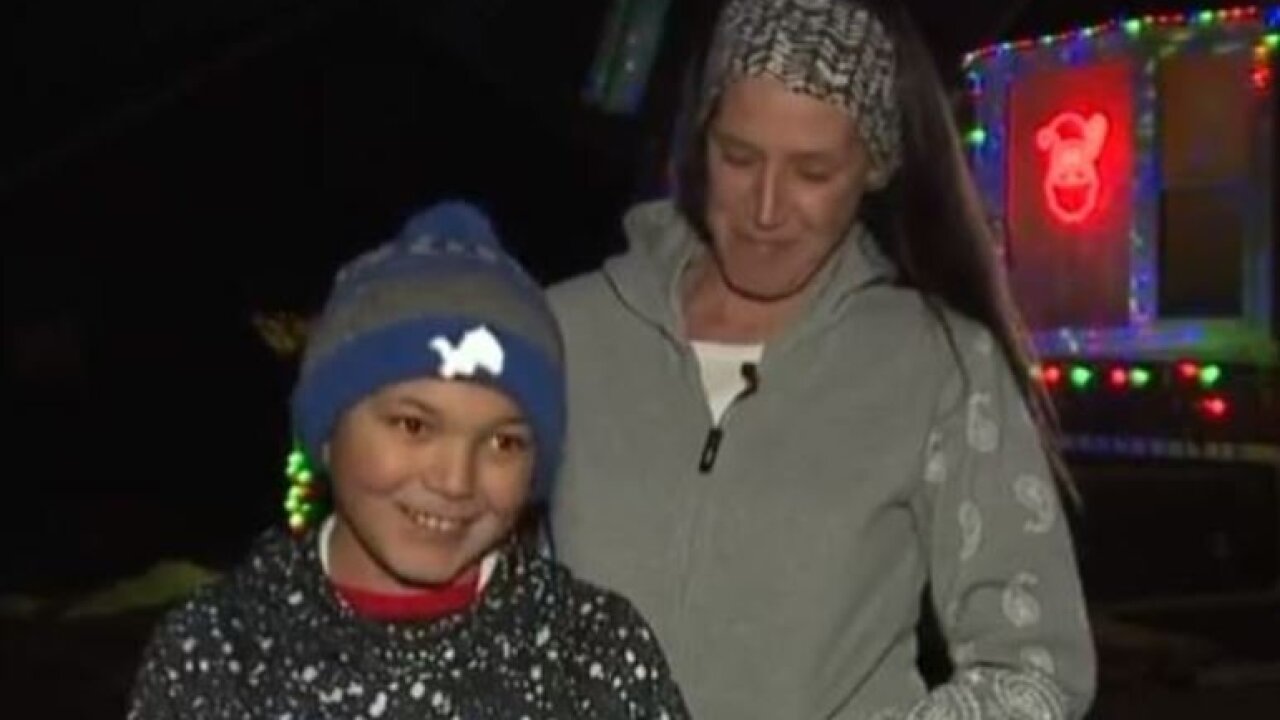 **Embargo: Detroit, MI** A St. Clair Shores boy is spreading joy this holiday after his act of kindness was caught on camera.

ST. CLAIR SHORES, MI — A St. Clair Shores boy is spreading joy this holiday after his act of kindness was caught on camera.

Semaj Alexander, 10, has a outgoing personality and is an avid car enthusiast.

The fifth-grader was walking home from school on Wednesday when he saw a neighbor’s Christmas tree tipped over on the porch.

“I stopped and I thought it would probably be nice if I stopped and fixed the tree for them,” Alexander said.

The act of pure kindness was caught on camera by a porch camera. Aimee Ryan was at work when a notification came through on her phone that someone was on the porch.

She was touched by the boy’s generosity and manners.

“It just made my heart happy,” Ryan said. “It’s such a wonderful thing to see such a genuine little boy do something out of his heart.”

Ryan’s family surprised Alexander with three tickets to the Lions vs. Packers game on Dec. 29. Alexander is taking his mother and father.

Ryan also gave him a gift card and posted the story on social media where it’s been shared hundreds of times and inspiring others to perform acts of kindness. Some post say Alexander should receive an award from the city.

His mother, Candice Krasnicki, said she saw the video and couldn’t believe it was her son.

“I’m very proud,” Krasnicki told 7 Action News. “The things that I instilled in him, he uses it.”

Alexander credits his parents for teaching him to treat others with kindness and grace.

“I just want to say be kind,” Alexander said, “If something is broken, even it it’s not yours, fix it.”