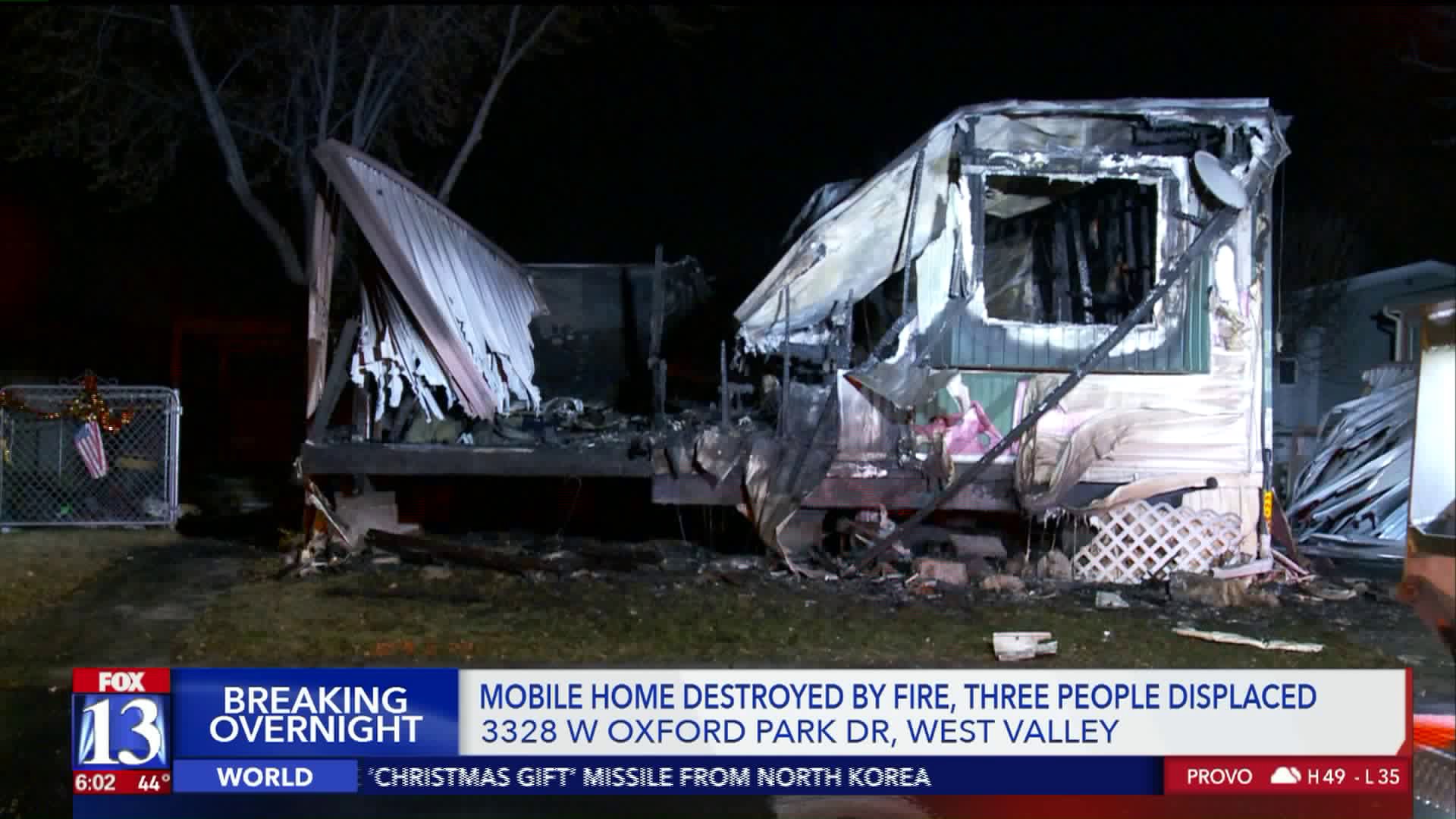 Three people have been displaced by a fire in West Valley City early Monday morning. 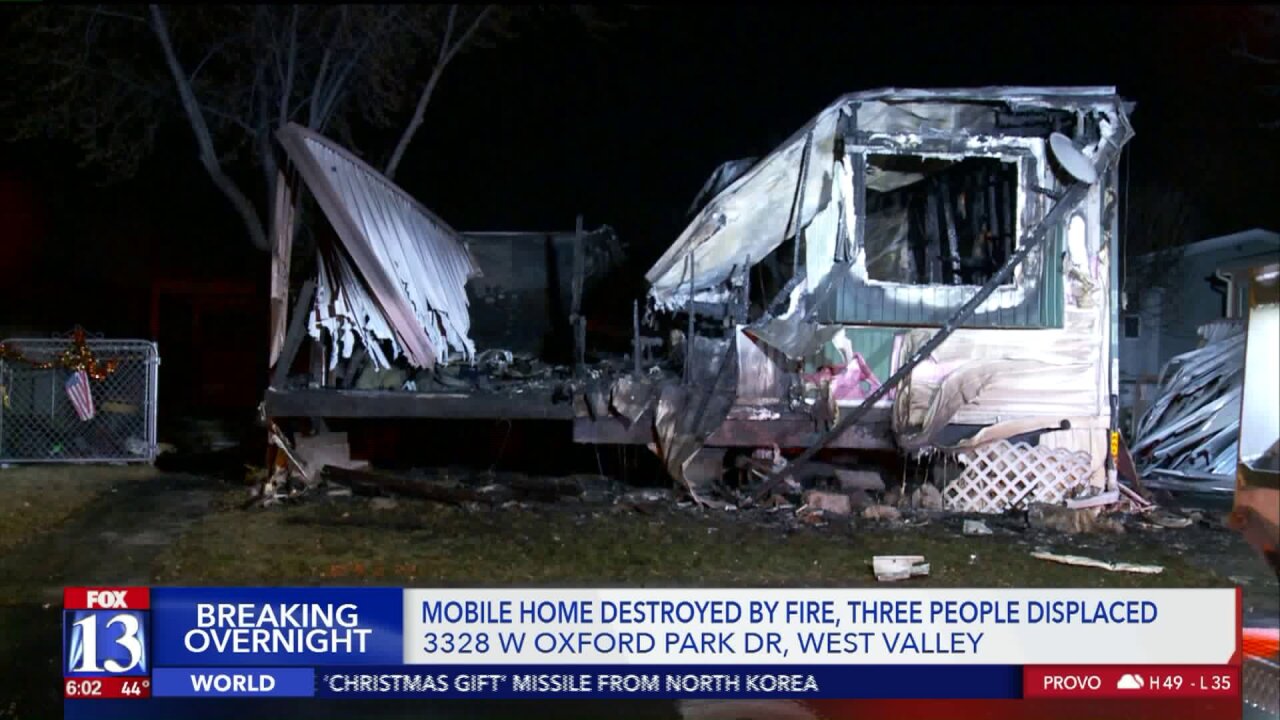 One of the home's residents was in the home at the time and was able to get out safely.

Firefighters extinguished the blaze in about 30 minutes. The cause of the fire is believed to be electrical. The home was a total loss. A neighboring home sustained a broken window but no fire damage.