DA: Woman indicted for telling Portland food cart operator to ‘go back to Mexico’, spitting on her chicken 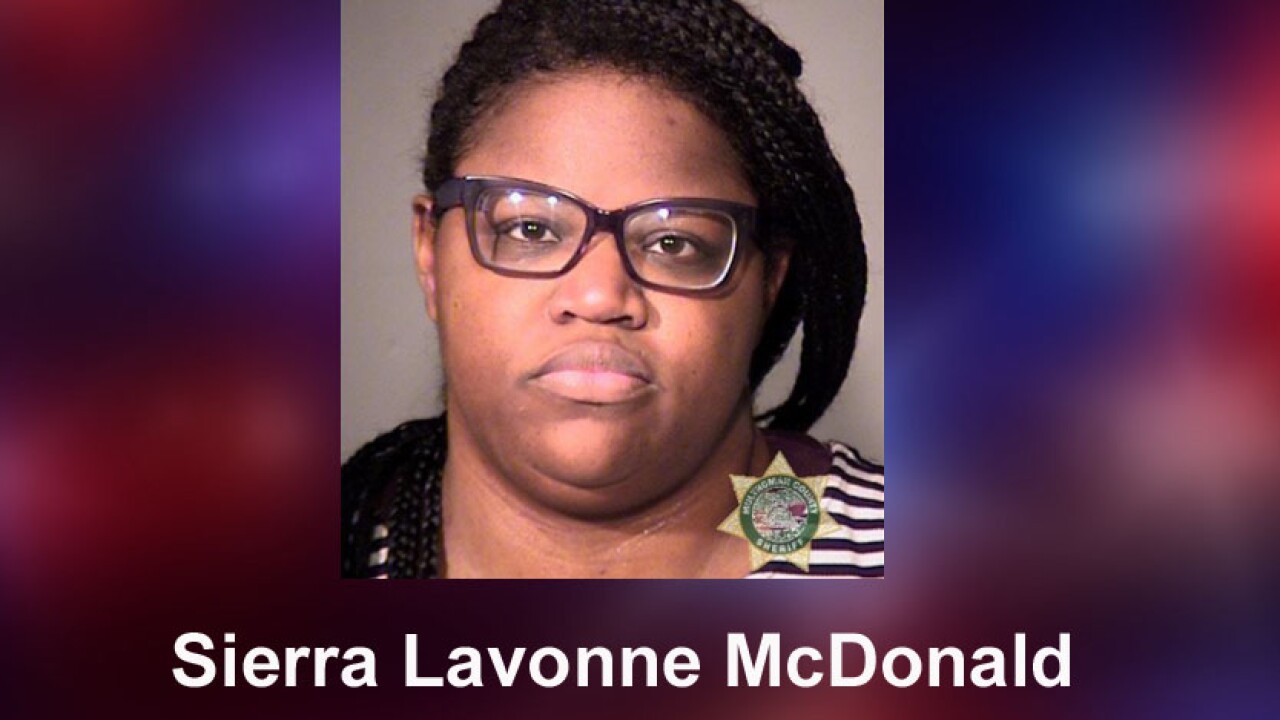 PORTLAND, OR (KPTV) — A woman was indicted on a bias crime for telling the operator of a Mexican food cart to “go back to Mexico” and spitting on her chicken, the Multnomah County District Attorney’s Office says.

During her first visit on Sept. 21, McDonald allegedly became verbally aggressive toward the operator and told her to “go back to Mexico”. She then allegedly grabbed a can of soda, first pouring it over chicken that was being cooked and then pouring it over the victim’s head while using racial hate speech, according to the attorney’s office.

The victim called police, who attempted to contact McDonald, but she hung up on officers, the attorney’s office says.

According to court documents, McDonald returned to the food cart the next day and used racial hate speech toward the operator and another employee, this time also grabbing a wooden stake and making a stabbing motion toward the other employee.

The wooden stake had a sharp pointed tip and was about one inch in width and four feet in length, according to court documents. The second worker told police she was afraid McDonald was going to hurt her with the stake, court documents state.

McDonald then allegedly tried to fling off some of the chicken that was being prepared and spit in the direction of the grill, according to court documents, which required the operators to throw away 12 whole chickens due to health concerns.

After attempting to spit on the grill, McDonald used the wooden stake and started aggressively waiving it toward the same victim from the first encounter, according to court documents.

The chicken the food cart lost that day was valued at approximately $300, court documents state.

https://s3.amazonaws.com/cnn-newsource-image-renditions-prod/KPTV_SIERRA_LAVONNE_MCDONALD/S118543660_thumbnail.JPG
Copyright 2020 Scripps Media, Inc. All rights reserved. This material may not be published, broadcast, rewritten, or redistributed.