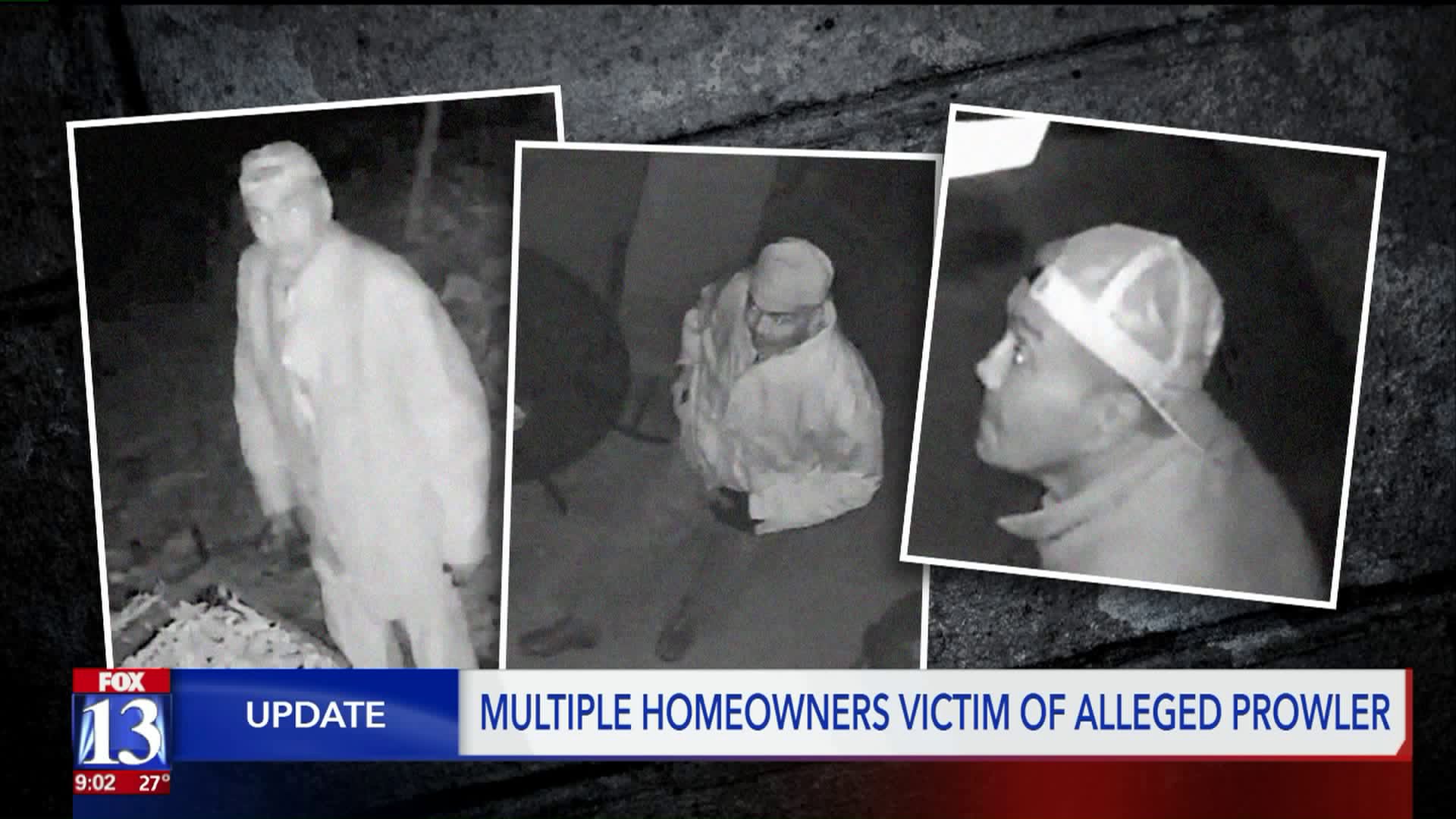 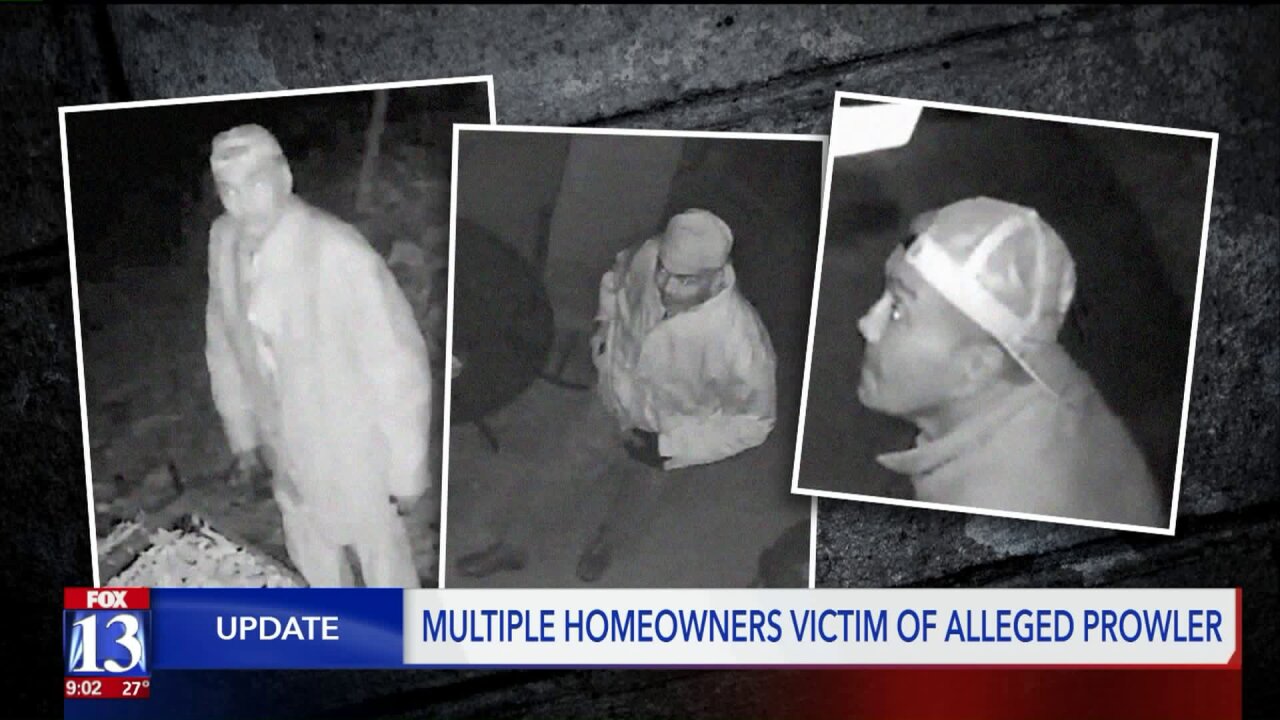 OGDEN, Utah-- Ogden Police are trying to track down a man they say is looking into people’s windows late at night. It’s left people freaked out while inside their own homes.

The man has been picked up on home surveillance cameras at a few different homes over the course of several months.

Each of the homes is within blocks of Washington Boulevard, anywhere from 36th Street, north to 16th Street, according to homeowners and police.

If it weren’t for surveillance, those homeowners would never know the man crept around outside their homes during the late night and early morning hours, peering into their windows.

“It just really freaked me out,” said one woman, whose surveillance from June shows the man walking through her backyard, before crouching to look through her bedroom window.

If it weren’t for that surveillance, police may not have connected the dots.

“There is at least one or two other cases of trespassing, that we believe may be the same suspect,” said Lieutenant Matthew Ward with Ogden City Police.

The woman from the June incident, who wanted to keep her identity private, described how the mysterious man looked through her open bedroom window.

Her phone sent her a notification of movement on the surveillance cameras. She pulled it up and saw the man in her backyard, so she yelled a warning at him.

“I yelled through the camera, ‘I see you. Go way!’” the woman recounted. “And then I called police.”

In September, another woman said her surveillance shows a similar looking man walking around her home. Sarah George said the man came to her house around 2 am, and then again around 4 am.

“I reported to the police, they came very quickly both times we called,” George wrote, in a message. “The window he was looking into was the living room window. The second time he came he was trying to break open the window of my 10-year old daughter’s bedroom.”

Then on Christmas Eve, while a family opened gifts in their living room, a man walked through their backyard, then appeared to touch himself as he looked through the window.

The family told Fox 13 they didn’t know he had been there until they looked at their cameras the next morning.

In every video, the man wears black gloves and a backwards ball cap. The woman from the June incident questioned the man’s purpose for his peeping.

“I didn't know what his intent [was], it was really scary,” she said.

Police want to answer that question, too.

Thanks to all that surveillance, he said they’ve been able to identify the possible suspect. Now, they just need to find him.

“We can try to get together as many charges as we can, if we do actually have right guy, and kind of figure out what it is he’s doing,” Lt. Ward said.

He said the man could face charges for trespassing.