A woman mourning the loss of her husband gets a beautiful gift: The letters she exchanged with him decades ago in college 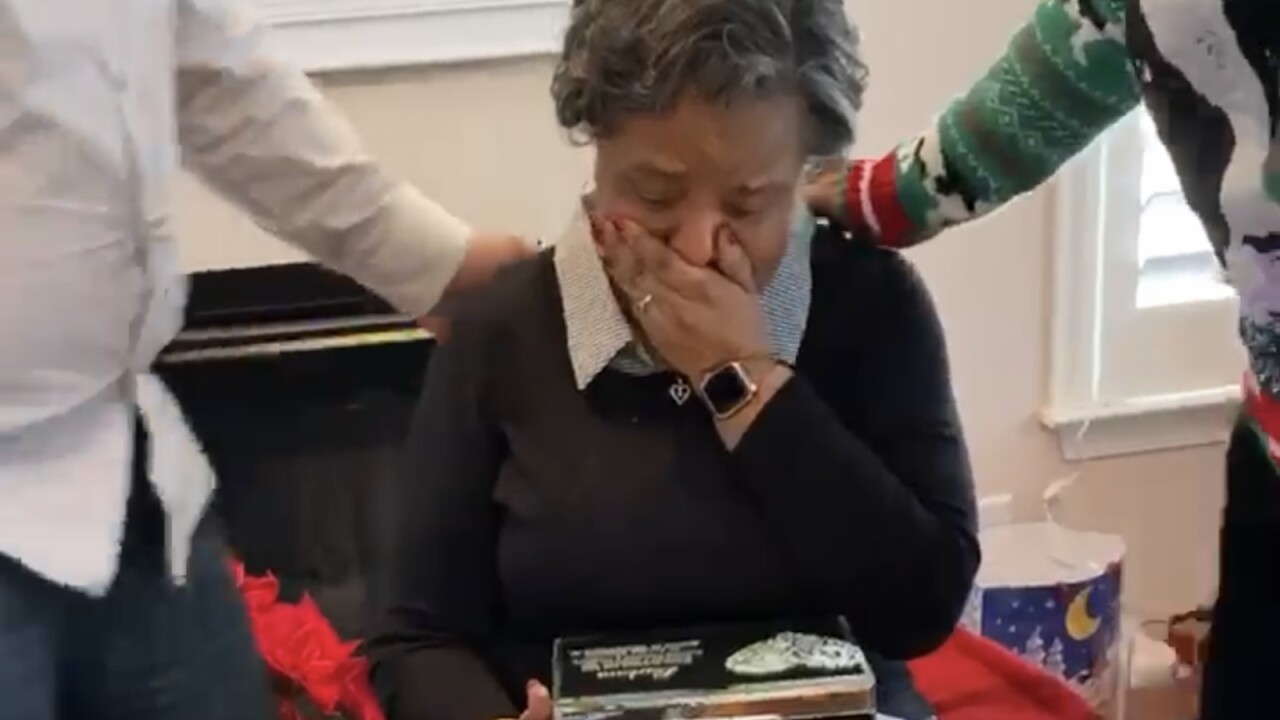 (CNN) — The gift came in a plain white container. It wasn’t until her family helped pull out the shiny mirrored box inside that Barbara Shackleford knew this wasn’t just another Christmas present.

“In loving memory of Robert D. Shackleford,” the engraving on the box read, referring to her late husband.

Inside were letters. A handful of letters that Barbara had exchanged with the love of her life. Letters dating back more than half a century to a time when they were in college.

She covered her mouth and burst into tears. “Oh my gosh,” she exclaimed.

It had only been seven months since she lost her husband. They had been married 55 years but she had no idea that her husband had kept her letters all these years.

It was one of the best gifts she had ever received, she said.

“It brought back those memories of her loving my grandfather in her early years,” said Barbara’s granddaughter, Lauren Shackleford, who was present as the scene played out in the Shackleford’s living room in Virginia this Christmas.

How it all came together

Barbara’s husband, Robert, died of congestive heart failure in May. He was 76.

As the family sorted through his belongings, they came across the letters, written in early 1960s.

The two met at church when they were in their teens.

“They actually grew up in a really small town,” Lauren Shackleford said. “In true old-school love fashion, he started coming to her door and they would play outside and walk around outside.”

Lauren’s father asked if the letters would make a good Christmas gift.

The family put the letters in a beautiful box with a jewelry holder on top.

“So all of the jewelry that my grandfather gave her, she’s also putting in the box,” Lauren Shackleford said.

Today, the box with the letters sits on a dresser in Barbara Shackleford’s bedroom.

“I think it’s going to be something great for her to wake up to every day,” her granddaughter said.