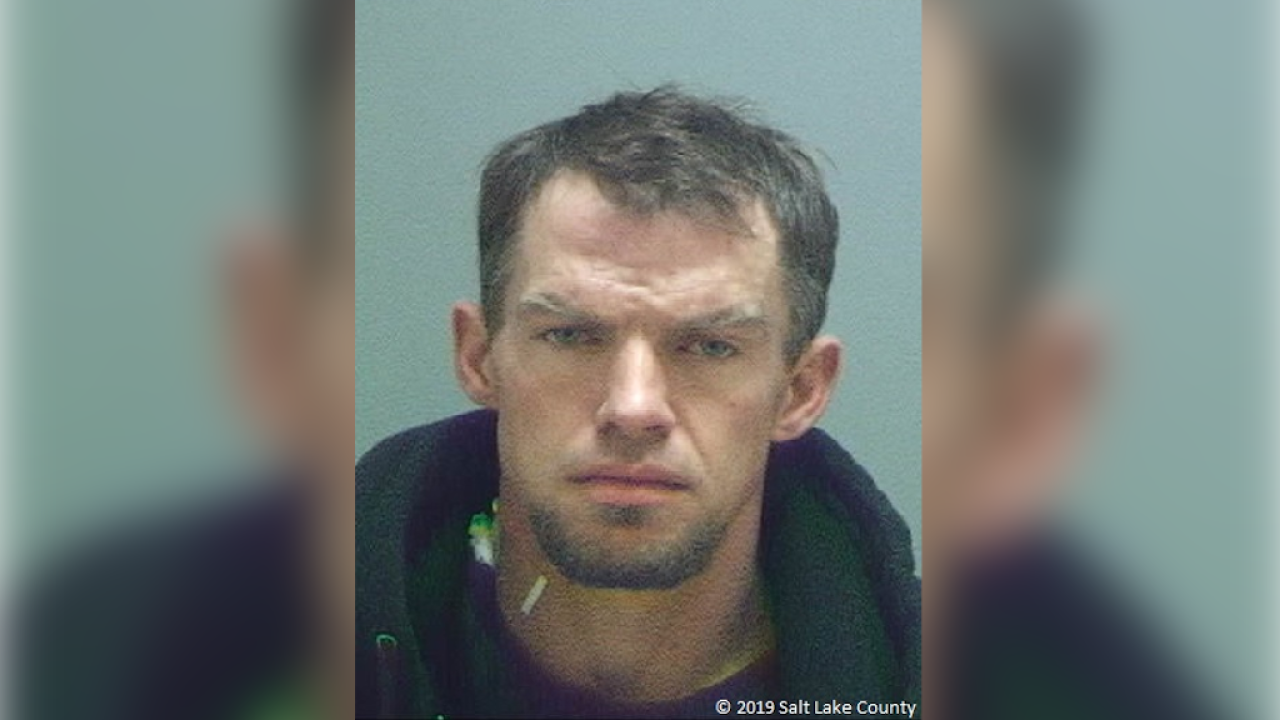 Gudmundson lead West Jordan Police on a brief vehicle chase before a standoff with police in the backyard of a home.

According to a probable cause statement, an officer witnessed a car driven by Gudmundson run a red light at a high rate of speed on eastbound 7800 S at 5600 W. The officer then attempted to pull over the vehicle, but Gudmundson did not comply.

The driver then briefly drove into oncoming traffic, narrowly missing other vehicles, before turning onto Wood Green Road. The officer was able to locate the vehicle parked in a driveway and Gudmundson took off on foot.

The officer made an announcement for the suspect to stop running, but Gudmundson refused and pulled out what police say was a handgun and stated that he would kill himself if the officer continued the pursuit. Gudmundson then made his way into a private backyard where he climbed onto a shed where a standoff with police ensued.

After negotiators and SWAT teams arrived, authorities were able to peacefully arrest Gudmundson. no injuries were reported in the pursuit.

Suspect from yesterday’s fleeing is Aaron Gudmundson. He has been booked in jail.