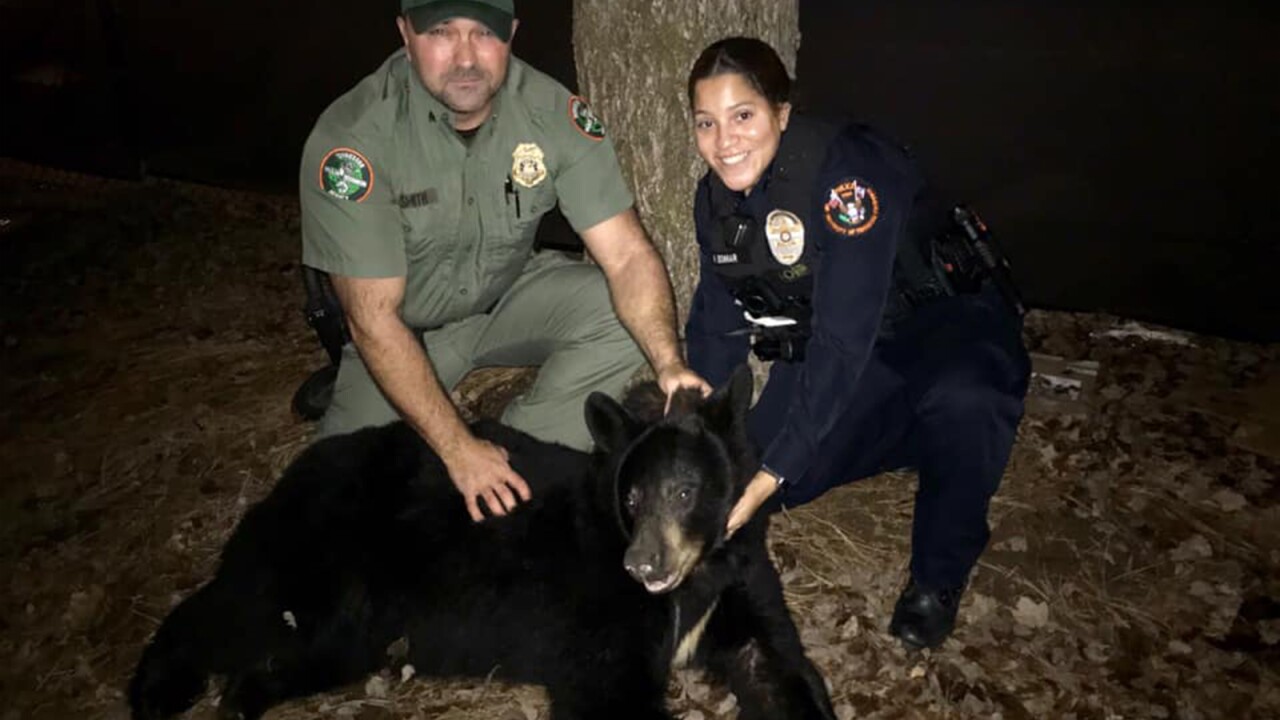 (CNN) — If you think the scariest thing on campus is your grades, you haven’t been to the University of Tennessee.

When wildlife officials caught up with the bear, they found him stuck inside Lindsey Nelson Stadium, home of the Volunteers baseball team. (The school’s out for winter break.)

Sgt. Roy Smith and Officer Jeff Roberson of the TWRA quickly tranquilized the bear, the agency said. UTPD officers assisted in the safe removal of the bear.

But don’t worry, the bear wasn’t hurt. In fact, it’s already been released in the Foothills Wildlife Management Area in Blount County, TWRA said on Twitter.