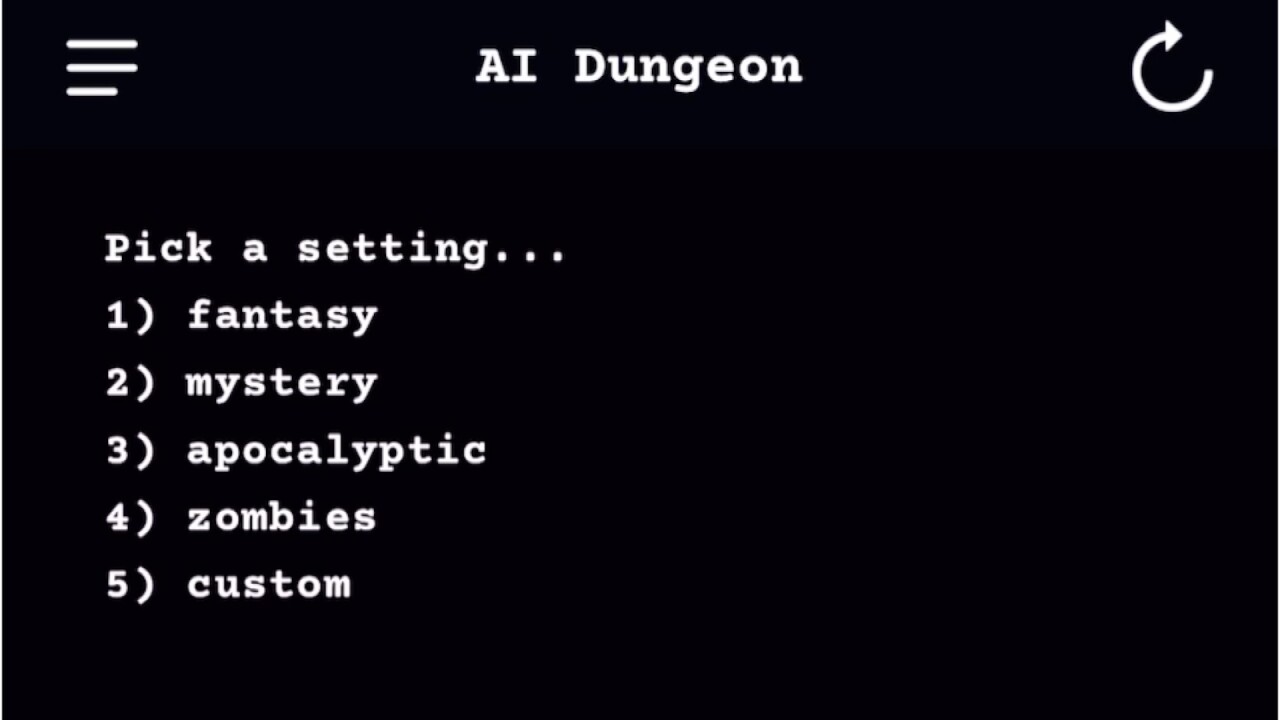 Games come in all shapes, sizes, and genres, but now a new one is trying to get you to use your imagination to go on an adventure.

AI Dungeon is a text-based game made by Utahn Nick Walton.

He says he made a game that's different from the rest because it uses artificial intelligence (AI) to generate the scenarios.

"Unlike basically every other game, where your choices are predetermined by what the developers imagine [...] AI Dungeon is the first game where you can do literally anything that you can express in words," says Walton.

AI Dungeon can be played on smartphones, computers, or on Alexa-enabled devices.

You start by choosing a theme, then you choose a character, then you give yourself a name, and the journey begins.

Gamers might be thinking this is similar to Dungeons & Dragons and it's likely not a coincidence either.

Walton says, "I actually started playing dungeons and dragons several months before I made it and one of the things I really liked about it is the aspect of you can do anything."

He says that inspired him, along with the idea of having almost infinite possibilities.

"As soon as I released it, within a few hours it was already exploding like people really loved it," says Walton.

Randy Slater manages Demolition Games and says he sees the appeal in the game and thinks fellow gamers could too.

"[It's] almost more like a toy [rather] than a full-on game that you can play. There’s no goal, there’s no end condition, you can’t lose, in the traditional sense, but that doesn’t mean it’s not fun," says Slater.

Excitement aside, there are improvements to be made. Adding visuals would likely help and so would making it a multiplayer game.

Slater says, "I think if it could get multiplayer and handle it well that would be a huge step."

"We don’t have multiplayer yet but that is in the works and would not be too difficult to implement," says Walton.

He also thinks this is only the beginning of AI-based gaming.