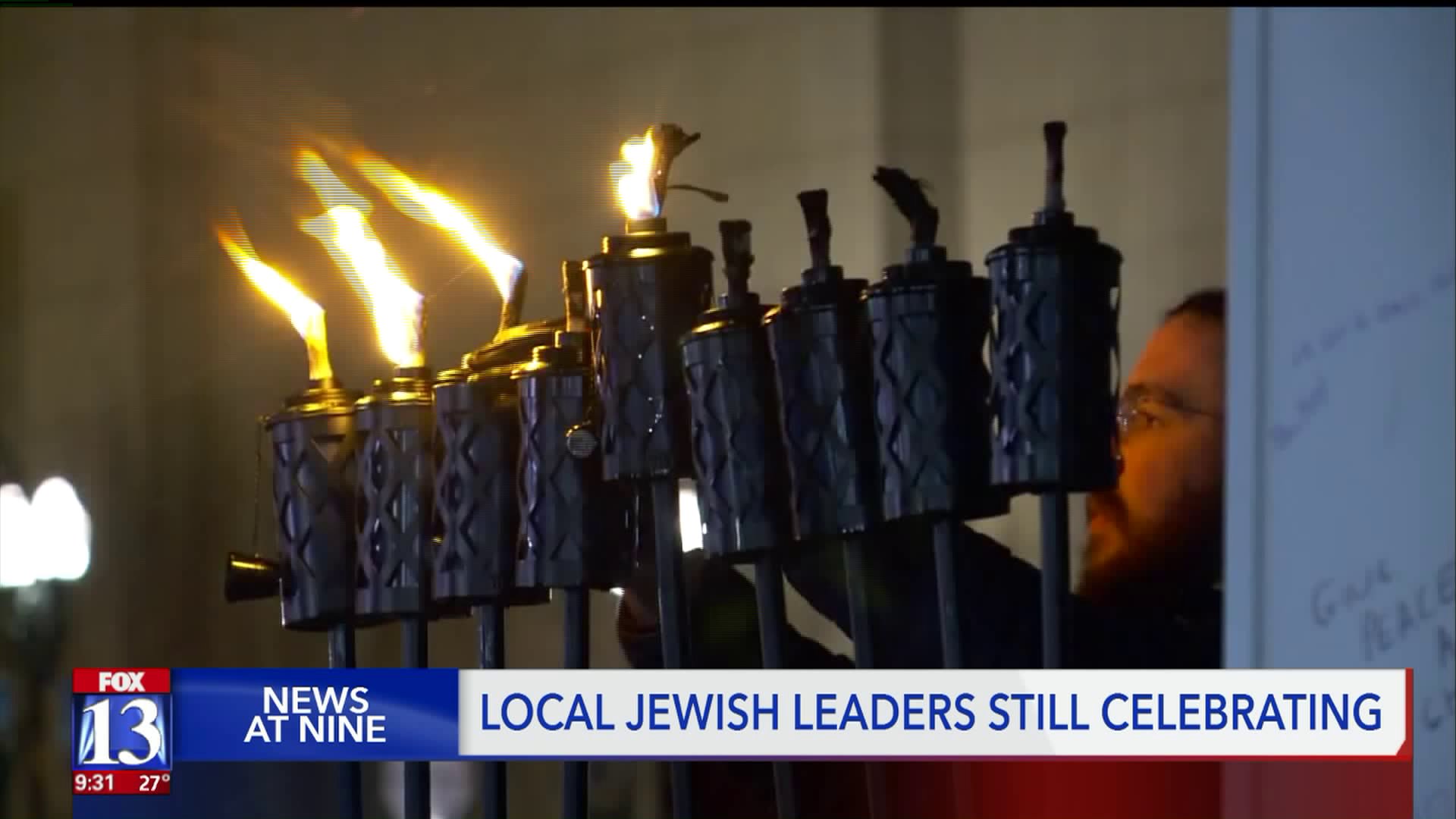 Following a stabbing attack at a rabbi`s home in Monsey, New York, Salt Lake City Police were on hand Sunday while the local Jewish community celebrated the final night of Hanukkah. 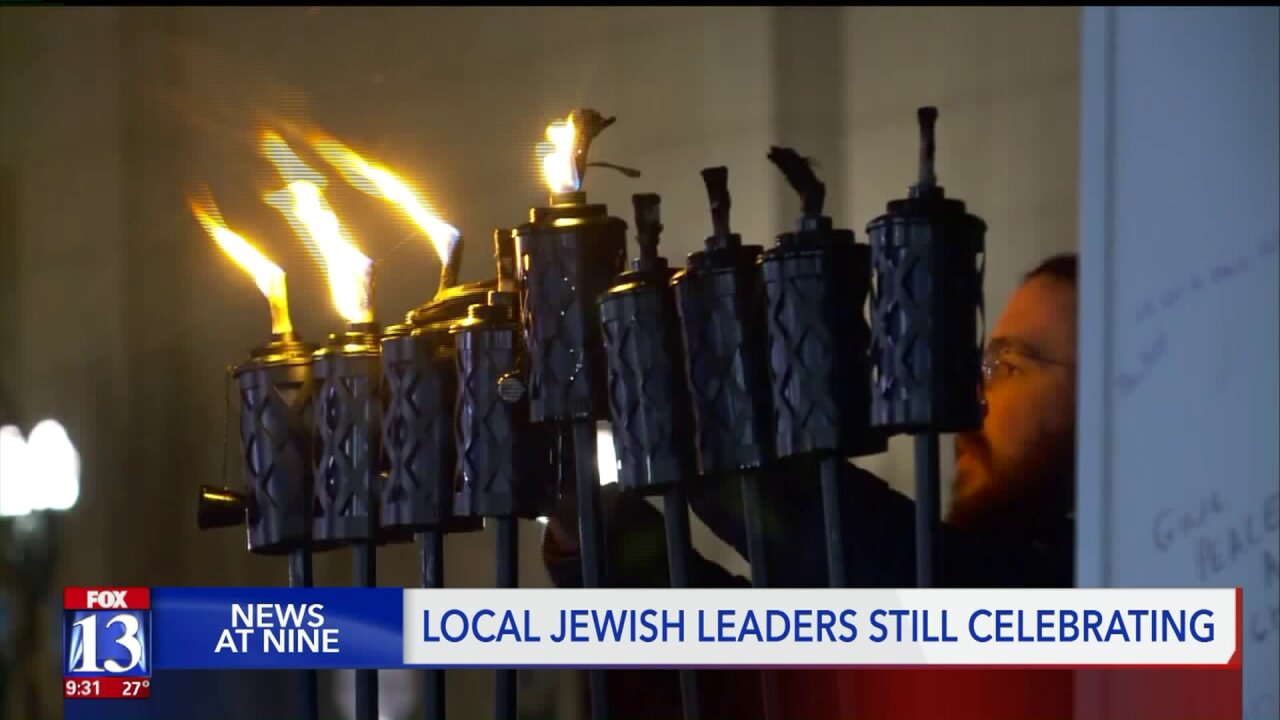 For the last eight nights, the local Jewish community has gathered in front of Abravanel Hall off of South Temple and West Temple in downtown Salt Lake City to celebrate Hanukkah.

“[It’s] the victory of good over evil, of light over darkness, of freedom over tyranny,” Rabbi Avremi Zippel with Chabad Lubavitch of Utah said as he prepared the oil in each torch on a large Menorah, placed just off of the sidewalk.

Every night, the community — Jewish and non-Jewish — has been invited to accompany those who follow the faith as they light a large Menorah. For the first time this year, the Menorah is accompanied by two white pillars, which read, ‘A little bit of light can dispel a lot of darkness’ — erected in honor of the victims of a shooting at a Jewish market in New Jersey just two weeks ago.

But on the eighth and final night of the holiday, Salt Lake City Police were in tow, guarding the celebration with their patrol cars lined along the street and officers on the sidewalk.

The security response comes in wake of a Saturday night attack at a rabbi’s home, marking the latest in a string of incidents that have targeted the Jewish community in New York.

“I mean, above all, you’re deeply saddened that we can’t all just get along," Zippel said. "Jews don’t have the ability to live safely and securely within the four walls of their own homes anymore."

Despite being stuck, once again, in the midst of darkness, they are finding and creating light on the final night of Hanukkah.

“All we can do is continue to do our part to try and make the world a better place and hoping that a cumulation of all of those actions will indeed have a better effect on the world,” Zippel said.

“When something strikes, we only respond with more lights," Zippel said. "We show solidarity and we show strength and we don’t cower in fear."

The rabbi said Jewish communities as a whole have done what they can to increase security, even monitoring how many armed persons are in attendance during gatherings.

The Menorah will be taken down on Monday once the celebration is complete.