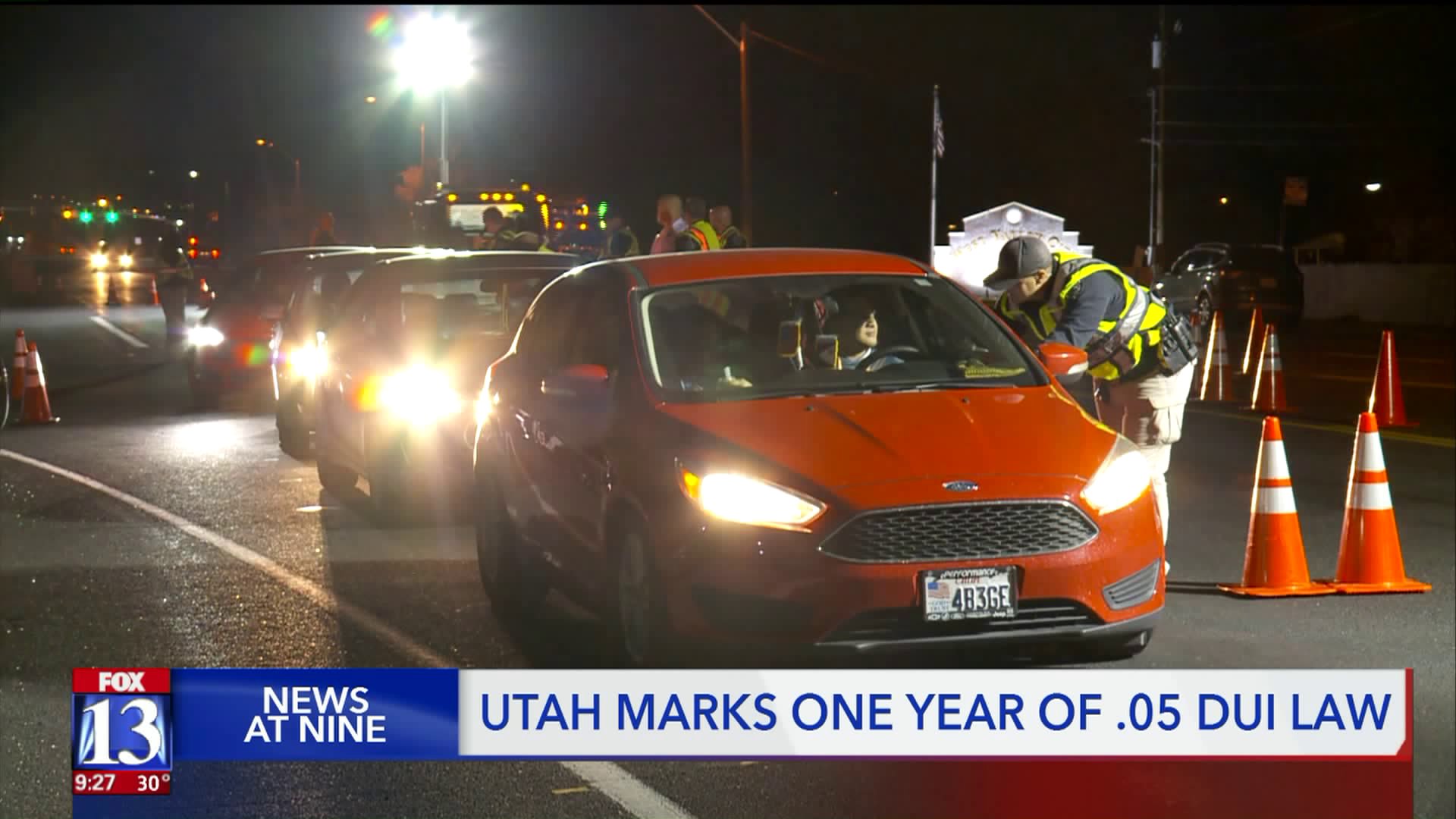 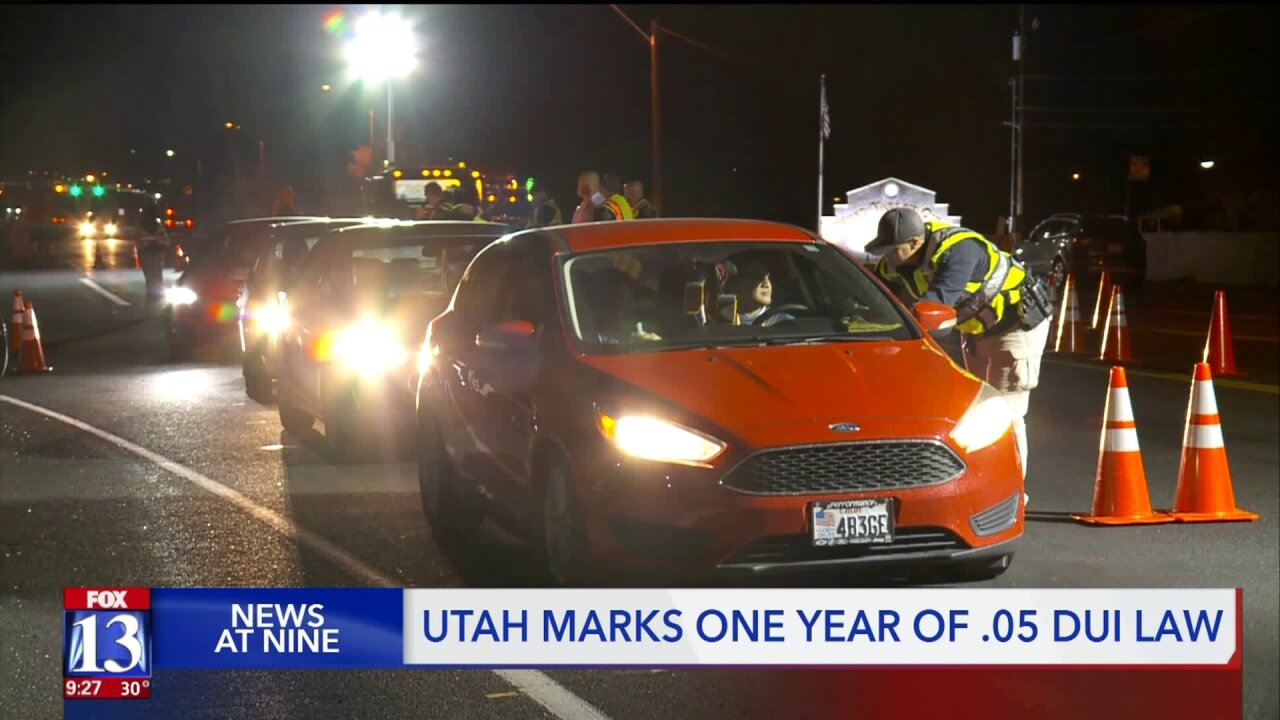 But so far, the state has not recorded a significant number of DUIs at the new blood alcohol level of .05.

"On average, the state of Utah in total law enforcement agencies arrest about 10,000 DUIs a year," UHP Colonel Michael Rapich said. "We’re within the ballpark of that this year. Maybe a little more than that."

Speaking on "Utah Booze News: An Alcohol Policy Podcast" produced by FOX 13 and The Salt Lake Tribune, Col. Rapich said the data was still being gathered. Alcohol-related crashes were on a downward trend. Of the approximately 10,000 DUI arrests statewide, about 7% were at a level below .08 (the old legal limit).

"I can tell you this, from tracking it every quarter and every month, it seems to be pretty consistent from what we’ve seen in the first quarter," Col. Rapich said.

He acknowledged the majority of arrests were well above .08.

"Absolutely. In fact, I think looking at last year’s numbers, the 2018 numbers, about 7% were below .08," Col. Rapich added. "The numbers we’re tracking right now the percentage is lower."

The final numbers will be made public in late January. Lawmakers, industry groups and policy watchdogs have been eagerly anticipating them.

For David Morris, the president of the Utah Hospitality Association, a group that represents bar owners statewide, the numbers given out so far aren't terribly surprising.

Morris, who owns the popular Piper Down bar on the edge of downtown Salt Lake City, said he has seen more rideshares to and from his establishment. It's convenient, not cost-prohibitive and doesn't require someone to be the designated driver, he said.

"People respond better to a carrot than a stick. It just is. So if you can go have fun, have a good time and be safe, that’s what you’re going to to choose," Morris said. "But we’re in a place where we end public transportation before we end the sale of alcohol."

When the Utah State Legislature passed .05, making Utah the nation's toughest anti-drunk driving law, hospitality and tourism groups worried it would have a negative impact. Utah already has a perception of "weird" liquor laws. An alcohol beverage lobbying group ran ads mocking Utah with the tag line "come on vacation, leave on probation."

Morris said his bar sales are flat compared to previous years, but he doesn't know if .05 is a factor. Like the UHP, he wants to see more data. But Morris noted the majority of arrests still being well above the old legal limit.

So far, there has been no appetite in the legislature to modify or repeal .05. Many lawmakers on Utah's Capitol Hill have told FOX 13 they believe it is here to stay. Now, other states have contacted the UHP and expressed interest in their highway safety data as they are considering their own legislation to lower the blood alcohol level.

Col. Rapich said he was supportive of it, arguing it has been a good policy to help reduce drunk driving and alcohol-related crashes.

"It’s not taking any kind of an attack against the drinking population or the alcohol industry," he said. "It’s about making good decisions and let’s not have tragedies on the road."

The Utah Highway Patrol was gearing up for a DUI enforcement blitz on New Year's Eve, but it is not the top holiday for drunk driving. The agency said that would be the annual state holiday of Pioneer Day, which has held the title for about 10 years now, followed by Halloween.