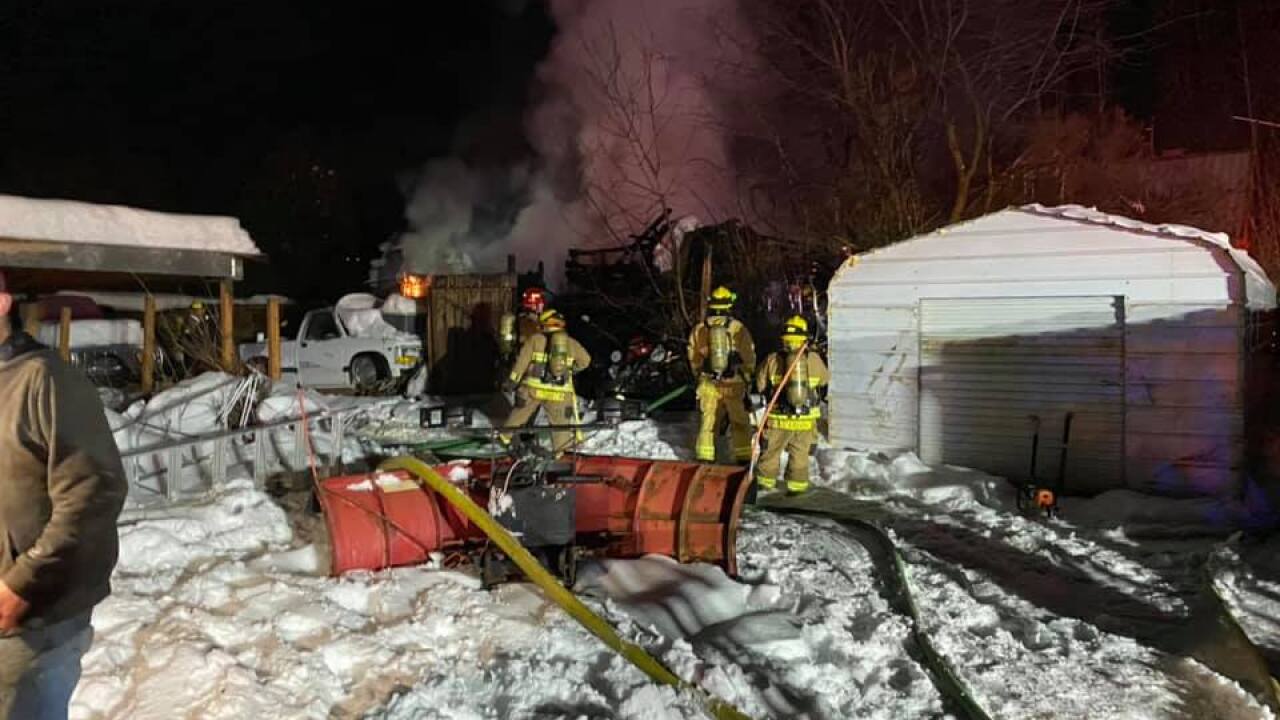 HUNTSVILLE, UTAH – Weber County Fire responded to reports of a building that was fully engulfed in flames at approximately 8:20 Saturday night.

Crews worked quickly to get the fire under control, and keep it from spreading.

One firefighter was treated on scene for difficulty breathing before being released.

No other injuries were reported.

The cause of the fire is currently under investigation.