Tribal, environmental groups ask judge to side with them on Bears Ears, Grand Staircase-Escalante national monuments 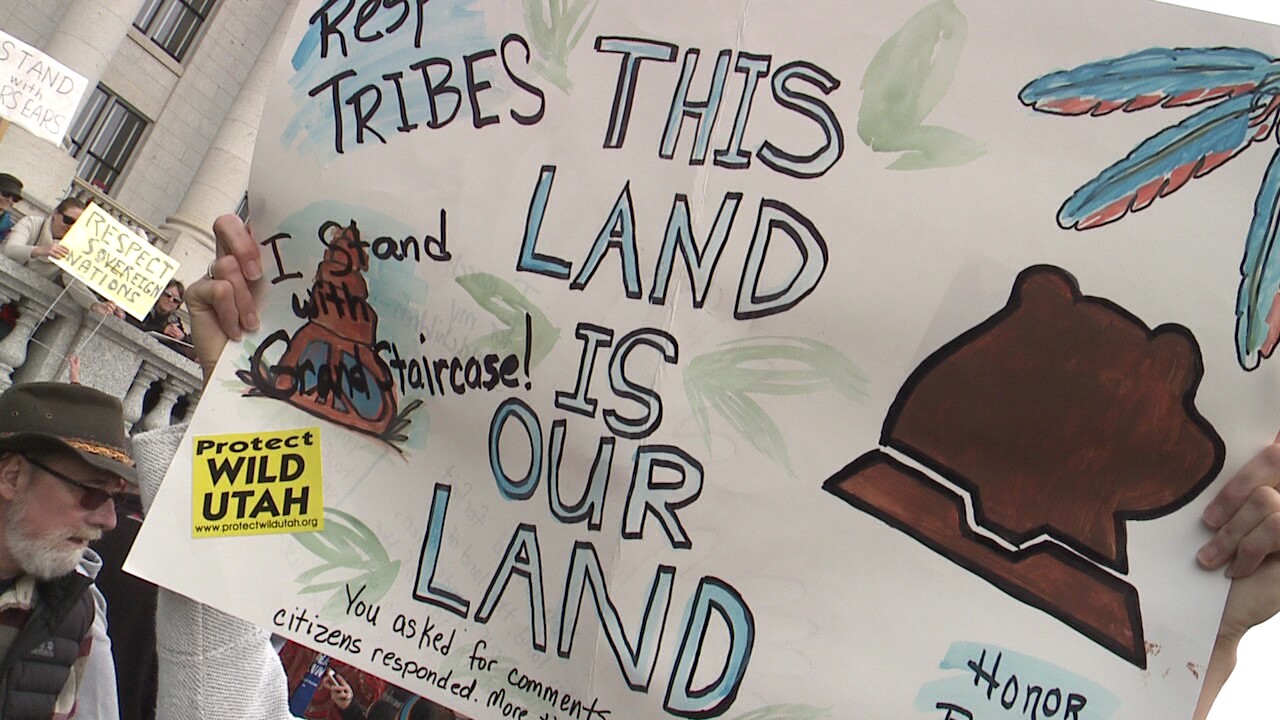 SALT LAKE CITY — In a pair of federal court filings, a coalition of Native American tribes and environmental groups are asking a judge to rule that President Trump overstepped his power when he shrunk the Bears Ears National Monument.

“In an act untethered to principle or caselaw, President Trump did what no other President has done: revoked a national monument and replaced it with two small units comprising less than 15 percent of the original size of the Monument. In so doing, he acted well beyond the law and well beyond the Constitutional limits of his power,” Natalie Landreth of the Native American Rights Fund wrote in a motion for summary judgment.

The tribes banded together to push President Obama to create Bears Ears National Monument to protect it. They accuse President Trump of shrinking the monument a year later “in an effort to free up lands for uranium mining and other extractive industries.”

“A stunning abuse of the Antiquities Act by any measure, the Trump Proclamation removed 85 percent of the original monument lands from protection, and removed 100 percent of protection from tens of thousands (and likely more) of cultural objects in the excised lands. The Antiquities Act – a law created specifically to protect historical objects and places – was used instead to remove protection from irreplaceable historical objects and places,” Landreth wrote.

The president had no authority to do that, the tribes and environmental groups argue in their respective court filings.

The president shrunk Bears Ears and the Grand Staircase-Escalante national monuments, earning praise from many of Utah’s political leaders but the protest of tribal and environmental groups.

“Independently, Congress has fixed the boundaries of Grand Staircase through specific legislation following the Monument’s creation; thus, the President is prohibited from acting unilaterally to diminish it the same as he is unable to contravene any other validly enacted statute. The 2017 Proclamation ignores these subsequent Congressional actions that adjusted and codified the Monument’s lands and boundaries. No Court has ever endorsed the view that the President may reduce the size of national monuments or eliminate monument protections. Nor has Congress ‘acquiesced’ to Presidential authority to eliminate monument protections,” Gary Guzy, an attorney representing Grand Staircase Escalante Partners, Society of Vertebrate Paleontology, and Conservation Lands Foundation wrote in a filing.

The Trump administration, which will respond to the motion in time, has long argued the president does have the authority.