Where are your donations really going? Lantern House addresses concerns over donations distribution 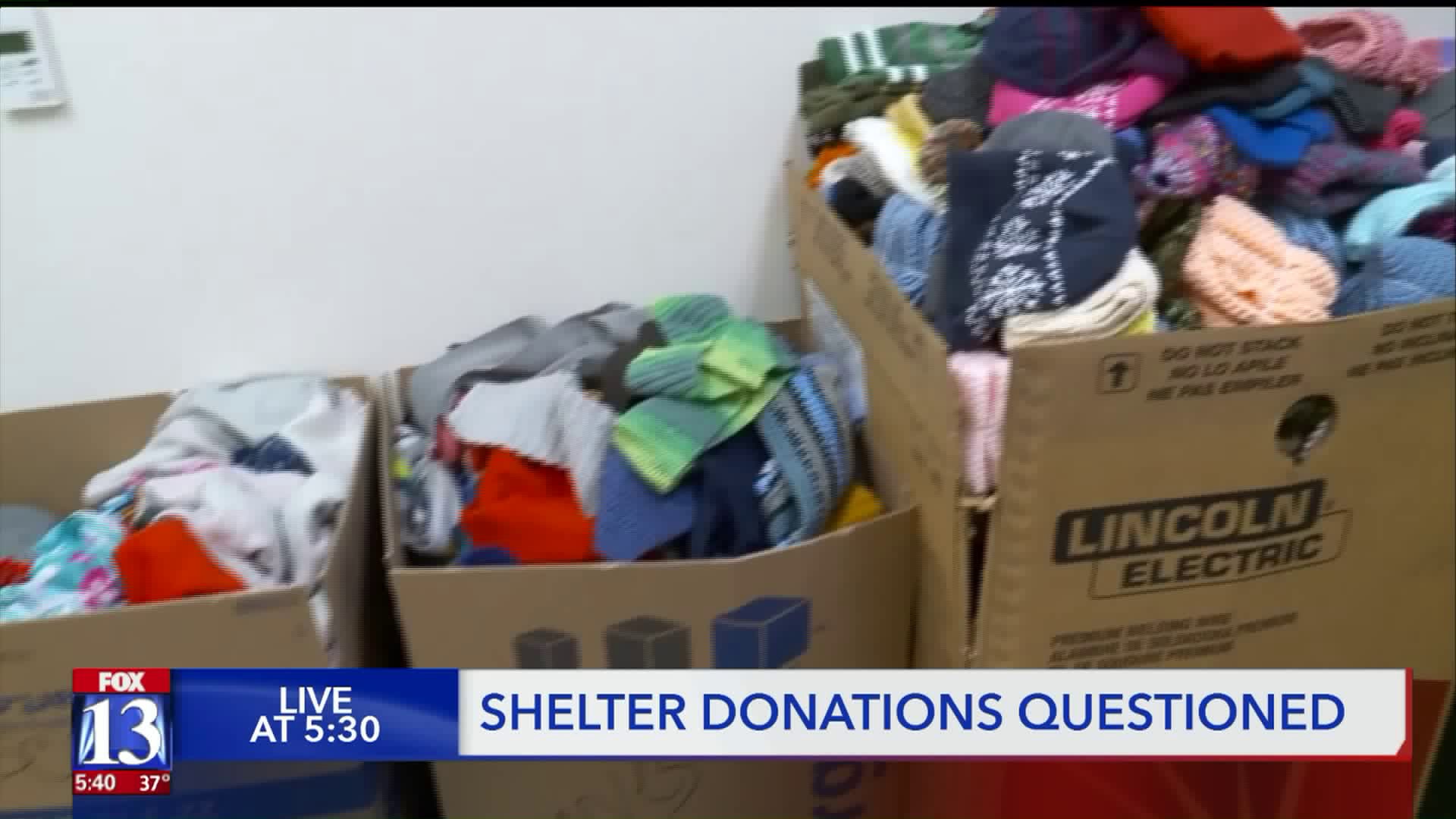 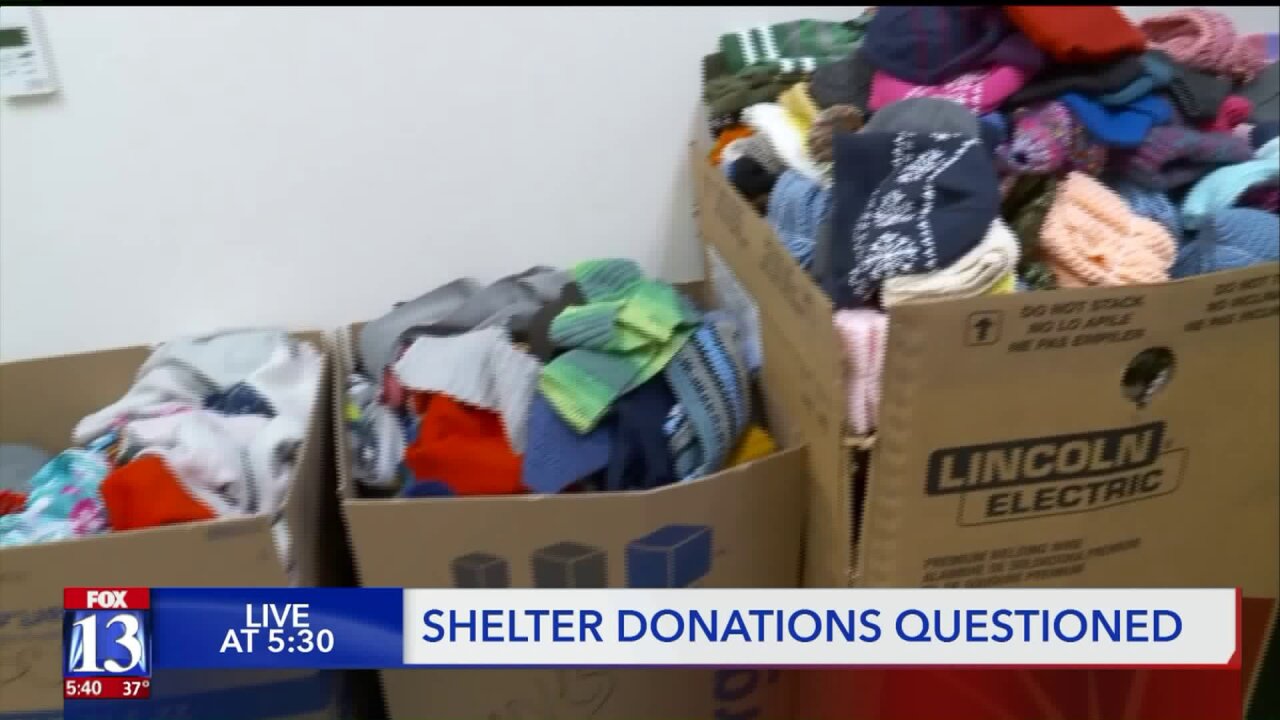 OGDEN, Utah — A local homeless shelter is addressing concerns after community members came forward claiming the organization was withholding donations, selling them for profit, and allowing employees to keep them.

Thursday was a typical day at Lantern House. Dozens of people in need lined up around the building, waiting to be let in for a warm meal. Inside, another line, as a handful of people were allowed in one at a time to grab a tray and go down the line. Today’s menu, some beef, carrots, peaches, a cookie and a side that looked like pasta salad.

This is a daily routine for hundreds of people who utilize services at Lantern House. Between food and sleeping services, the homeless shelter provides for more than 500 people a day.

“It was extremely difficult,” said Mersade.

Having spent four months living at Lantern House, t’s a situation Mersade and her three children know all too well.

“I wasn’t able to afford the rent for me and [her],” she said as she patted her arm around her 7-year-old daughter. “I’ve got two others.”

“We did have somewhere to go, but it turned into a pretty abusive manipulative situation and I decided it was best to keep my kids and me together and start over and try again on our own,” she explained.

Mersade and her family spent four months living at Lantern House until they were able to get back on there feet and back into an apartment.

Despite seeing bins of clothing lining the kitchen walls and a number of closets jam-packed with donations, Mersade said one of the biggest challenges was finding clothing for her five, seven and 12-year-old kids.

“You see so many people bringing just bags and bags and bags,” Mersade said. “I’m going, ‘I know there’s tons of stuff in there but we still can’t get exactly what we needed.’”

Mersade isn’t the only one with concerns.

After a Facebook post on a local Ogden community page accused the shelter of refusing to give a backpack to a homeless man, hundreds more came forward claiming donations were being mishandled by Lantern House.

Some residents claimed they also knew someone who was denied items by the shelter. Others claimed mass amounts of donations were being sold to local thrift shops, or donated to receive a tax write off. Many others, claimed employees were taking donations for themselves.

“It’s frustrating because we are so grateful to be a landing spot for donations, but to think people think we don’t give them out and we just keep them for ourselves, that’s not what our mission is about and it’s not what we do,” said Lantern House Executive Director, Lauren Navidomskis.

Lantern House said they do not give bedding items to people, things like sleeping bags, blankets and pillows, because then they would not have them for people who sleep at the shelter. Other than that, “There’s really nothing that we have that we’re going to say, ’No, you can’t have that,’” Navidomskis said.

When FOX 13 heard about the community concerns, we called Lantern House to learn more.

We saw the bins lined along the kitchen wall — full of hoodies, jackets and coats, for the taking. We saw a walkway filled with hats, gloves, scarves and socks, which Lantern House said clients need only ask to have access to and can take whatever they want. We also saw a closet filled with ‘specialty items,’ things like new shoes, jeans, ties and other specific clothing.

“If there’s any specialty items, they can always request that at the front desk,” said Navidomskis. “Then they can also access it in our clothing closet which is available two times a week and in the morning from nine to 12.”

Mersade said at one point she tried to request underwear for her 5-year-old son, but never received them.

“You fill out a paper as a request and they tell you which days the closet is open, it’s always, ‘Okay, well we weren’t able to do it today,’” Mersade said. Navidomskis admits sometimes when they have a lobby full of clients and only one staff member at the front desk, item requests can be tough — but they do fill them, even if they need to ask the person to come back the next day.

The last thing FOX 13 saw, was the donation storage room.

“I mean, that’s the reality of it, I don’t want to hide anything,” Navidomskis said as our reporter and photographer stood in the room with her.

A large, rear portion of the room was stacked high with bags full of donations.

“This is what’s left of the Christmas donations,” Navidomskis said they probably had twenty times that during the giving season.

Lantern House said they have had to open up the storage room (as well as the kitchen) to provide sleeping space for 80 extra people during the winter months, so access to the room has been limited. They also said with a staff of 34 and just one donation coordinator, they haven’t had the manpower to finish sorting.

“We go through each bag that’s given to us, we don’t just take the bag and put it in these bins because not all of the time do we get the most quality donations, sometimes we get holes in pants or holes in shirts or zippers that don’t work and we’re so grateful for those, but it’s hard to give those to those in need when they’re humans just like us,” Navidomskis said. “We try to have the quickest turnaround and everything, but it’s a lengthy process.”

Even so, the donations in the storage room account for a fraction of the donations they actually receive. For residents, that leaves one big question…

“You see all these nice donations come in,” Mersade said. “Where is all of this stuff?”

Contrary to what many are saying online, it’s not being donated to thrift stores — Lantern House is a registered non-profit, meaning they can’t receive tax write-offs for making donations.

The donations aren’t being sold either. If you look at their finances reported in 2018 on their Form 990, they did not earn a single dollar from ’selling inventory.’

As for the other accusations, Lantern House said none of the items go to their own employees.

“I can assure you that that’s not the case,” Navidomskis said as she shook her head. “We go through donations, we put them here and then we have partnerships with the community where those things go.”

Navidomskis said they work very closely with a number of organizations, oftentimes sharing donations to help provide for more people.

“We work very closely with YCC, Family Crisis Center, so they receive some… the Catholic Community Services, we have a great partnership with them, Housing Authority,” Navidomskis listed. “Our outreach team, youth services and Weber Housing Authority are getting clothes and items to take to take to those out on the streets, and then to local churches.”

Still, people who have used the services, said there needs to be a change in order to provide more for the people in their facility.

“Honestly, you get the feeling that most of them just don’t really care,” Mersade said.

“What they’re donating is going directly to the need and we have a mission, and those that we serve here, your donations are making a direct impact in helping those,” Navidomskis said.