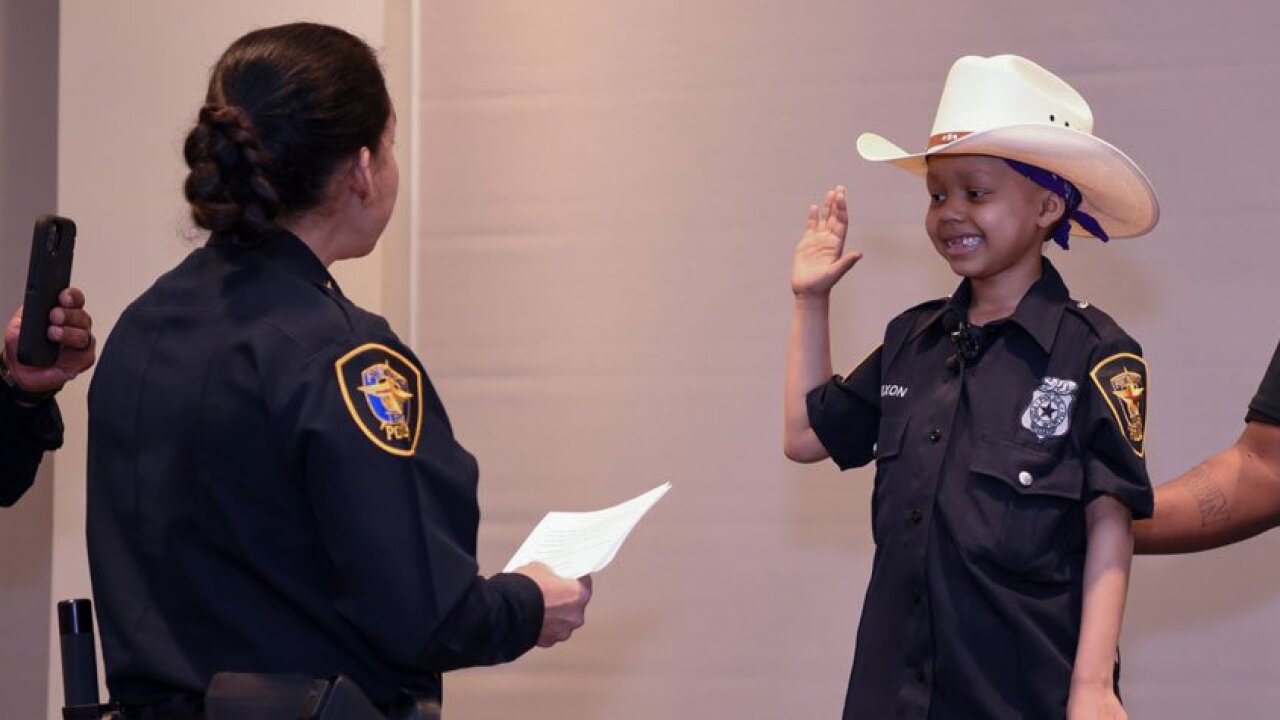 Adriana Nixon could hardly contain her smile or giggles Thursday as she became an honorary Fort Worth police officer. Source: Fort Worth Police Department

FORT WORTH, TX (KTVT) — Adriana Nixon could hardly contain her smile or giggles Thursday as she became an honorary Fort Worth police officer.

Nixon is a 6-year-old girl with a rare form of liver cancer, so to brighten her and her family’s spirits, the Fort Worth Police Department made her one of their own. She was even taken along for a ride in the department’s Air One helicopter.

Nixon is scheduled to have surgery Monday. The surgery will determine if she will be placed on a transplant list for a new liver.