Customers fed up after Davis/Weber contractor charges thousands, skips out on work 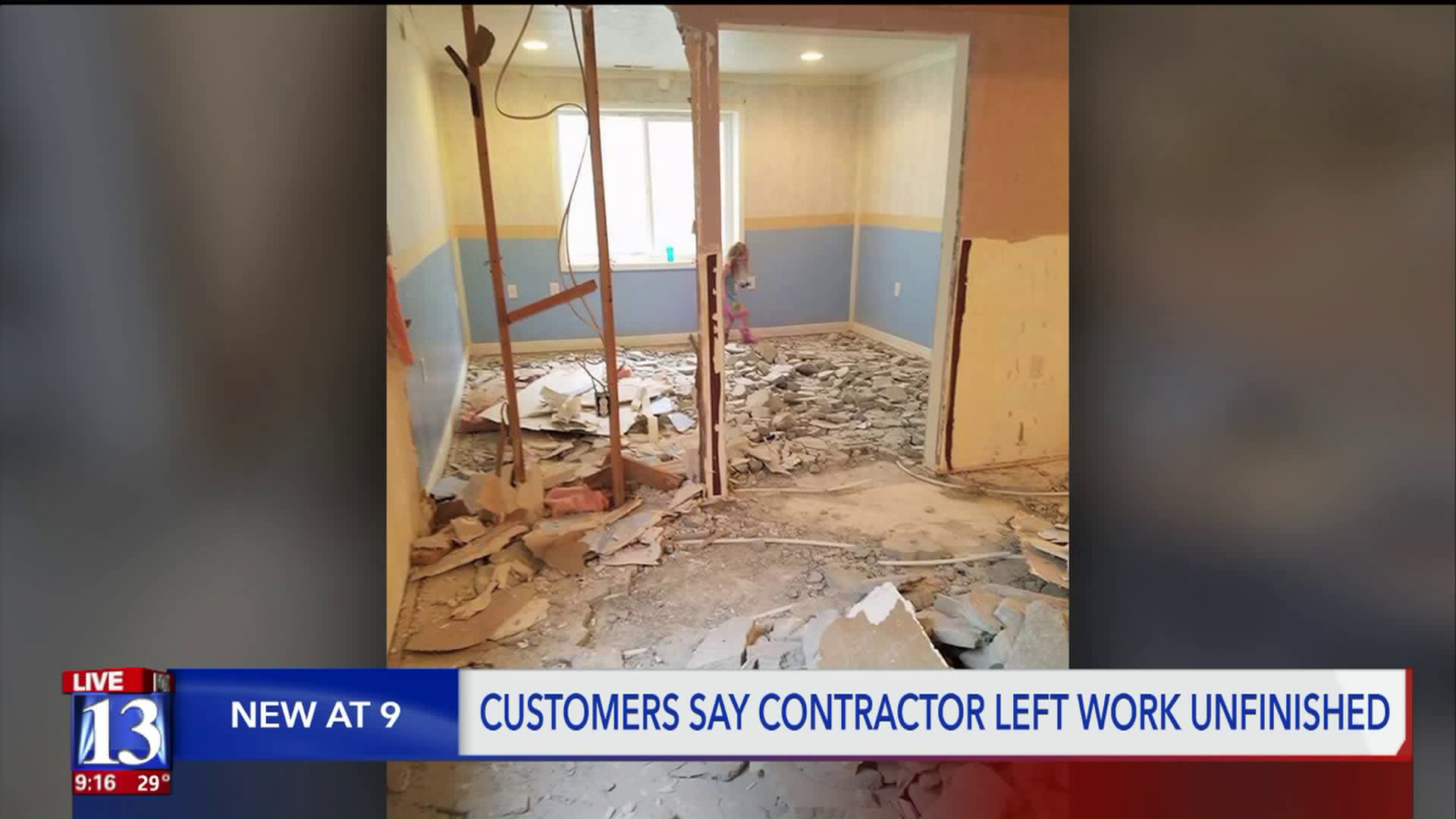 Davis and Weber County residents have a warning about a contractor they said is charging thousands of dollars for work, then disappearing without completing the work. 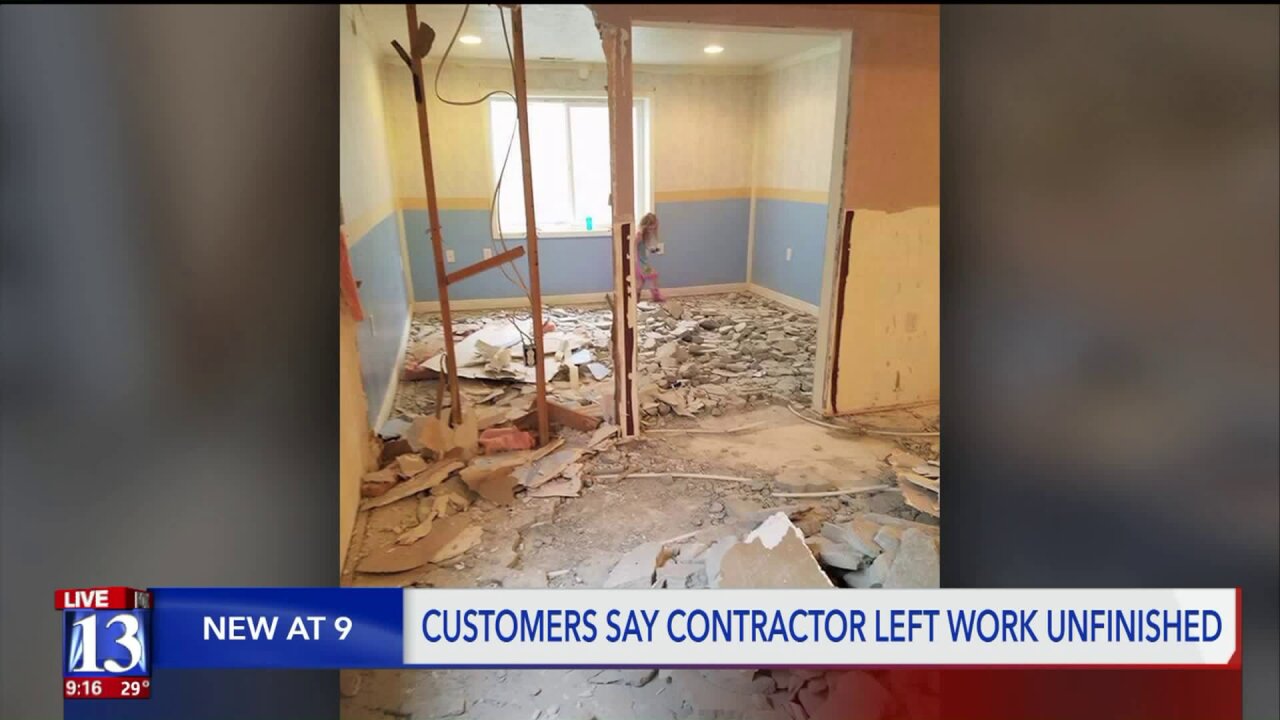 Davis and Weber County residents have a warning about a contractor they said is charging thousands of dollars for work, then disappearing without completing the job.

FOX 13 spoke with several people who provided financial statements and pictures, showing the mess the contractor leaves them in.

Laurie Gilmore is one of those clients. Her basement in West Point is a bit of a work in progress. The bathroom is partway finished and there’s flooring in a corner where she wants to build a kitchenette.

An empty wall, she pointed out, will become an entertainment center.

But there’s a problem: It was all supposed to be done six months ago.

“The total on that was $5,000,” she said, of the bid she received from a contractor. She said the contractor sent her plans, and she paid him $2,500 down through the money transfer app, Venmo.

Gilmore said the contractor tiled the bathtub, and his business partner installed flooring in the bathroom and kitchen.

According to the bid, that was under $500 worth of work.

After that, they never came back.

“Just continuous no show,” Gilmore said. “I would even say, ‘This is ridiculous. Like, are you going to do the job, or not?’”

The contractor was full of excuses every time, she explained. Eventually, he stopped responding and she told him she was seeking legal counsel.

“It makes you sick,” she said.

Laurie found out several others have had the same experience as her with this same contractor. FOX 13 is not naming him at this time, because some clients who shared pictures, financial statements and stories feared retribution.

The contractor owns a cabinet business.

One woman said the contractor installed flooring upstairs in her home, and jackhammered the basement at the beginning of her basement remodel.

She said she put down half the cost — $6,000 — upfront. The woman said the contractor never came back and left her basement a mess with concrete everywhere.

Another customer said he fronted more than $1,500 for a drywall installation, but the contractor never showed up. That customer ended up having to buy drywall and installing it himself.

A woman said she hired the contractor and put down a $1,250 deposit to paint, install trim, hang doors and replace windows. She said he came to her home one time to mix mud. He never came back and stopped responding to her.

One woman said she paid $1,600 over Venmo for the contractor to install cabinets, but he never installed them.

According to a court record search, the contractor has civil judgments against him from past clients for similar reasons.

FOX 13 spoke to those clients as well, all who are owed several thousand dollars each. They said they have not been able to get payment.

Some of the customers expressed frustration that these cases are civil and they’ve had a hard time trying to open criminal cases.

“I hope that he is charged criminally,” Gilmore said. “He's a thief and a con.”

“I filed with DOPL,” she said. “I've spoken to legal counsel.”

Now, she has advice for others: Sign a contract, be careful how you pay, do your homework and check references.

“Talk to prior customers. Look at the work,” she said. “I wish I would have done that.”