Delta getting exoskeletons from Utah company, letting users lift up to 200 lbs 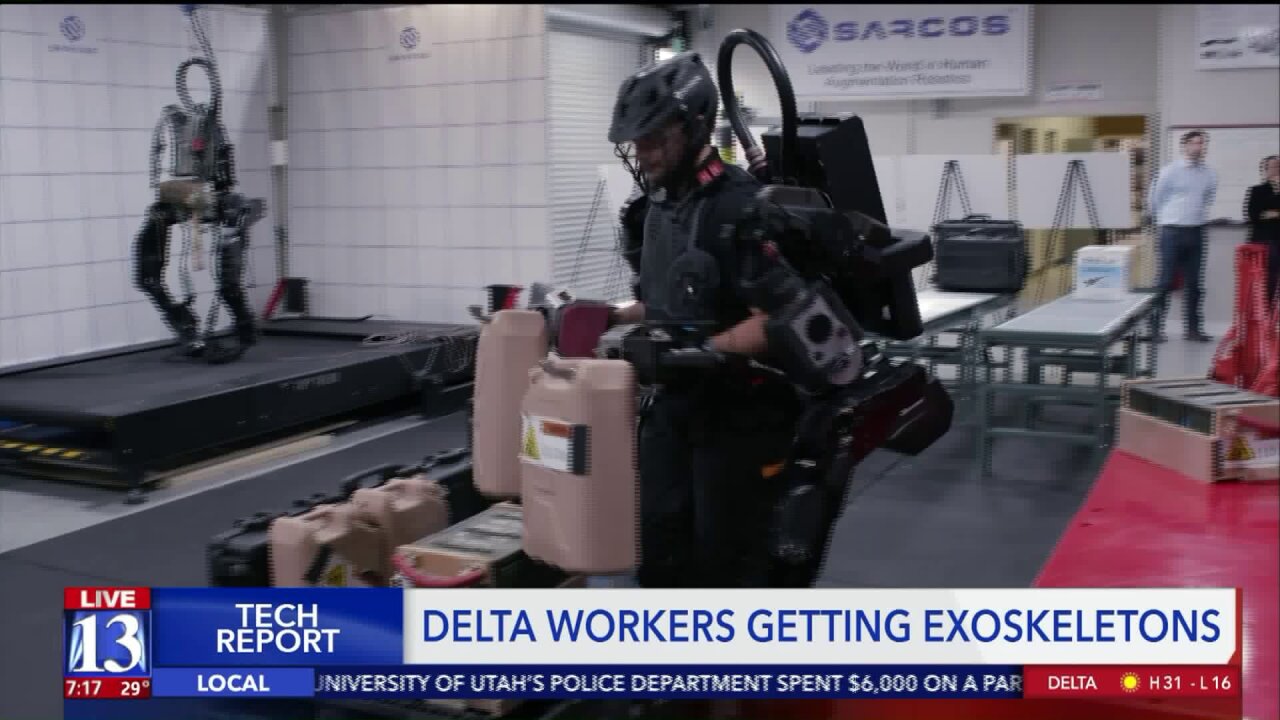 SALT LAKE CITY - A Utah tech company is teaming up with Delta Air Lines to help make people's jobs easier, and maybe even save you some time.

Sarcos unveiled a full-body exoskeleton at The 2020 Consumer Electronics show that lets people lift heavy objects with ease and Delta says they want their employees to start using it very soon.

Guardian XO looks like something out of the movies or even video games, but it's a real-life piece of technology that lets a human lift up to 200 pounds repeatedly, for up to 8 hours at a time, without straining or getting tired.

Sarcos says the user bears none of the weight of the exoskeleton or what it's carrying. It can also be put on or taken off in under a minute.

Ben Wolff, the CEO of Sarcos Robotics says, "Imagine if we could turn our team members into superhumans. Giving them superhuman strength, superhuman endurance, the ability to safely lift a lot of weight."

Carolee S. works at Delta Air Lines in Salt Lake City and has been testing the exoskeleton suit. She says, "It`s really simple when the robot`s doing all the work. It`s lessening the load on your arm so a lot of the stuff you think you can`t do, the robot`s doing for you."

The exoskeleton could help ground crew transfer your luggage onto and off of your flight quicker, therefore making your departure and arrival faster.

Jeremy L. is a cargo worker at Delta Air Lines and says, "It`s exciting to see how we`ll be able to use it in the workforce. Hopefully, with this new exosuit it will help prevent a lot of injuries that may happen."

Guardian XO could also speed up the time it takes to perform maintenance on aircraft with heavy objects.

Willy Barnett is the innovation strategist at Delta Air Lines and he says, "More people have opportunities to stay in their current roles longer because they can do the job longer. we have employees who love what they do and would love to do it forever. this technology can actually help that."

Delta plans to test the tech in a pilot location during the first quarter of 2020.