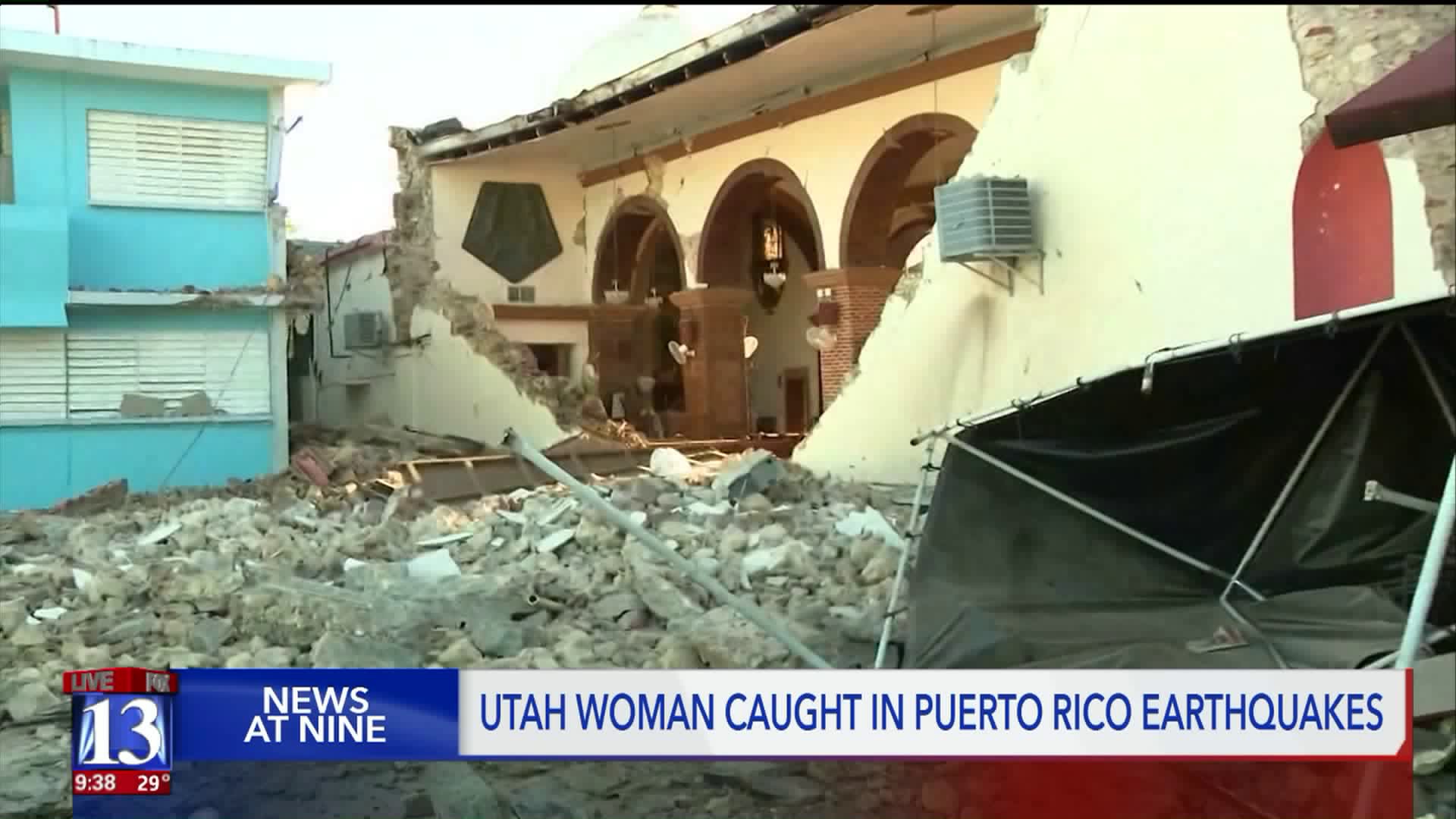 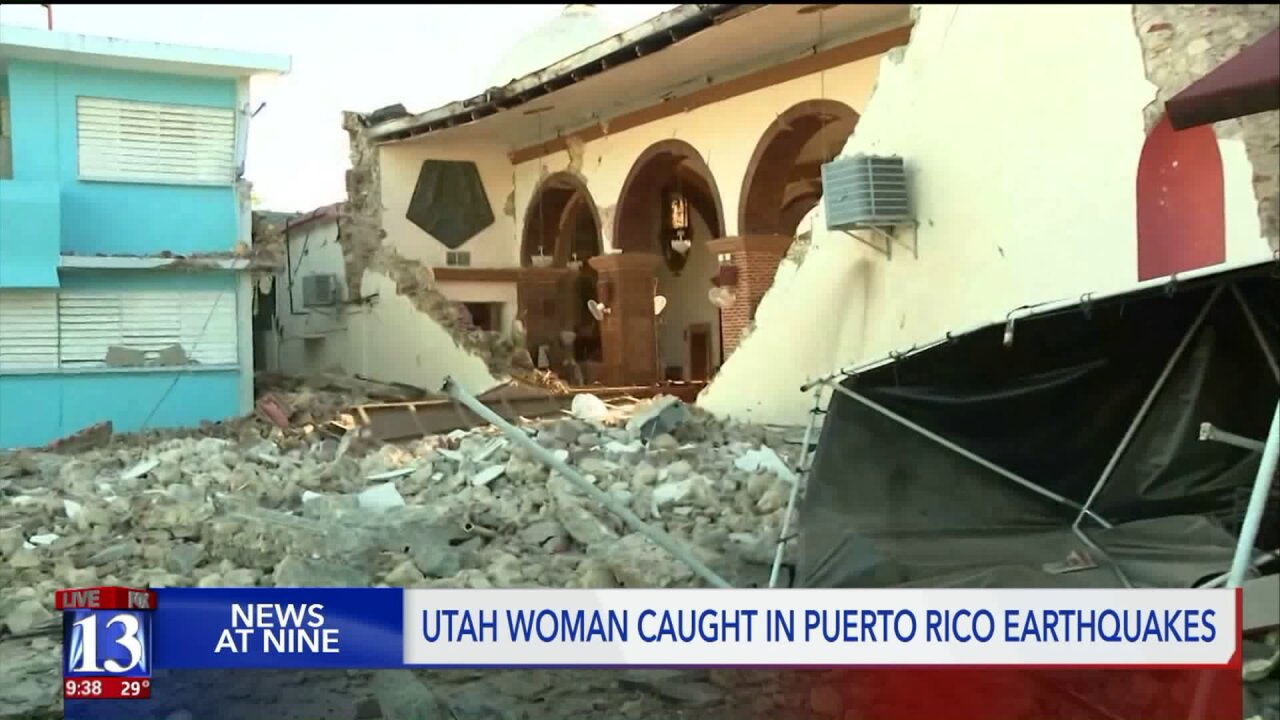 PUERTO RICO — Earthquakes are continuing to damage homes and buildings in Puerto Rico and are now linked to numerous deaths.

"We go there on December 25, so our purpose was to go celebrate Christmas with my family," said Dorany Rodriguez, who was born and raised in Puerto Rico but now calls South Jordan, Utah her home. "We had an activity on December 28 — that's when we could feel that there was something happening."

The following week, on January 7, she was with her three children and her parents in Bayamón, a city in the northern coastal valley.

"When I woke up I was screaming because I heard a noise, that's the first thing I heard, it was like an explosion," Rodriguez recounted as the earth shook. "For me, it felt like an eternity but I'm assuming it was just seconds."

Even in the northern part of Puerto Rico, the earthquakes could be felt. A 6.4 magnitude earthquake struck Tuesday, followed by aftershocks and more quakes on Friday and Saturday. Most of the damage done has been in the southern part of the island.

"It's really sad when you see all the houses that have collapsed. There are so many buildings, historic buildings that have in different cities," said Rodriguez, whose parents have lived in Puerto Rico all of their lives. "They don't want to leave the island. We tell them, 'Please come. We'll bring you here'... I have a brother that lives in Florida, I'm here (Utah), and we say 'You need to come' and they don't want to do it."

Through years of devastation from hurricanes and earthquakes, Rodriguez sees the strength of her native island and culture.

"There's something about Puerto Ricans: they're very resilient. They've been through a lot," said Rodriguez. "They don't like to see others suffering, and even if they don't have much, whatever they have they're willing to give it away just to help others."

Utahns founded 'Light Up Puerto Rico' in 2017 after Hurricane Maria. The group provides those on the island with relief after major disasters, such as the recent earthquakes. They've been providing tents for people to sleep in for those fearing the collapse of their own homes in addition to necessities such as batteries, lights and additional supplies.

"They're so scared that they're just sleeping outside. It's really hurting us seeing that from here," said Rodriguez. "Funds would always help just so we can continue to buy new materials to help people rebuild."