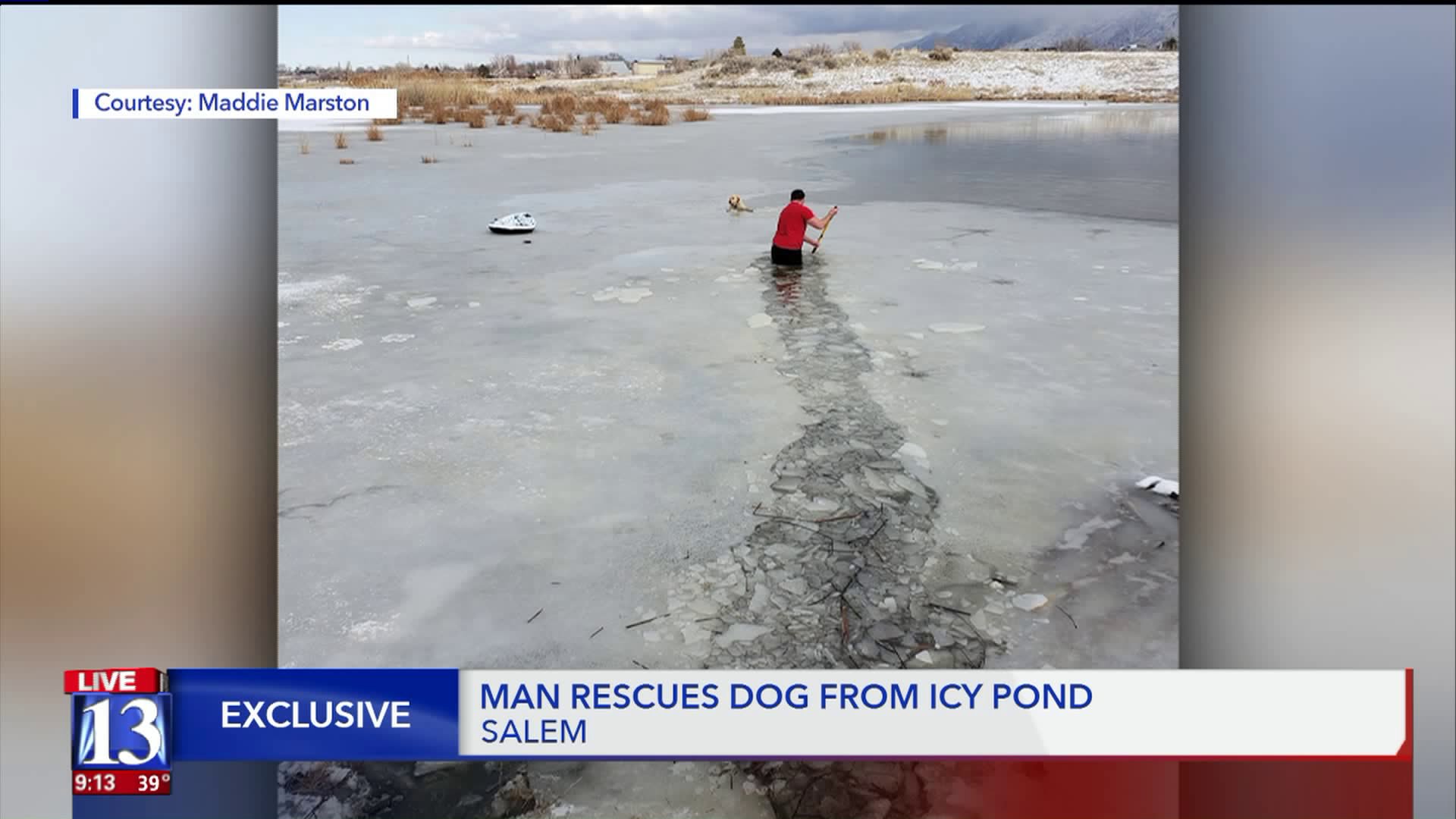 A former member of the U.S. Army sprung into action, cutting through ice to rescue a dog that had fallen into a Salem, Utah pond on Friday morning. 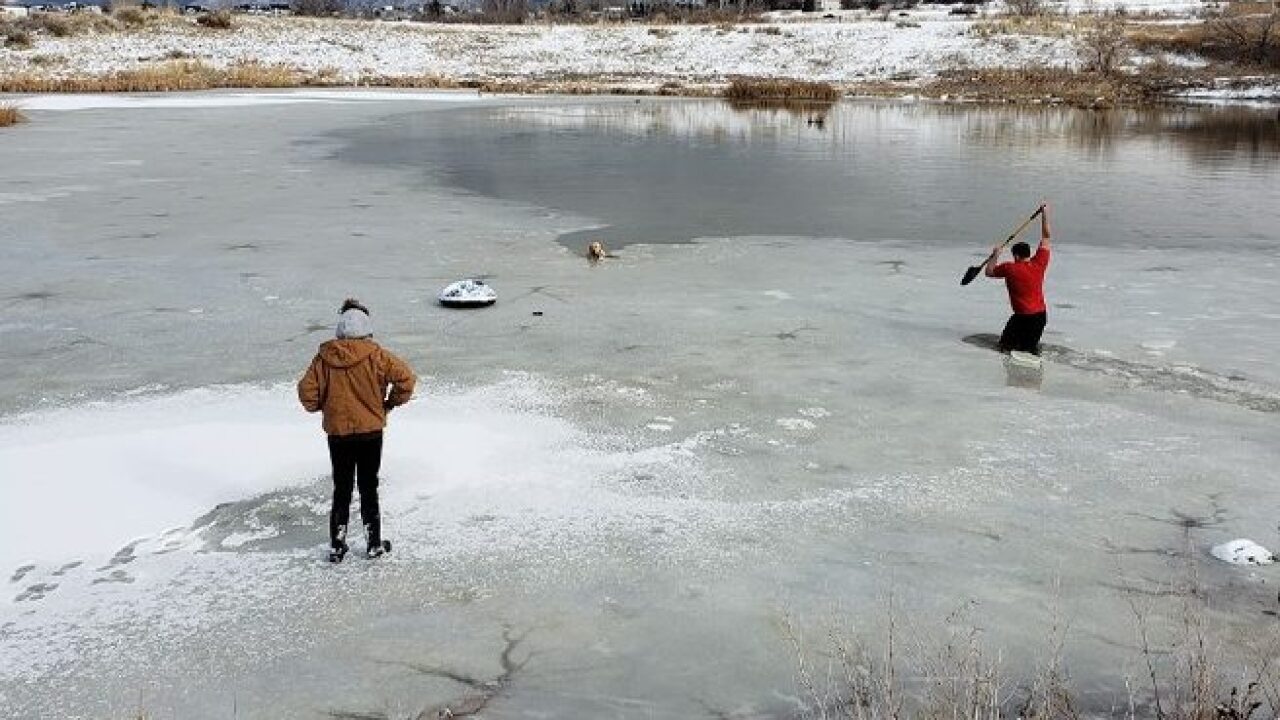 SALEM, Utah — A U.S. Army veteran sprung into action, cutting through ice to rescue a dog that had fallen into a pond in Salem Friday morning.

“Totally panicking, I got a little teary-eyed, I didn’t want him to drown,” said Maddie Marston, who first noticed a teenage girl throwing a ball onto the partially-frozen pond. “The first time the ball got thrown, I had that panic instinct. I was like, 'Oh, this is not going to end well.' And then he got back up, and I was like, 'She probably saw that he was breaking through the ice a little bit [and] won’t throw it again.'”

Marston was sitting in her house looking out at the pond when the dog fell through the ice. She called out for her boyfriend, who quickly put on swim shorts and took off out the door. Marston says he grabbed a shovel and started cutting through the ice while wading out towards the mid-sized dog.

“I offered to trade him once, and he was like, 'I don’t want you getting hurt,'" said Marston. "If I had gone in there, it probably would have been clear past my waist."

As her boyfriend got closer to the dog, the pounding of the shovel onto the ice spooked the dog and motivated it to scurry onto the ice and sprint to the shore. Marston's boyfriend followed.

“Being a nurse, my mind went straight to hypothermia,” said Marston about the rescue. She says her boyfriend was in the water for at least 15 minutes; the dog likely a little bit longer. Marston hopes it serves as a lesson for those thinking about going onto the partially-frozen pond.

"I just hope people can teach their kids to stay safe on the ice,” she said.