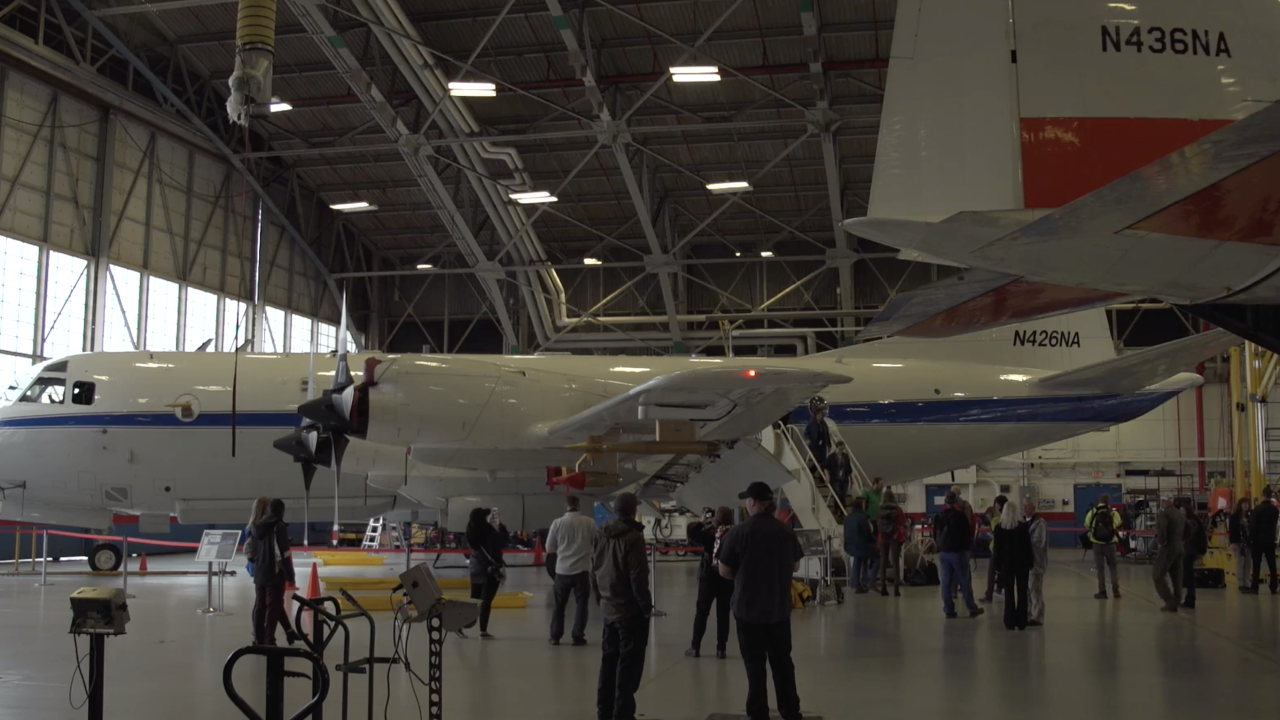 Snow is pretty to look at, but at times, treacherous to encounter: when snowstorms wreak havoc on the ground, it can come with a cost.

Yet, because of limited research, snowstorms are not as well-understood as other weather phenomena.

That’s about to change.

“Snow can have a huge economic impact,” said Lynn McMurdie, principal investigator for a new research project called IMPACTS. “To be able to fly inside the clouds, where the snowflakes form, enables us to study the processes that go into forming the snowflakes that eventually fall down to the earth as snowfall in your backyard.”

It’s all part of a five-year, $30 million research project called IMPACTS, which stands for Investigation of Microphysics and Precipitation for Atlantic Coast-Threatening Snowstorms.

The team is embarking on its first snowstorm chasing flights this month.

“It gets a bit turbulent. The plane is very capable and has great de-icing systems,” said Gerrit Everson, chief of flight operations at Wallops Flight Facility and a NASA pilot. “We would never put our crew or our passengers or the scientists in an unsafe position. So, we do a very good job at mitigating the risk. But, yeah, you do have to be willing to accept a certain degree of turbulence and bumps here and there.”

It’s been 30 years since there’s been a major study of snowstorms like this one. What researchers are hoping to find out this time around isn’t just where the snow is going to fall, but how intense that snowfall might be.

“People think the forecasting is really easy and simple, but it’s actually very complicated,” McMurdie said. “Hopefully, we will be doing a better job so we can help joe citizen know what to do when there is a storm threatening.”

Beyond that, scientists hope to also learn how snowfall can impact the water supply all over the planet.

“We need water to survive and we need to understand how the water goes through the whole earth system,” McMurdie said.