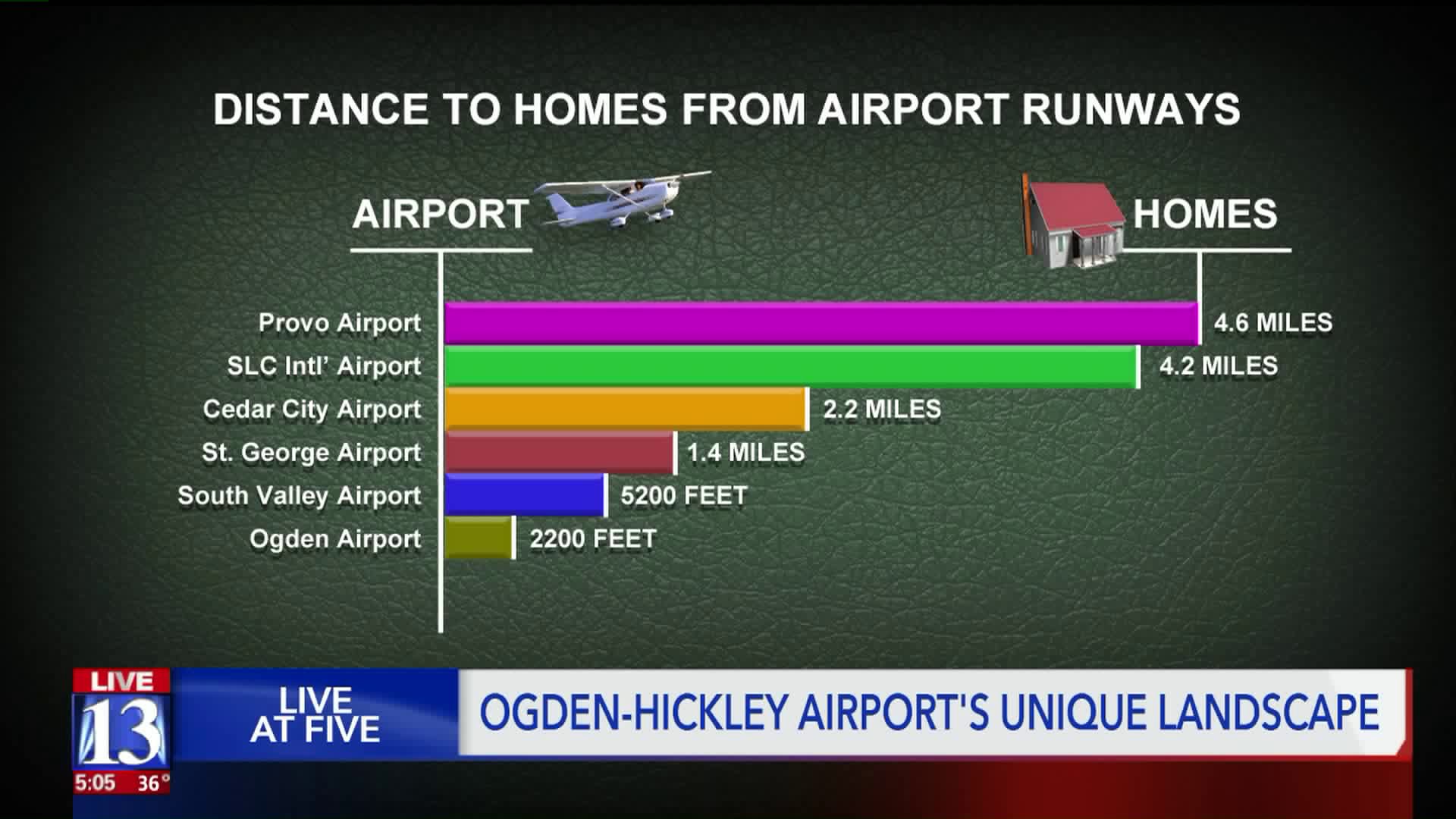 Roy City and Ogden-Hinckley Airport have a serious disadvantage compared to Utah`s other busy airports when it comes to managing pilot and public safety. 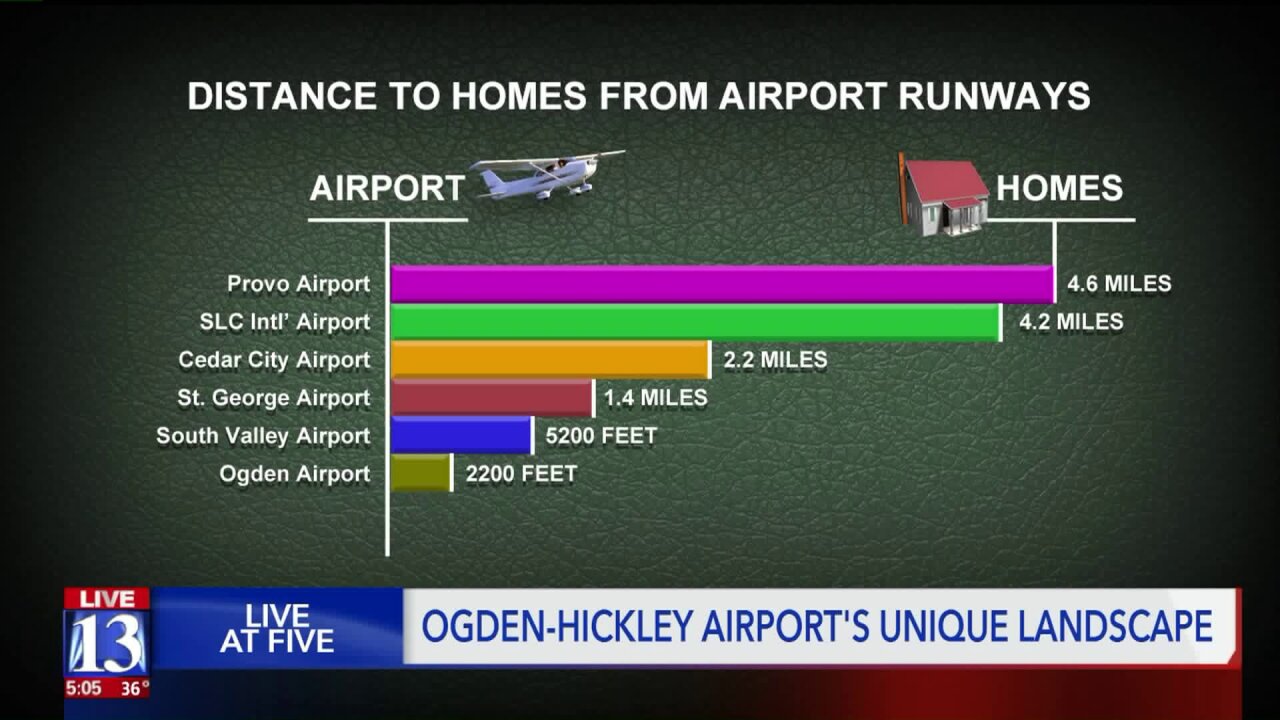 WEBER COUNTY, Utah — Roy City and the Ogden-Hinckley Airport have a serious disadvantage compared to Utah’s other busy airports when it comes to managing pilot and public safety.

The main runway is less than half a mile from homes.

It’s been that way for more than half a century, when residential development came to the corner of 4400 South and 1900 West directly in the southwest flight path from Ogden-Hinckley.

To the northeast, Ogden-Hinckley looks over a sharp elevation loss leading to the intersection of Interstates 15 and 84.

Those conditions have existed for decades, during which Ogden-Hinckley has grown in popularity to the point where they now claim the title as Utah’s busiest airport for private planes.

The story above looks at how close homes are along the flight paths of Utah’s other busy airports.