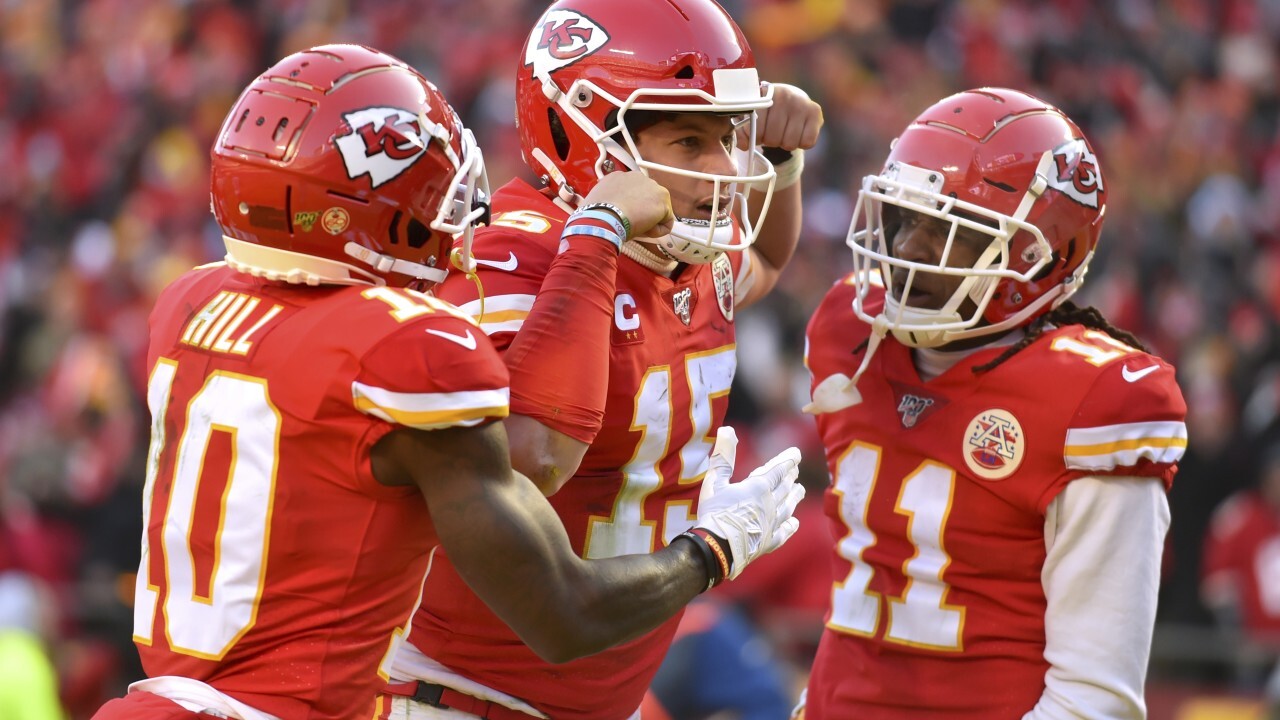 Kansas City Chiefs’ Patrick Mahomes (15) celebrates with Tyreek Hill (10) and Demarcus Robinson after running for a touchdown during the first half of the NFL AFC Championship football game against the Tennessee Titans Sunday, Jan. 19, 2020, in Kansas City, MO. (AP Photo/Ed Zurga)

KANSAS CITY, Mo. — The Kansas City Chiefs have earned a spot in Super Bowl 54, defeating the Tennessee Titans 35-24 on Sunday.

The Chiefs are making their first Super Bowl appearance in over 50 years on Feb. 2 against the San Francisco 49ers. The Chiefs last played for a Super Bowl following the 1969 season, defeating Minnesota.

By defeating the Titans, the Chiefs earn this season’s AFC title.

Quarterback Patrick Mahomes, the third-year quarterback from Texas Tech, completed 23 of 35 passes with three touchdowns. He also carried the ball seven times for 54 yards and a touchdown.

Andy Reid, who is No. 7 on the all-time wins list, will coach in his second Super Bowl, and his first since winning the Super Bowl 15 years ago.

Kansas City will play the winner of the NFC title game being played between Green Bay and San Francisco Sunday evening.

The Chiefs rallied after trailing by scores of 10-0 and 17-7 in the first half. The Chiefs closed out the first half with back to back touchdowns to take a 21-17 lead at halftime.

After a scoreless third quarter, the Chiefs once again scored back to back touchdowns in the fourth quarter to put the game out of reach with a 35-17 lead.

Tennessee scored with a touchdown with 4:18 left, but the touchdown came too late for the Titans to mount a comeback.