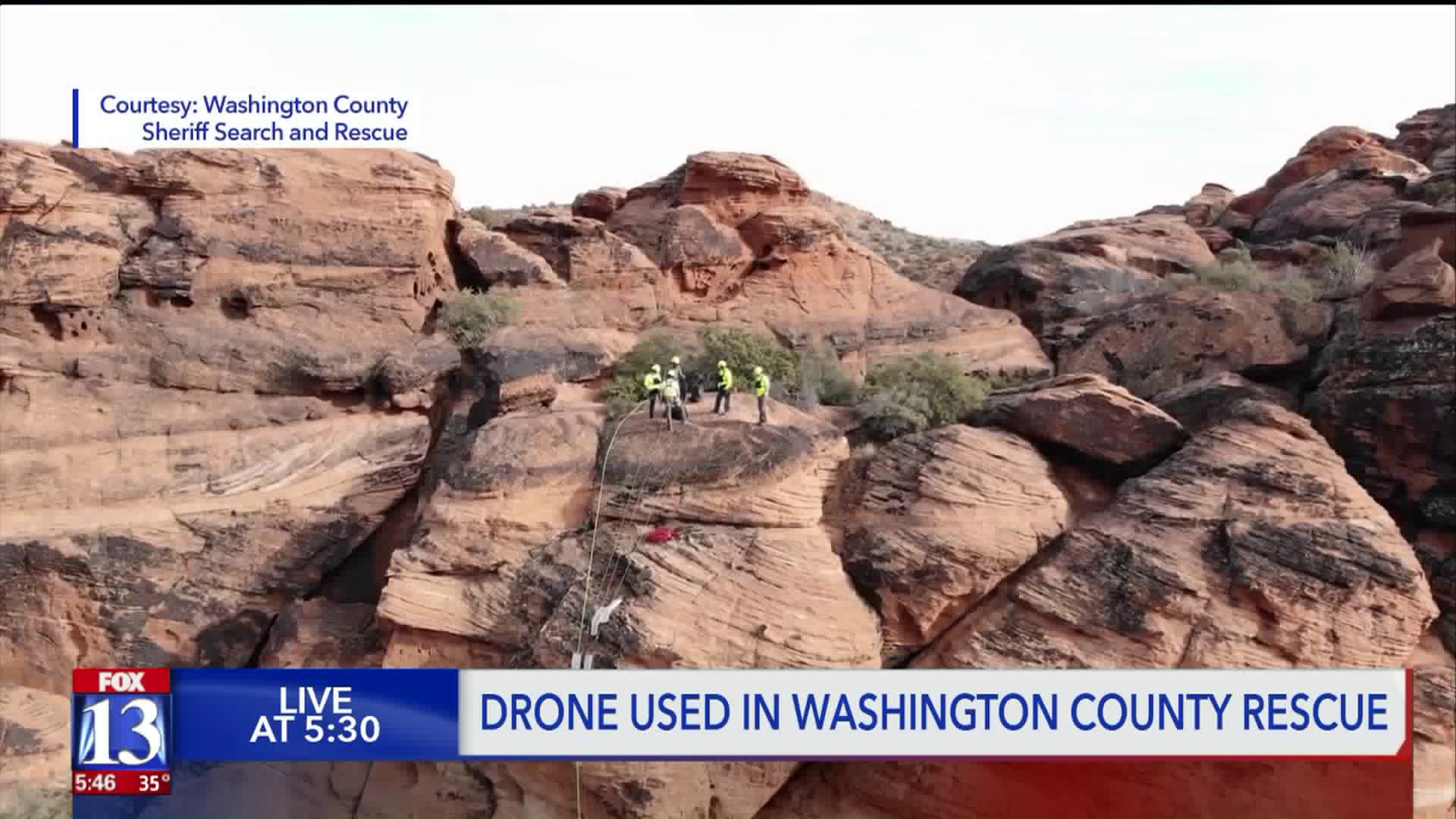 A drone helped repel a hurt hiker more than 400 feet during a daring rescue in Snow Canyon State Park Sunday. 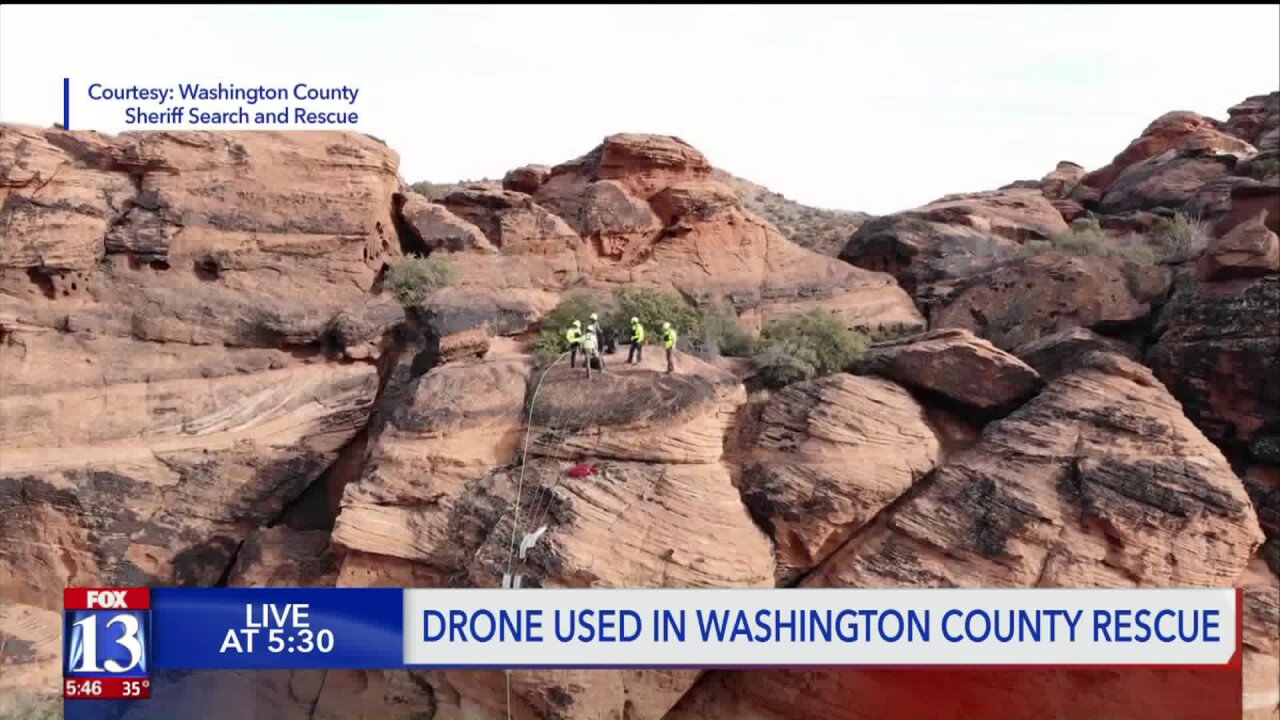 It’s the first time the Washington County Search and Rescue team used a drone this way, but likely won’t be the last.

Search crews helped a 65-year-old woman who got hurt hiking on the top of Island in the Sky around noon. She had fallen several feet and could not put weight on her foot.

To bring her down, they’d need to be creative.

“We were trying some different ideas,” Darrell Cashin said.

The problem? It would take four men to carry up the rope needed to rappel the woman down nearly 40 stories.

A special gun that launches the rope up fell about 100 feet short.

“We gave that a shot and it actually worked,” Cashin said. “The canister was light enough for the drone to handle, didn’t have too much wind and so we flew the drone all the way up to where the guys were literally right to their hand. Disconnected that, flew the drone back down.”

At the bottom of the mountain, the twine was attached to the main rope and was pulled up the bluff.

“They just rappelled her off down to there and we carried her out,” Cashin said.

In December, a drone was used as a spotlight to help rescuers see better in the dark while helping a lost hiker on the same mountain.

The drones also help spot lost hikers, send messages and transport small items such as a radio or bottle of water, according to Cashin.

“[We are] finding new ways to utilize them and find their capabilities and limitations and new things we can do with them," Cashin said.

Three other people who were with the injured woman also rappelled down the bluff with the help of rescuers.