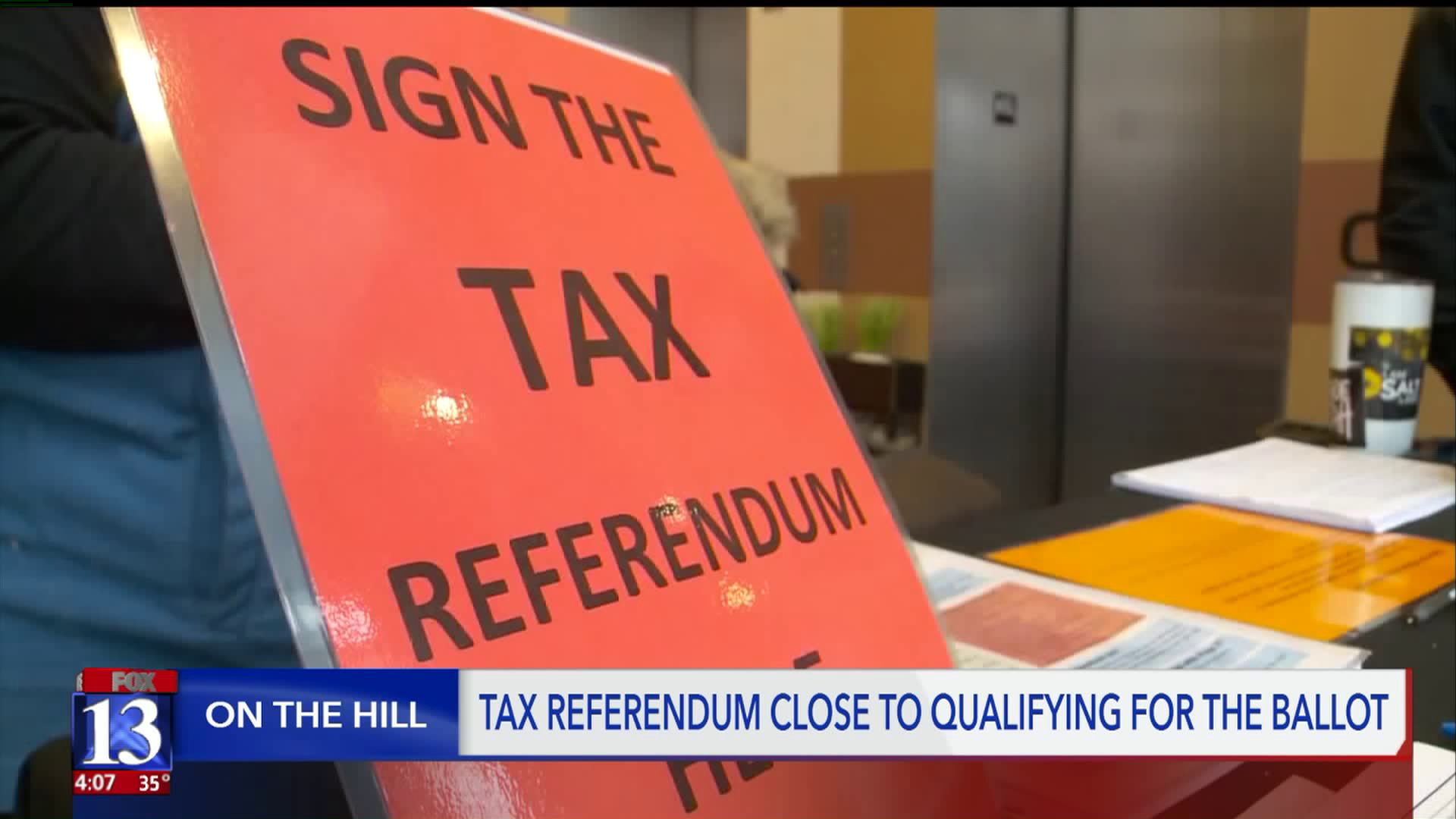 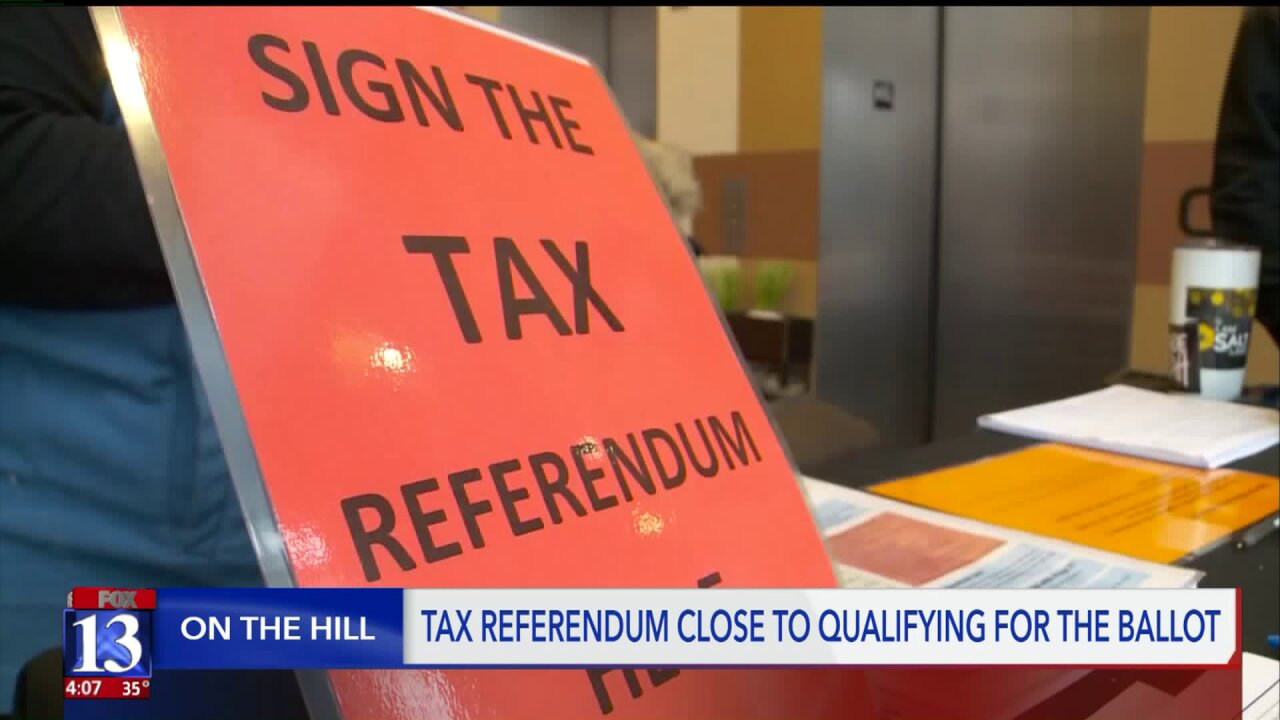 SALT LAKE CITY — Sponsors of a referendum on the legislature's tax overhaul bill believe they are very close to reaching the threshold to force a public vote.

"An estimated 112,000 people so far have signed a referendum to let Utah voters decide whether to start paying huge tax increases for food, fuel and fistfuls of new services. Nearly 116,000 signatures must be gathered by the 5 p.m. January 21 deadline. More support is also needed in case some signatures cannot be verified by county clerks," the group said in a statement Monday morning.

The group, made up of volunteers who object to the tax bill, said their internal data shows 17 counties have reached the potential threshold for the referendum -- they only need 15 of the state's 29 counties.

However, official results are not expected until at least the end of this week (and possibly later) when the Lt. Governor's Office is able to verify the signatures. Volunteers who collect their packets must turn them in to county clerks, who validate the signatures and report them to state elections officials.

In special session last month, the legislature passed a bill that cut the income tax by $160 million. However, it also raised the sales tax on groceries, gasoline and imposed new taxes on services. Republican lawmakers on Capitol Hill have argued it's necessary as sales taxes (which pay for most essential government services) decline as consumers purchase more services than goods now.

But the sales tax on food has been the most unpopular part of the bill.

"I hope it has given legislators an opportunity to reflect on their vote and reflect on the conversation this had during last summer and during the special session," Gina Cornia of Utahns Against Hunger, one of the original sponsors of the referendum, said in an interview Monday with FOX 13. "Because for all of the conversation they had, for all of the hearings they did, and all of the public comment they took, the public still did not feel heard. And that is what really is driving this now."

The referendum effort got a big boost when Harmons Grocery and Associated Food Stores allowed signature-gathering efforts in its stores. Harmons has been outspoken in its opposition to the tax bill, running billboards and ads urging people to sign. The Utah PTA and Utah Education Association are also supportive of the referendum, but have been restrained in their efforts on it.

In contrast, the conservative Sutherland Institute is running radio ads urging Utahns to not sign. Republican legislative leadership has also been outspoken about the benefits of the bill (namely the income tax cut that Utahns should see in the next few months).

If the referendum qualifies, it will stall implementation of the tax bill until November. The referendum forces an up or down vote amongst the people about the bill. If it passes, lawmakers cannot modify it like an initiative -- they must go back to the drawing board.