TOOELE COUNTY, Utah — The boy accused of killing four members of his family in Grantsville last week has been formally charged in connection with the crimes.

Colin Jeffrey Haynie, 16, is charged with four counts of aggravated murder, one count of attempted aggravated murder and five counts of felony discharge of a firearm with serious bodily injury. All of the charges are first-degree felonies.

A probable cause statement released Wednesday identifies Alexis, Matthew and Milan as Colin's siblings and Consuelo as Colin's mother.

The statement also provides new details about the events surrounding the murders.

According to the statement, the Tooele County Dispatch Center received a call from an unidentified female who said she, Colin and Colin's father were driving to Mountain West Medical Center and Colin had told her he killed his family.

"Well he was obviously compliant because he got in the car and went voluntarily to the hospital," Tooele County Attorney Scott Broadhead said.

Based on forensic evidence and information gathered from witnesses, police believe Colin killed Consuelo and Milan around 1 p.m., followed by Alexis and Matthew as they each returned home later that afternoon.

Colin's father told police that he arrived at the family home around 6:15 p.m. Friday, and that Colin shot him in the leg, the statement said.

"Under Utah State Law, if you are 16 years of age or older and you have been charged with a crime of aggravated murder or murder, you automatically are a part of the district court," Broadhead said. "Juveniles cannot, are not subject to capitol penalties. So the maximum penalty for aggravated murder is life without parole," he said.

FOX 13 typically does not name juvenile defendants, but is naming Haynie because prosecutors have elected to direct file as an adult in the state court system.

According to court officials, a juvenile cannot face life without parole. The maximum sentence Haynie faces is 25 years up to life in prison. 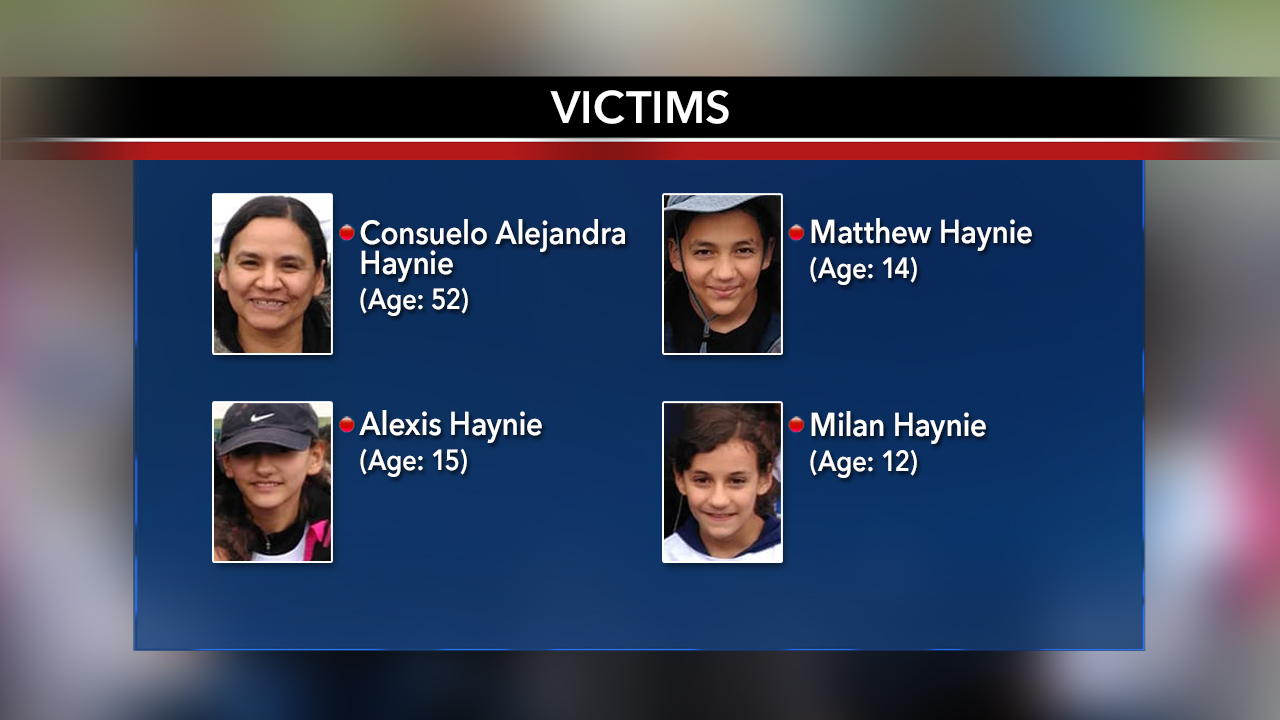