WASHINGTON — Could it be? The Washington State Department of Transportation released photos of what looks to be Sasquatch. 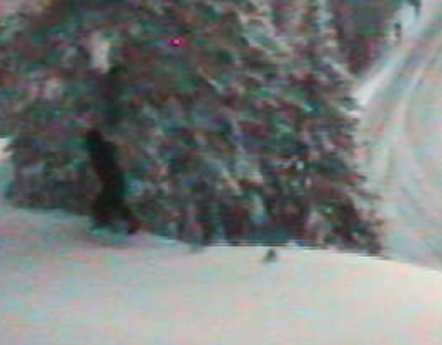 In a tweet, WSDOT mentioned it isn’t superstitious, just a little stitous when they posted photos of a Bigfoot-like figure walking along State Route 20 and Sherman Pass. The traffic agency left it up to the public to decide what it is.

Sasquatch spotted!!! I'm not superstitious… just a little stitious. Have you noticed something strange on our Sherman Pass/SR 20 webcam before? If you look closely by the tree on the left there looks to be something… might be Sasquatch… We will leave that up to you! pic.twitter.com/RaDGqQdEUF

The mythical creature has been associated with the Pacific Northwest and causes many discussions when alleged photos are posted.

People in the comments mentioned it could possibly be a shadow of a tree trunk, but others were not buying it. Could Bigfoot possibly reside in Washington State?