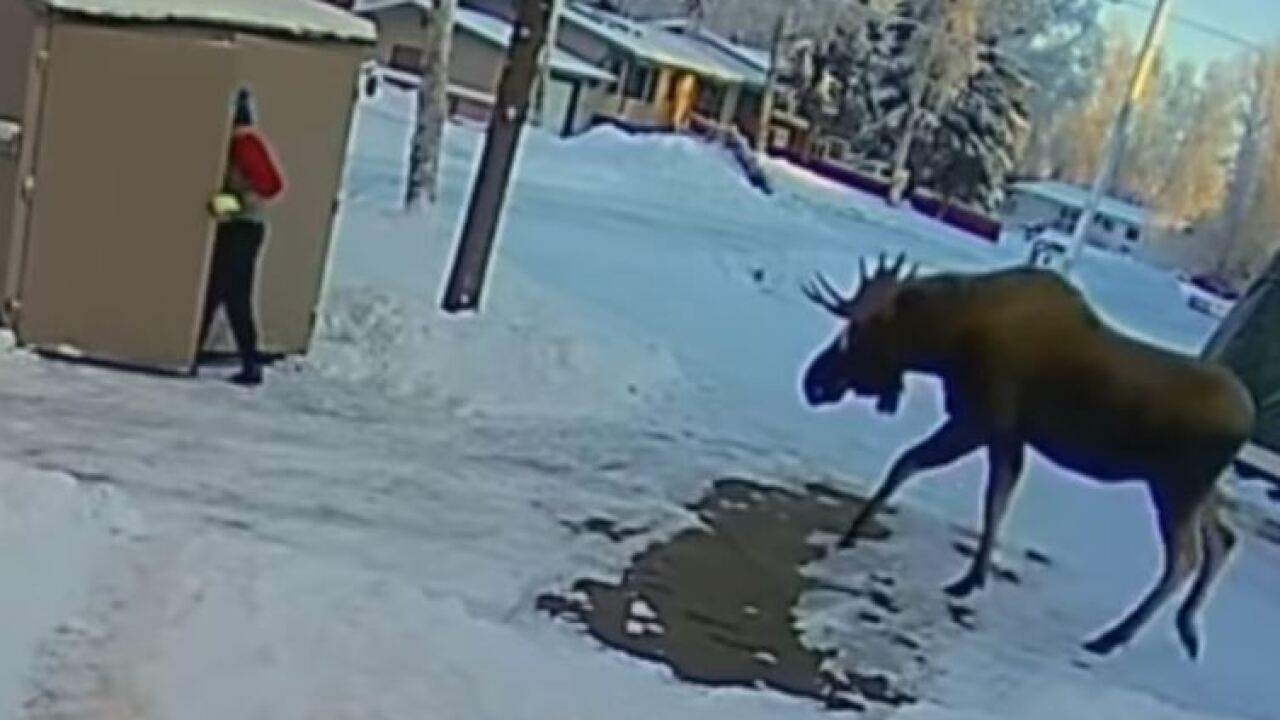 The man was taking out his garbage when a bull moose approached him.

Curtis Phelps knew bull moose can be aggressive, FOX News reports, so he quickly shut himself inside a shed.

Phelps then called his wife, who ignored his call because she thought it was accidental.

“I had no clue that the poor thing was stuck in there,” she said of her husband, the Associated Press reported.