Your guide to dealing with the Utah State Legislature 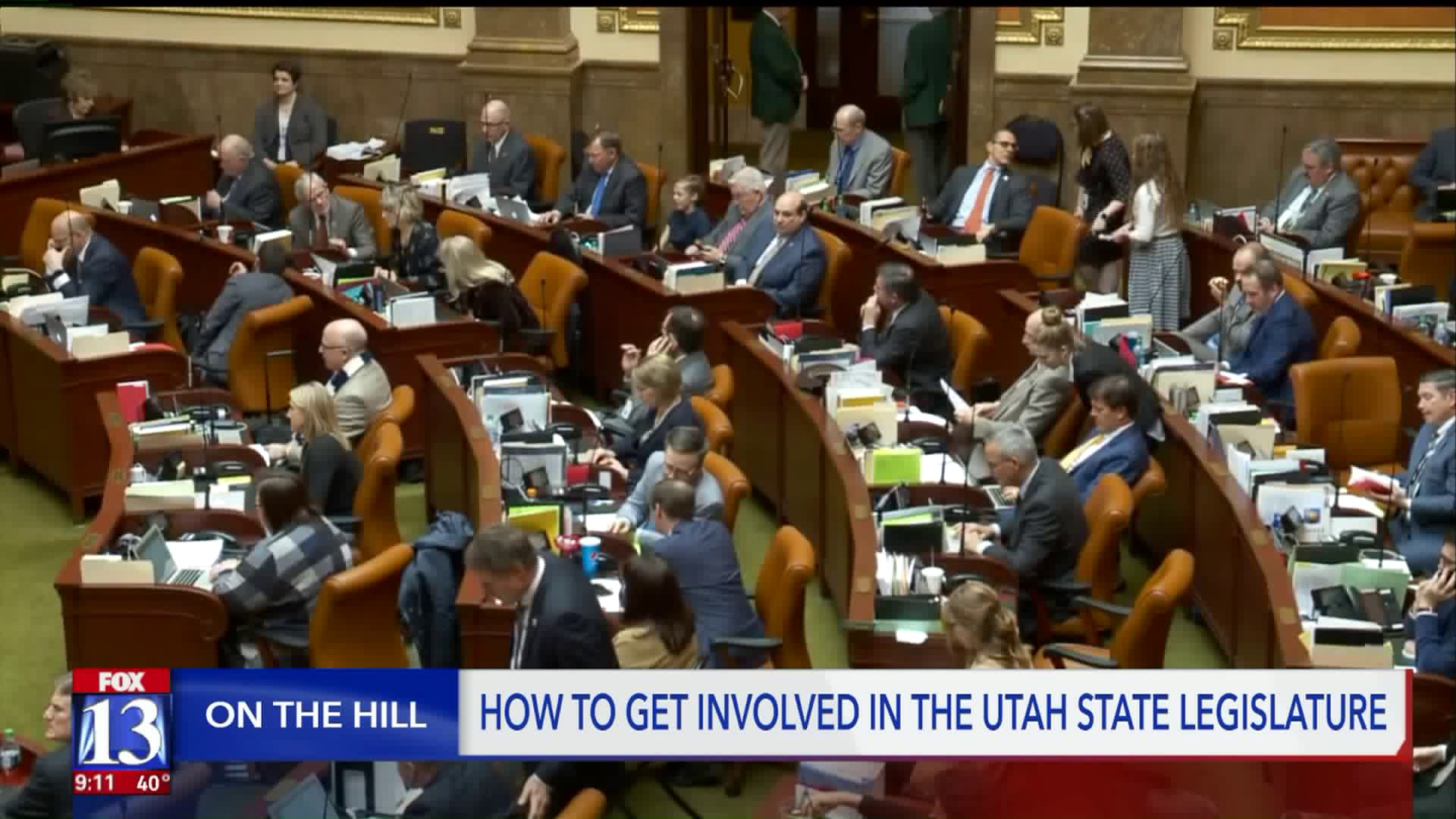 With more than a thousand bills already requested and billions of dollars at stake in a 45-day session, it can be an intimidating process. So FOX 13 asked lawmakers, lobbyists and citizen activists how best to get involved. 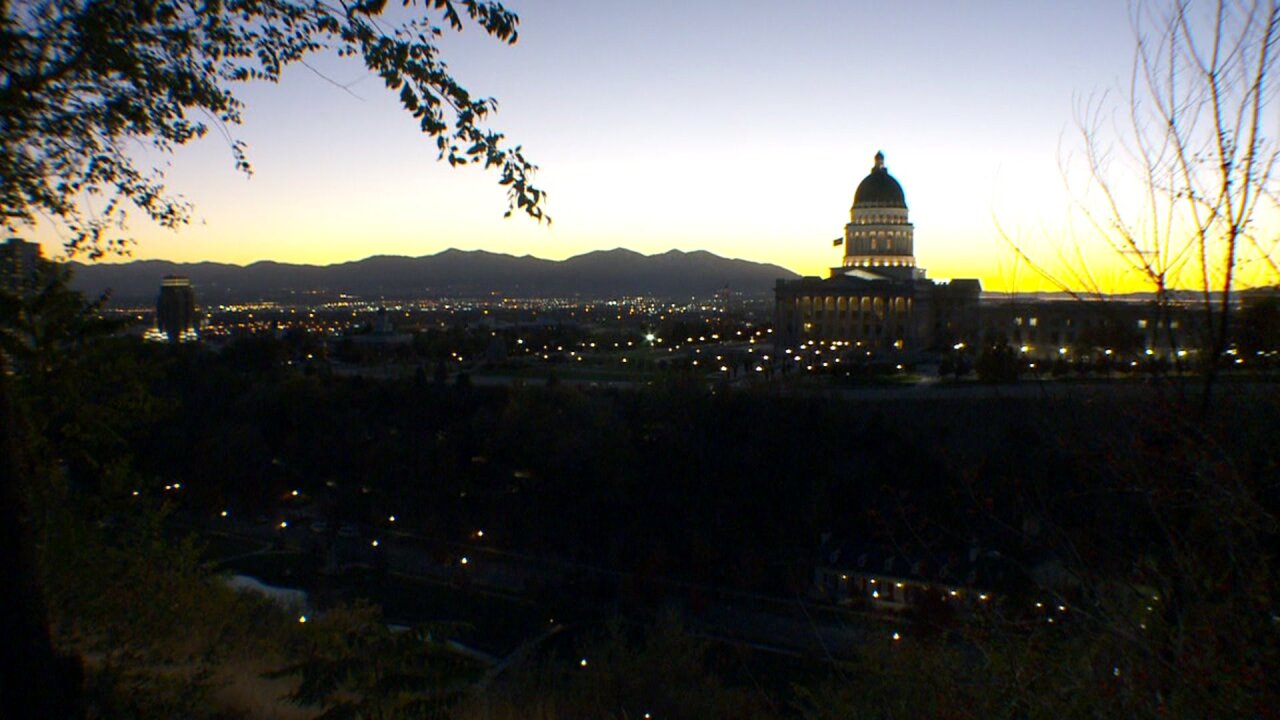 SALT LAKE CITY -- Congratulations! If you're reading this, you've expressed an interest in the Utah State Legislature.

With more than a thousand bills already requested and billions of dollars at stake in a 45-day session, it can be an intimidating process. So FOX 13 asked lawmakers, lobbyists and citizen activists how best to get involved.

As the recent tax referendum showed, citizen involvement still carries a lot of weight on Capitol Hill. It may seem like it doesn't sometimes, but lawmakers do pay attention to their constituents.

There is no bigger citizen lobbyist on Capitol Hill than Gayle Ruzicka, the president of the conservative Utah Eagle Forum. For decades, she's been attending the Utah State Legislature. She joked the only lawmaker who has been here longer than she has is Sen. Lyle Hillyard, R-Logan, who has been serving since 1980.

"Anybody and everybody can do it!" she said. "I don’t get paid. I don’t get paid a nickel for anything I do and yet I can go talk to any legislator any time."

Ruzicka encourages people to come up and personally watch how the legislature works. Attend committee hearings (even if you don't want to speak to a bill) just to see the process.

If you come up to Capitol Hill in person, you can send a note in to the chamber to talk to your representative or senator. In the Senate, the notes are blue colored; in the House, they're green.

To look up your elected lawmakers, click here. You can also register to vote here.

Rep. Romero encourages people to brush up on how a bill becomes law.

"Many times there’s a bill someone doesn’t support and they don’t hear about it until it’s already passed the House and Senate and it’s on its way to the governor’s desk," she said.

Basically, bills are introduced and then typically assigned to a committee for a hearing. The committee can then advance the bill to the House or Senate, but they have to pass both chambers. Once it goes, the bill goes to the governor's office where he either signs it into law or vetoes it.

Different lawmakers have different ways they like to be contacted. Rep. Romero, one of the younger members of the legislature, doesn't mind being contacted through social media channels. Others prefer more traditional methods of phone calls and emails.

Senate Majority Leader Evan Vickers, R-Cedar City, said he pays particular mind to the opinions of the folks in his district.

"If I’m looking at an email and I see it’s in my district, that goes to the top of the list. If they represent a group that is involved in a piece of legislation I’m involved with or should be aware of, that’s kind of the next level," he said. "That constituent from my district is always the most important person to me."

He offered some do's and dont's to people seeking to reach out.

Every weekend during the legislative session, lawmakers will often hold town halls for residents in their districts. Rep. Romero said show up to those to find out what your representative thinks about topics and offer your feedback to them.

Lobbyist Heather Andrews with Americans For Prosperity said you can also sign up at le.utah.gov to track bills, listen to committee hearings in your pajamas or watch floor debates. She urged people to listen to all different perspectives on an issue.

"You can be involved at any level," she said.

Andrews' group and the libertarian think tank Libertas Institute host a non-partisan "legislative boot camp" at the beginning of the session where they talk about the process and best ways to engage the legislature. Lawmakers, advocacy groups and others participate in discussions and classes for everyday folks. For the first time this year, they will offer it in both English and Spanish.

"People can kind of learn the legislative process how it works. Where to park, where to go, where the different buildings are," she said. "We want to demistify the process and make it easier for people whether they can be here or not, how to follow along what’s happening here and how to best engage."

That book camp is scheduled for Feb. 1 on Capitol Hill. She said with the recent attention given to the tax referendum, there is a sense people are more aware of the legislature's activities now.

Ruzicka said the state legislature has more impact on people's lives than the U.S. Congress does.