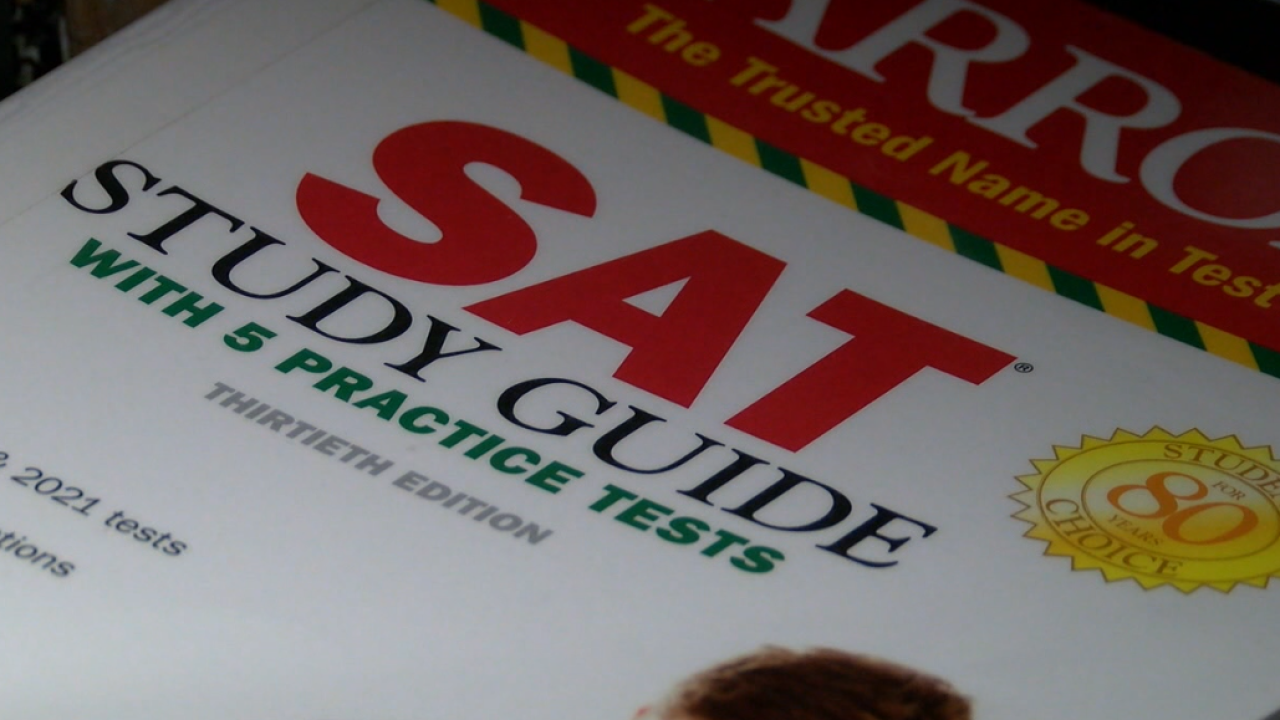 For decades, high school students applying for colleges have studied, prepared and registered for standard tests like the SAT or ACT — but that may be changing.

BLOOMINGTON, Indiana — The Indiana University system announced earlier this week that students could decide whether to include their standardized test scores on their applications, just as Ball StateUniversity did last fall.

For decades, high school students applying for colleges have studied, prepared, and registered for standardized tests like the SAT or ACT, but those tests are facing more scrutiny.

“I do think that if the instruction you’re doing is solid for how to read and think more clearly, that a prep course if done well… can lead to skills that can lead to further academic success,” Steve Moxey, Moxey Test Prep instructor, said.

Moxey has been instructing since 2011, where he has each student’s future in mind.

Almost every school in the IU college system has decided to go to a test-optional admissions policy beginning in the fall of 2021. All the colleges are agreeing that some students believe their scores may not represent their academic potential.

Since the early 2000s, colleges across the country have wrestled with whether or not to require ACT or SAT scores as part of a prospective student’s application because studies have shown the methodology behind the tests is flawed, negatively impacting certain groups of people.

“Everything I’ve read on that when you look at academic performance, girls outperform boys in math, for instance, but when it comes to standardized tests, for whatever reason… that trend gets reversed,” Moxey said.

Despite the flaws in standardized tests, Moxey thinks they’ll always serve a purpose. If not in admissions, they could be used to determine merit-based scholarships.

“These are ways to understand where students skills are… so I think that there’s some value in that, and not just because my livelihood comes from these tests,” Moxey said.

Taking the ACT and SAT can also be a financial burden on students and their parents. Each test costs about $50 to take. Other schools that have made test scores optional have seen an increase in first-generation, low-income, rural, and veteran students.

This article was written by Cornelius Hocker for WRTV .