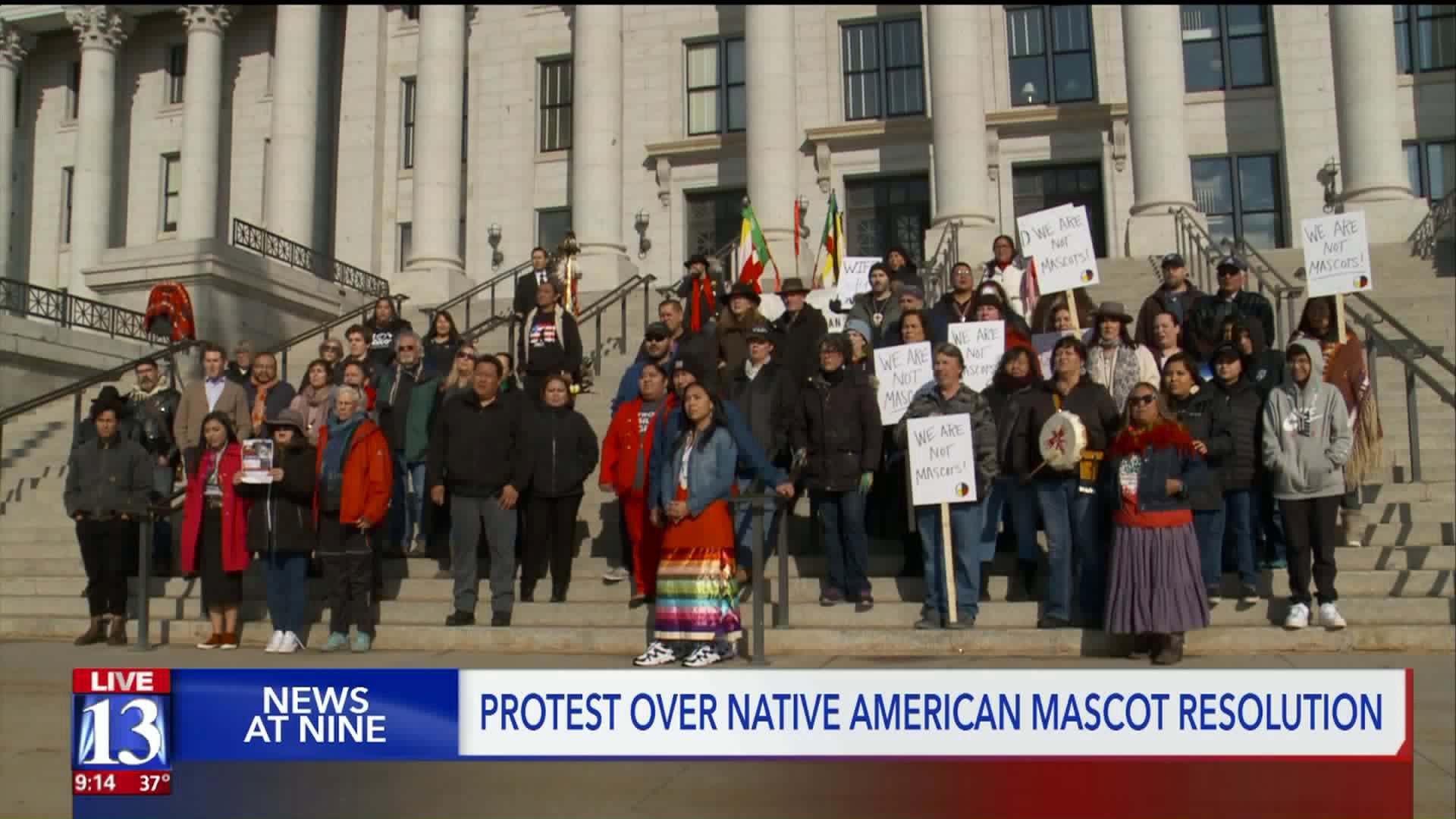 Many Native Americans and other indigenous people gathered on the steps of the State Capitol Saturday morning to fight against a resolution in the Utah Legislature that would discourage removing Native American names, symbols or imagery from schools. 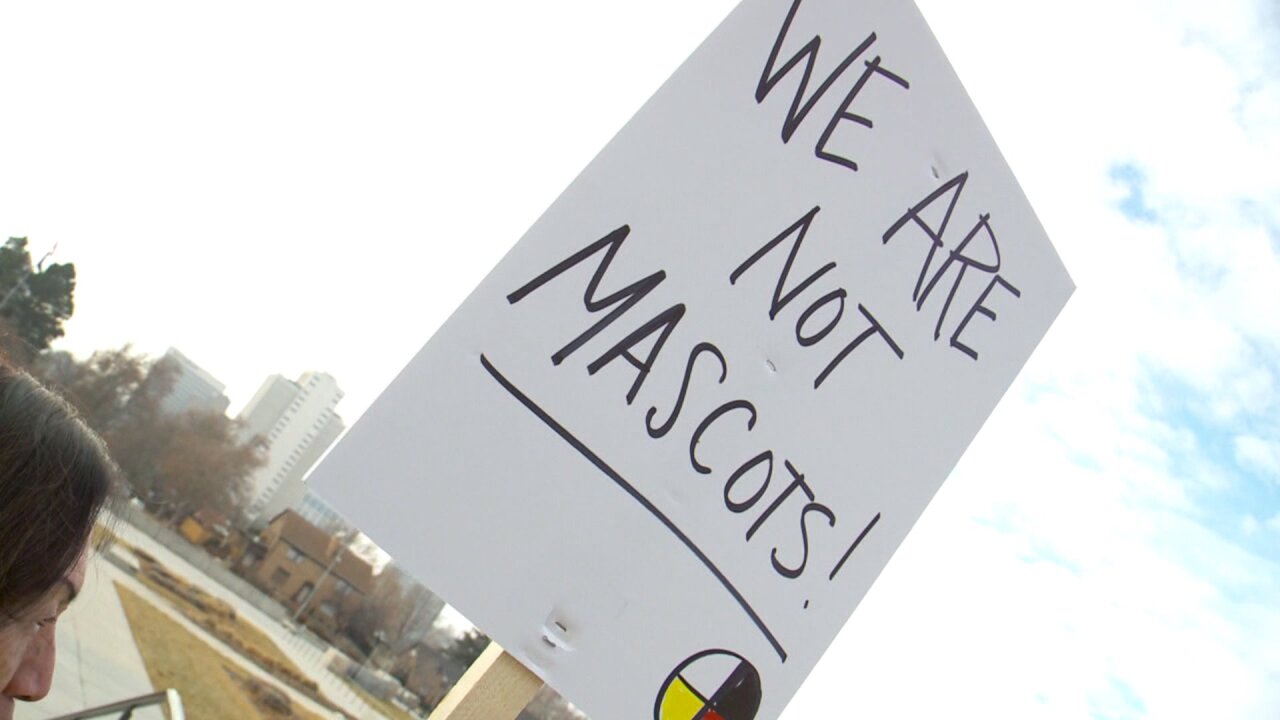 SALT LAKE CITY — Many Native Americans and other indigenous people gathered on the steps of the State Capitol Saturday morning to fight against a resolution in the Utah Legislature that would discourage removing Native American names, symbols or imagery from schools.

House Joint Resolution 10 "expresses support for the appropriate use of names, images, and symbols of Native Americans and other indigenous people by schools or places."

Click here to read the full text of the resolution.

"I would highly encourage the public to discourage this bill," said Carl Moore, the chair of PANDOS and SLC Air Protectors.

That was a sentiment echoed by all in attendance, chanting: "We are not mascots."

Republican Rep. Rex Shipp, the chief sponsor of the bill, told FOX 13 that he wants mascots of Native American people to be honored and respected.

He also told us some of these school mascots are "a part of our history" and many have fought against them being removed.

Protesters seemed to agree, in a way.

"When communities can come to an agreement to use mascots, like the University of Utah, then that is fine," one told FOX 13.

The group says they will continue to fight against the bill, however, saying it is "a step backwards."

Shipp sent a statement in response:

HJR 10 is meant to be a blue print or road map for a careful and effective public process that if a government entity determines that there is a consensus amongst the affected individual Native American or other indigenous people that a name, image or symbol should be removed. It also encourages working with the Native American tribe to make sure there is respective and appropriate use of the name, images or symbols.