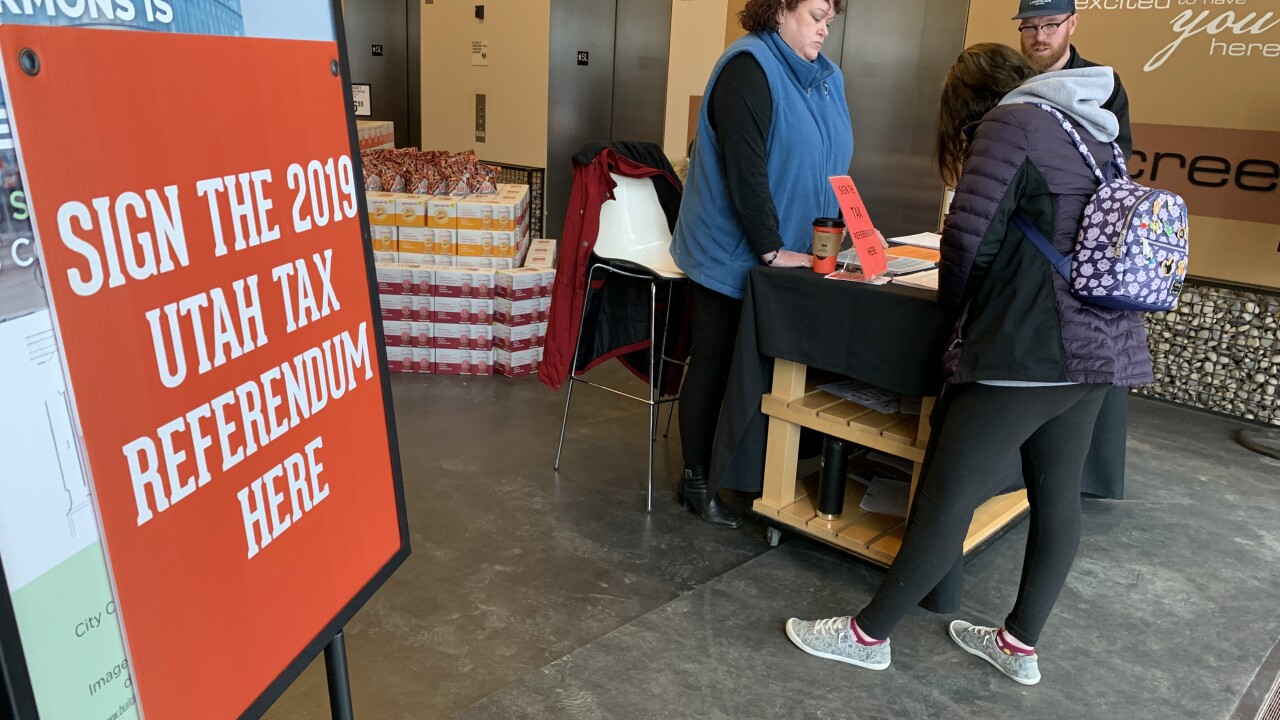 SALT LAKE CITY — Lawmakers have filed a bill that would repeal the massive tax overhaul they passed in a special session that sparked a citizen referendum.

But until that repeal actually passes sometime this week, signature counting for the referendum will continue. As of Friday evening, 100,069 signatures had been validated statewide. To qualify for the ballot, the referendum needs about 116,000 signatures in 15 of Utah’s 29 counties.

The Lt. Governor’s Office data shows 17 counties have reached the threshold, including Davis and Weber counties (the home districts of the House Speaker and Senate President). Referendum organizers claim to have about 152,000 signatures statewide — more than enough to qualify.

State elections officials told FOX 13 on Friday they estimated roughly 50,000 to 60,000 signatures yet to be counted in Salt Lake County alone.

In the face of the referendum, Republican leaders on Capitol Hill announced they would be repealing the bill. Pushed through in special session a month before, it featured a $160 million income tax cut that did give more money back to Utahns in their paychecks. However, it also imposed an increase on the sales tax on groceries, gasoline and imposed some new taxes on select services.

Despite credits and other rebates offered to lower-income Utahns, the sales tax increase on food was largely unpopular. It drove the referendum effort, with Harmons Grocery and Associated Food Stores allowing signature-gathering efforts at its locations.

The governor, House Speaker and Senate President jointly announced earlier this week they would repeal it, citing the “will of the people.” Once it is repealed, the referendum is moot as there would be no law to force a public vote on.

Senate President J. Stuart Adams told FOX 13 on Thursday he did not envision any major tax bills in the 2020 legislative session, citing an election year and a new governor coming into office in 2021.

In a statement on the repeal efforts, the conservative think tank Sutherland Institute — which ran radio and newspaper ads urging people not to sign the referendum — said “there is reason to reflect.”

“Some will have concern when they consider the state of public confidence in legislative efforts. Others will find hope in the example of citizens being heard. Sutherland Institute sees both,” Sutherland CEO Rick Larsen wrote. “Sutherland’s information campaign was never about winners and losers – that would be both divisive and political. We are neither. We were and are interested in understanding and learning from the lessons the referendum effort has presented.”