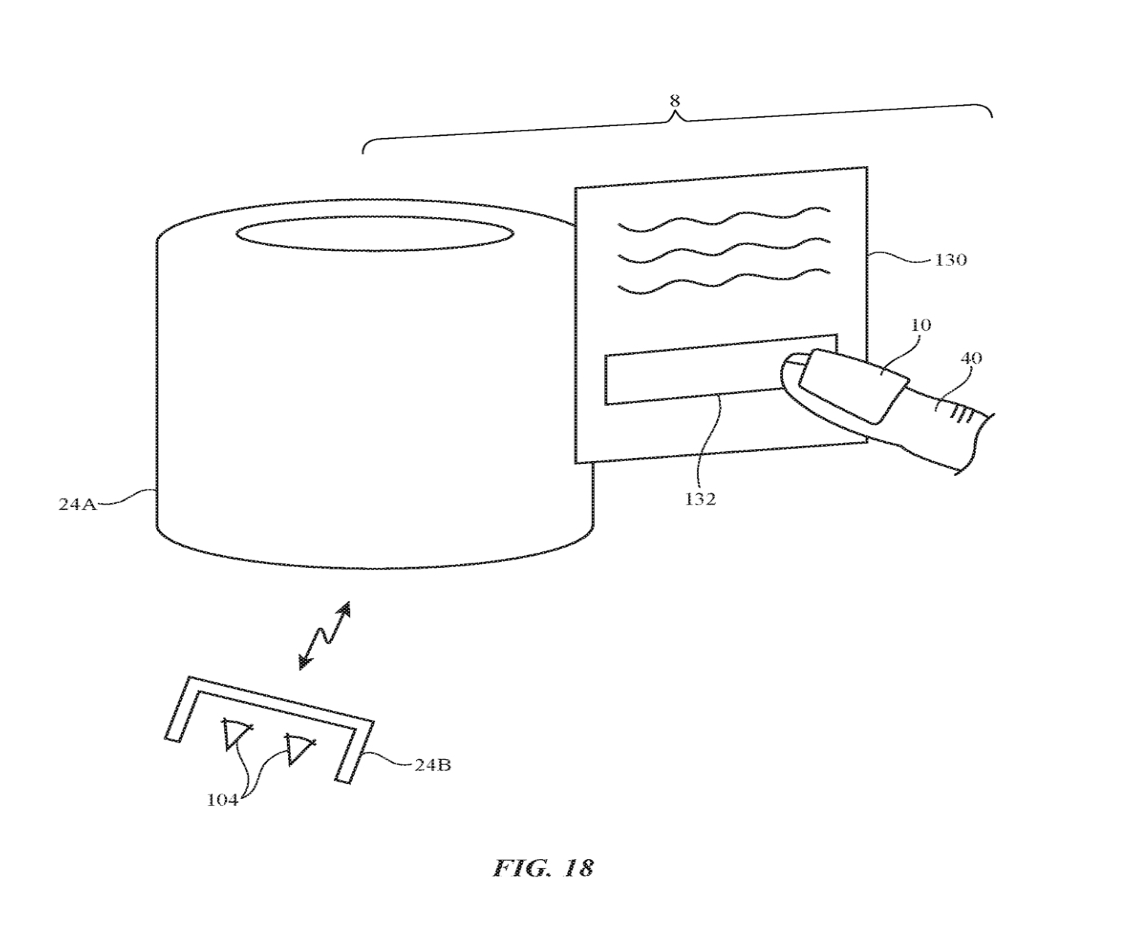 It looks like Apple is looking to the future of augmented reality (AR) and virtual reality (VR).

The tech giant filed a patent application for what’s described as ‘finger devices’.

The patent application goes on to state that the device would be equipped with force, ultrasonic, and optical sensors to control virtual objects in a mixed reality or virtual reality environment.

Apple’s patent also talks about equipping the finger device with haptic feedback, which is the same tech used in Apple Watches to create vibrations that are associated with actions.

The patent filing also talks about ways that a user may interact with real-world objects while computer-generated content is overlaid over some or all of the objects.

It’s worth mentioning patents get filed and often go unused. Nonetheless it’s interesting to see what tech giants like Apple might be working on in the not too distant future.