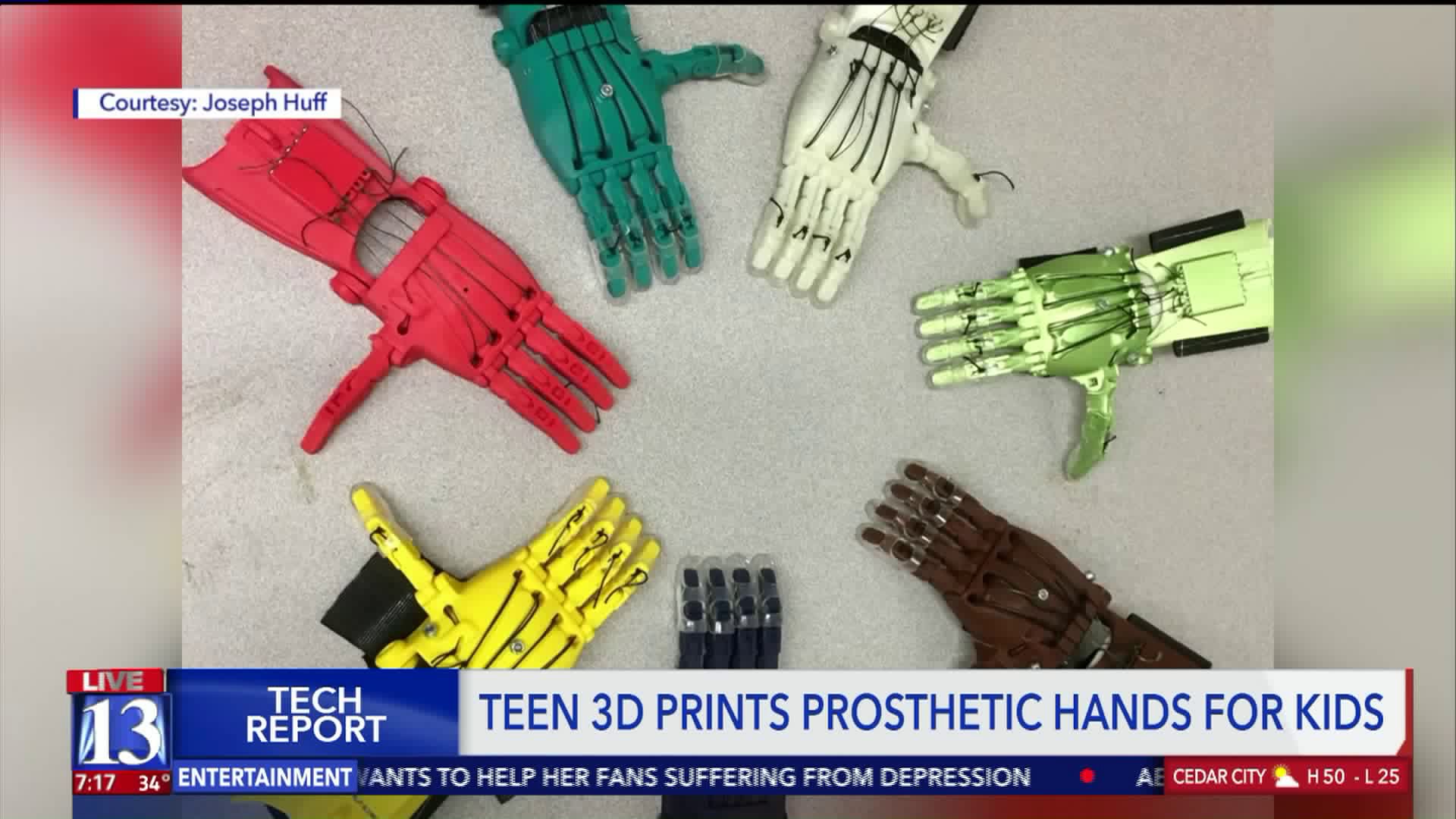 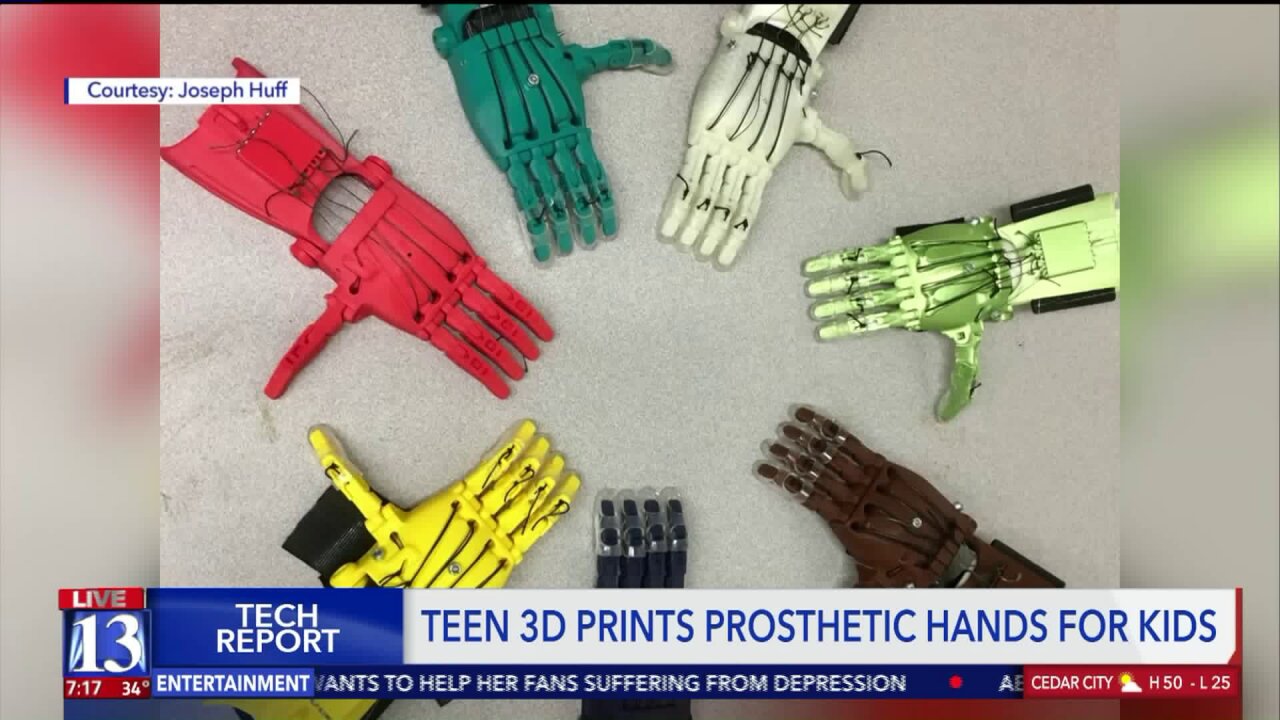 OREM, Utah — 3D printing is becoming increasingly popular, and it's opening up new ways to create objects that are usually difficult to make.

Joseph Huff says he was volunteering at the Utah County Fair with his mentor from 4H, a youth development organization, when they met a boy who was missing one of his hands, so Huff's mentor offered to make him one.

"So I got to see the process and how it got put together," Huff said.

From there, Huff got to work on figuring out how he could do the same thing for other kids who are in need of prosthetic hands.

"We went on a tour of Shriners Hospital as part of our prosthetics understanding to see what was needed," he said.

The Orem teen says he learned that one of the biggest problems for kids is finding a way to make prosthetic hands faster and for less, since they tend to grow out of them quickly.

"We just needed to figure out the best way to print each part, how to print them, [whether it's] vertical or horizontal, how to orient it and where best to get the pieces. The file and the design were already put together so we just had to collect all the pieces and print all the parts," Huff said.

4H also helped out by using some of their funds to buy a state of the art 3D printer to use alongside the two others Huff had already.

Once he secured all the materials, the 16-year-old got to work on creating all the different parts that make up a prosthetic hand.

3D printing isn’t all the same though. For example, a small object takes a matter of minutes to print, whereas all the components for a prosthetic hand take around 28 hours to print and assemble.

In all, Huff has built 25 prosthetic hands for kids with help from his 4H team, his family, and his mentors.

He was also recognized with a national award and a $5,000 scholarship.

Dallin Graham, a STEM professor with the Utah State University Extension program, said: "We are customizing these hands with a purpose. This isn’t just a selfish toy that they’re making for them to use, but it’s connecting them to the community. It’s raising their awareness of the needs of those around them."

Another inspiration for this project is Huff's dad, who had a stroke when he was 25 and hasn't been able to use his right hand since.

"I'm hoping to evolve it because I did prosthetic hands for kids, and I am trying to make a design for my dad’s hand called 'The Tenodesis' that is an exoskeleton for his hand to help him open it better," Huff said.

Huff admits there's still a long way to go on that project, but for now, he says he's happy with what he's been able to achieve so far.