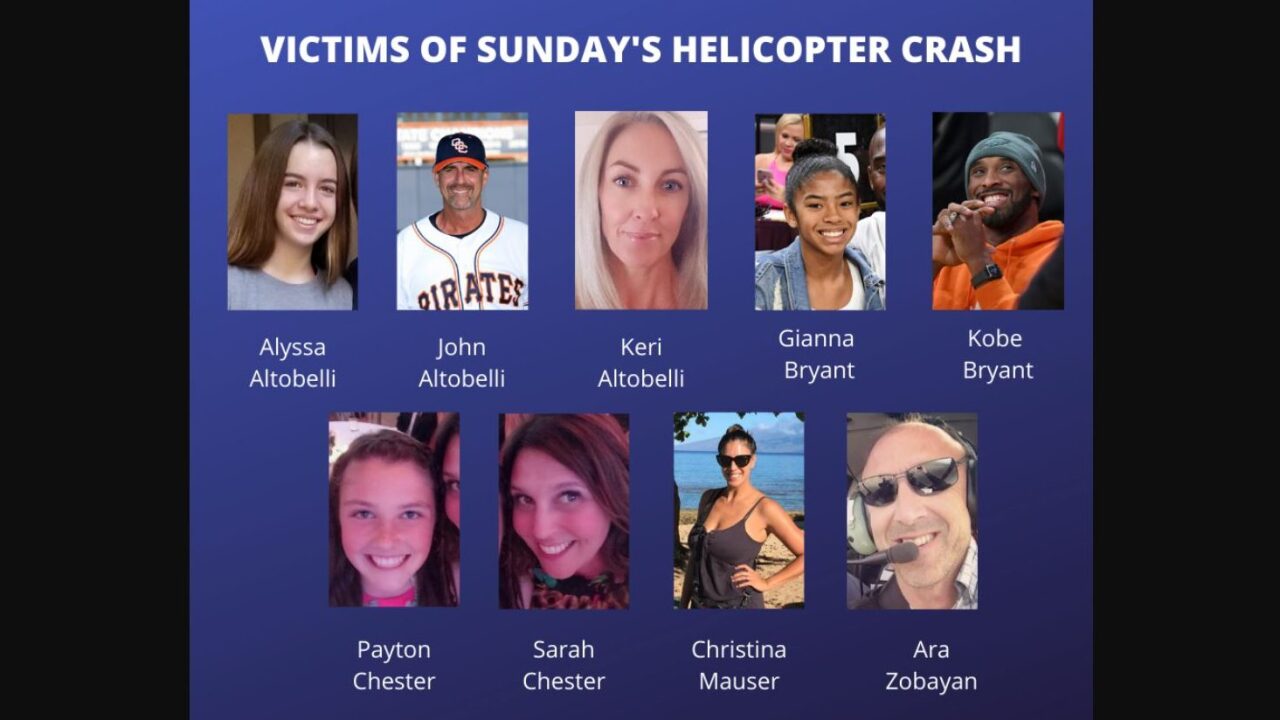 CALABASAS, Calif. — A college baseball coach, a youth basketball coach and an elementary school principal were among those killed Sunday in a helicopter crash — some of them alongside other family members — that also claimed the lives of Kobe Bryant and his 13-year-old daughter.

Nine people were killed after the helicopter crashed in Calabasas, California, on Sunday. Authorities have confirmed that Bryant and his 13-year-old daughter, Gianna, were killed in the crash.

Altobelli leaves behind a son and a daughter, according to CNN.

Also killed in the crash was Christina Mauser, an assistant girls basketball coach at an Orange County private school. Katrina Foley, the mayor of the city of Costa Mesa, confirmed Mauser’s death in a tweet.

The final two passengers in the helicopter were Sarah Chester and her daughter, Payton, according to a Facebook post by Todd Schmidt. According to CNN, Schmidt is the principal at Harbor View Elementary School, where Payton attended.

Authorities have yet to name the person who was piloting the helicopter at the time of the crash, but KTLA-TV reports that the helicopter was piloted by Ara Zabayan. He was also killed in the accident.

The cause of the crash remains unclear, but the Weather Channel reports there was fog in the area at the time of the crash.