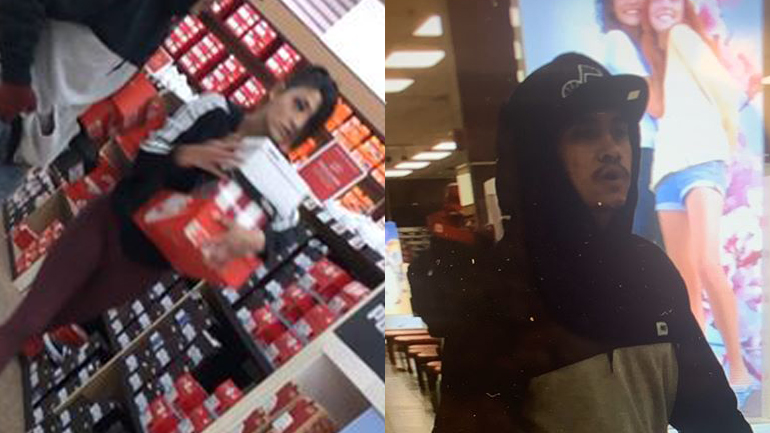 WEST BOUNTIFUL, Utah — West Bountiful Police hope someone will recognize the suspects in a robbery at a Famous Footwear store on Saturday.

According to a Facebook post from West Bountiful PD, a man and a woman entered the store, at 420 S 500 W in West Bountiful, around 6:20 p.m.

Police said the suspects collected five pairs of shoes and attempted to leave the store. A store clerk confronted the pair and the female suspect fled, the post said.

“The male suspect stopped and pulled out a small black handgun. The store clerk moved out of the male suspects way and he left the store,” the post said.

The robbery suspects were then seen getting into a dark SUV/hatchback vehicle driven by a third person.

The female suspect was described as Caucasian or Hispanic, age 18-25, with dark brown hair and possibly a tattoo on her chest. She was wearing white shoes, maroon leggings and a black sweatshirt with white strips down the sleeves.

The male suspect was described as Caucasian or Hispanic, age 20-30, with a short mustache. He was wearing blue jeans, a black and gray hoodie and a flat-brimmed hat.