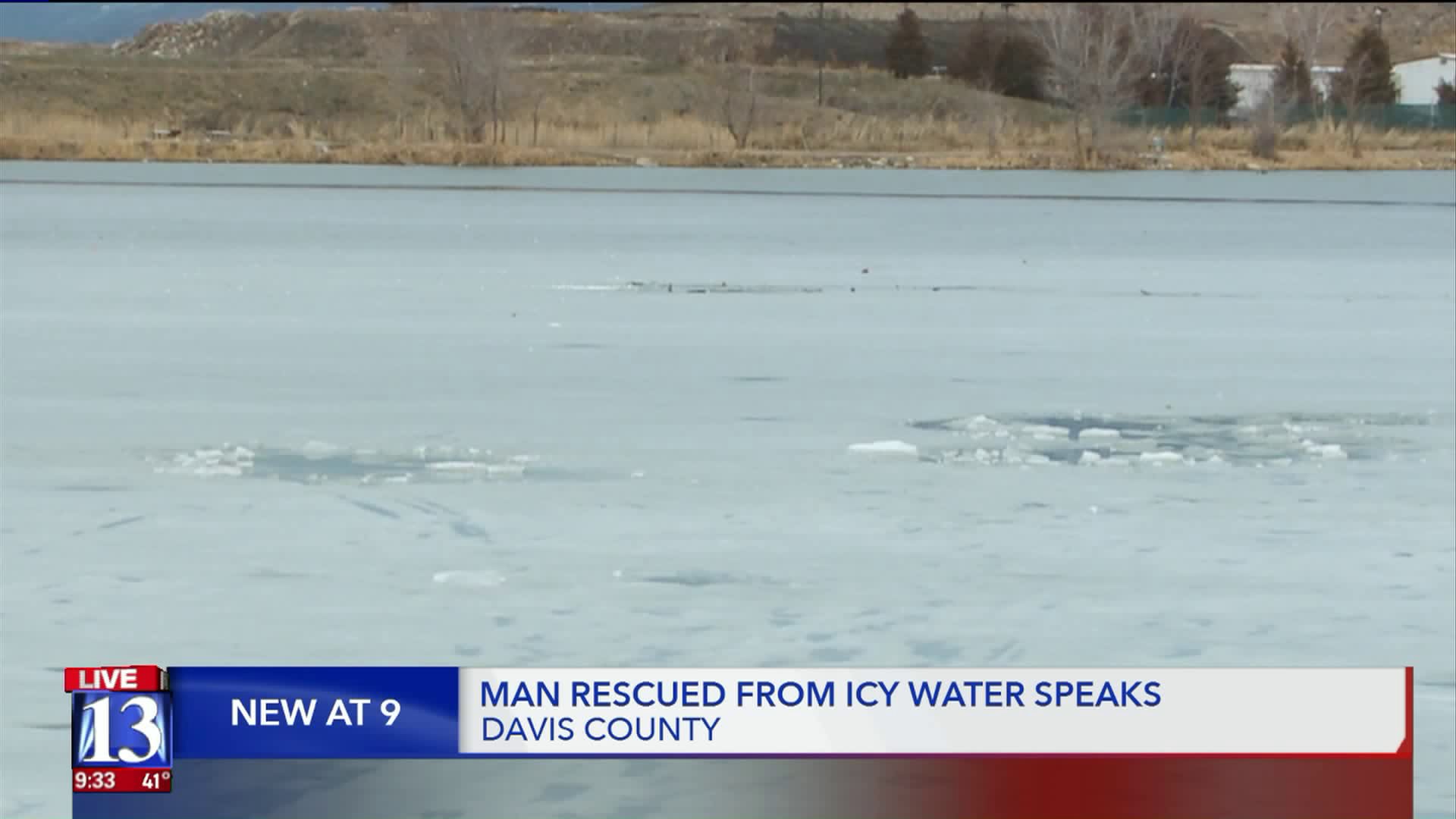 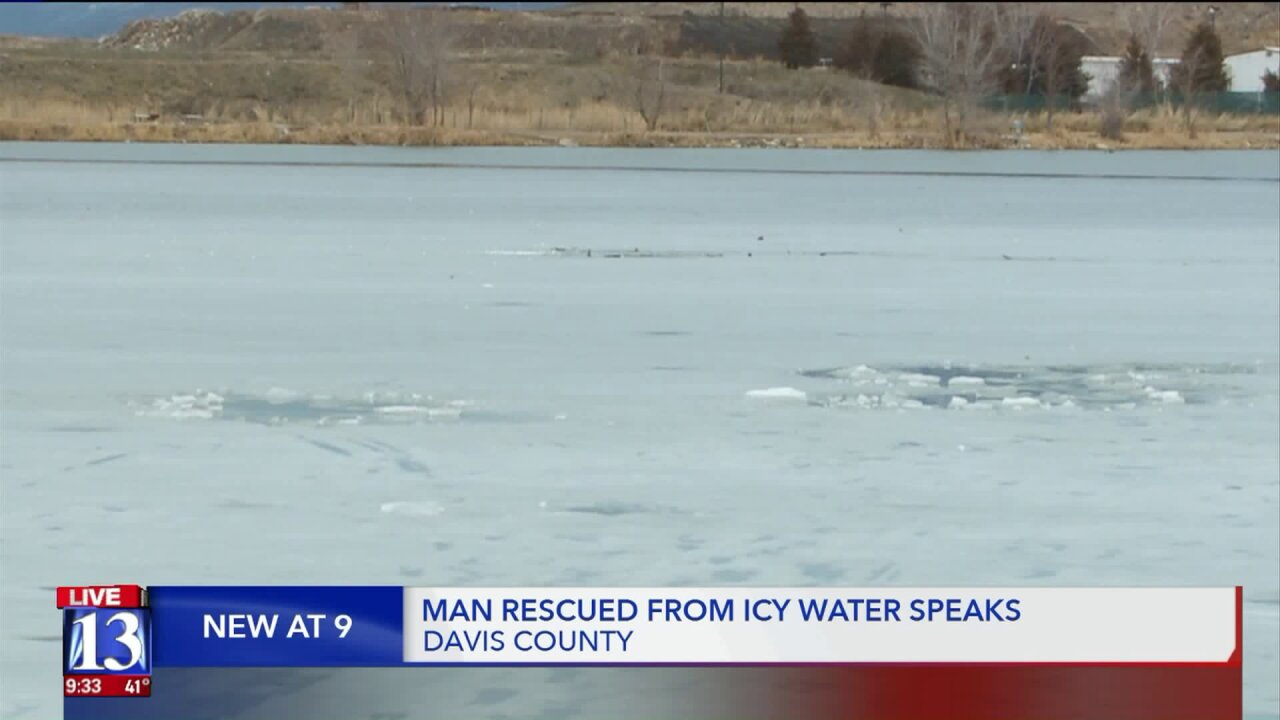 "Typically he's pretty good. He stays with us, he won't go too far," said Stettler, who frequently takes Riley with him as a bike ride partner. "Very playful, he loves to be outside and he likes to chase wildlife."

That's exactly what Riley did. He chased some geese across Bountiful Pond and fell through the ice roughly 80 feet from the shore.

"Some people will tell me, oh a dog's not worth it, but I can't sit there quietly and watch him drown," Alan said.

He quickly got off his bike, left his cell phone at the shore and carefully made his way across the ice, spreading his weight as far as it would go — until he fell through.

As the sun continued to set, darkness started to settle in. Riley and Alan were about ten feet away from each other with no help in sight. That's when Alan got lucky. A man who had been out for his nightly exercise noticed the two struggling and called out to help. Alan says that he directed the man to his phone, and the man called 9-1-1. However, not only did he call 9-1-1, he tried to throw sticks onto the ice for Alan to grab hold to and eventually found a rope, but it wouldn't reach.

"He made a lot of effort to do what he could and help came because he was there," Alan said, noting that Riley was able to get out of the water on his own.

"I was just hyperventilating and just couldn't control my breathing, that was surprising to me," he said.

Police and firefighters arrived shortly after, helping guide Alan to the shore and warm his extremities in an ambulance. Both he and Riley were saved.

Alan's rescuer, who happened to be along the shore at the right time, was a Davis County Sheriff's Office Search and Rescue Volunteer named Matt Davidson.

"How do you thank someone for saving your life?" Alan questioned. "I haven't made contact with him yet because I haven't figured that out."

Davidson's quick actions allowed for Alan and Riley to return home to their family that night.