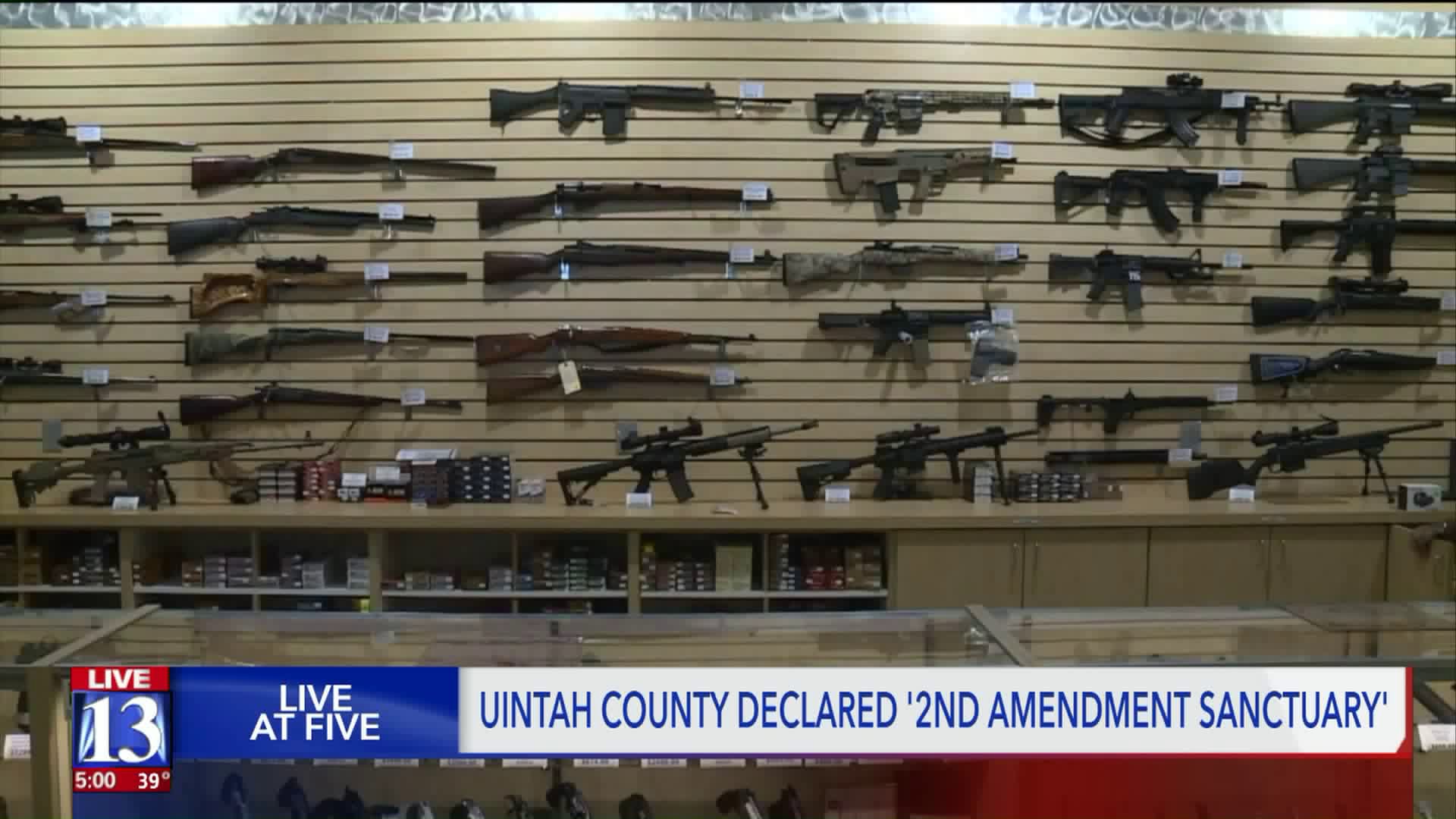 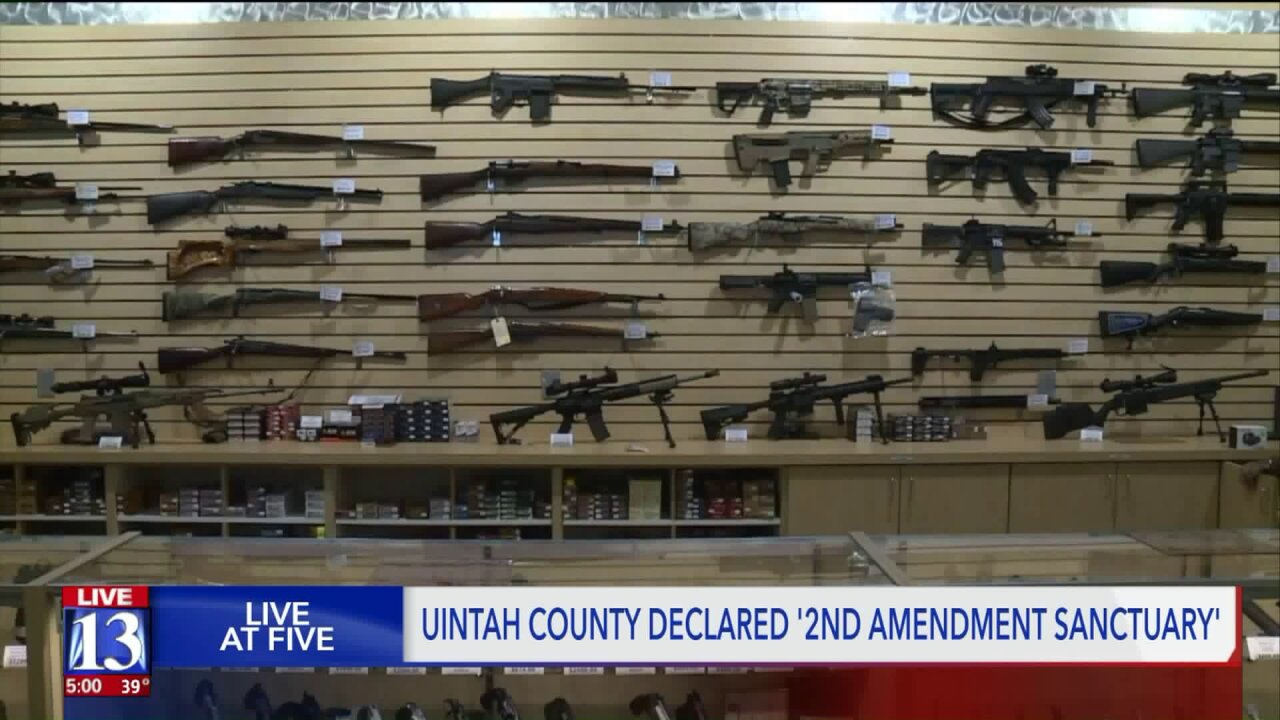 UINTAH COUNTY — The 2nd Amendment Sanctuary ordinance is one that has been catching popularity throughout the United States, and as of Wednesday morning, Utah can add a green county to the map.

The vote was unanimous in Uintah County as commissioners passed a new ordinance, protecting their firearms from future gun control laws.

Bill Stringer, one of the Uintah County Commissioners at the special meetings said their needs, as a county, are not being represented on the Federal and State level.

“It’s unsettling for people living in rural America that are saying, no one is listening to us,” said Stringer. “No one is paying any attention.”

Stringer said the people of Uintah County are “clinging” to their guns and bibles as they watch some in the nation push for gun control.

The ordinance passed makes Uintah County a Second Amendment Sanctuary – meaning any gun control measures passed by the Federal and State governments can be considered unconstitutional except for extreme circumstances.

Jonathan Stearmer, the Principal Deputy Uintah County Attorney explained the ordinance during the meeting, countering the call for more gun control by stating it violated the constitutional right to bear arms.

“The U.S. Supreme Court has ruled that the right to bear arms is a fundamental right,” said Stearmer. “Which means those fundamental rights can only be restricted, narrowly tailored to a state interest.”

Commissioners said the ordinance was inspired after the State of Virginia announced plans for strict gun laws that did not reflect many of the people in their counties and what they believe.

“I wish we didn’t have to. I wish I had more faith in the federal government and State government to say don’t worry, it will never, it won’t happen here,” said Stinger.

Wednesday’s ordinance was a call for action before something similar happens here in Utah, calling for reaction.

It takes 15 days before the ordinance is implemented, after which, any violations of the ordinance would be punishable as a misdemeanor.