TOOELE, Utah -- One of the state's first medical cannabis grow facilities opened its doors to community leaders and state officials as they begin harvesting the first crops for patients.

"The people voted it in here in Utah. We are very excited to be participating," Tyke Companies General Manager Randall Gleave told FOX 13 in an interview on Thursday.

Tryke gave tours of its production facility, from seedlings to harvest and the picking of marijuana flower. For Tooele Mayor Debbie Winn, medical cannabis is a welcome addition to her community.

"We did not have an outcry from the public saying don’t bring this. We knew that people here were educated," she said. "They know this is safe and this is another economic boon for our city to have."

Tryke is working to meet a March 1 deadline to have cannabis ready to go for qualifying patients. That's when the state wants to begin dispensing product through a series of licensed "pharmacies."

Voters approved Proposition 2 in 2018, only to see the Utah State Legislature replace it with a bill crafted as a result of negotiations between medical cannabis advocates, opponents and legislative leaders. The bill called for the Utah Department of Agriculture and Food to grow the marijuana, and Utah's Department of Health with dispensing it.

Tryke won a license from the state agriculture department to grow the cannabis last year.

"We're on par, on course, to meeting those deadlines. It’ll be a thin inventory by way of what product is available. We’ve always been very clear about that," said Andrew Rigby, the agriculture department's cannabis coordinator. "The product that is available in early March should be able to cover the patients."

But medical cannabis advocates remain worried that the licensed "pharmacies" will be open in time.

"We have product here in the state. It’s beautiful to see," said Tom Paskett of the Utah Cannabis Association, who took Thursday's tour at Tryke. "Getting it to the patients is a more slow and more difficult process just because of the way it was rolled out."

At a briefing before the legislature's Social Services Appropriations Committee, state health officials cautioned only a handful of dispensaries may be open by that March 1 deadline.

Gleave said Tryke is working to ensure product is available, but they are having to make some changes. For example, packages labeled "gummies" can't be sold here. Under Utah law, they must be re-branded to say "gelatinous cubes."

"We actually started from scratch with Nevada," Gleave told FOX 13. "So we’ve been through this before so we’re actually pretty patient about it."

Senate Majority Leader Evan Vickers told FOX 13 earlier this month that a forthcoming bill will include changes to packaging, including removing the requirement that marijuana bud be in "blister packs." Still being negotiated is raising the caps on the number of patients a physician can recommend cannabis to.

Clark Caras, who uses medicinal cannabis to treat his neuropathy, said he was excited to finally see the grow facility. He hoped to be able to purchase some product come March.

"It’s just going to be part of the medicine cabinet," he said.

See photos of the facility here: 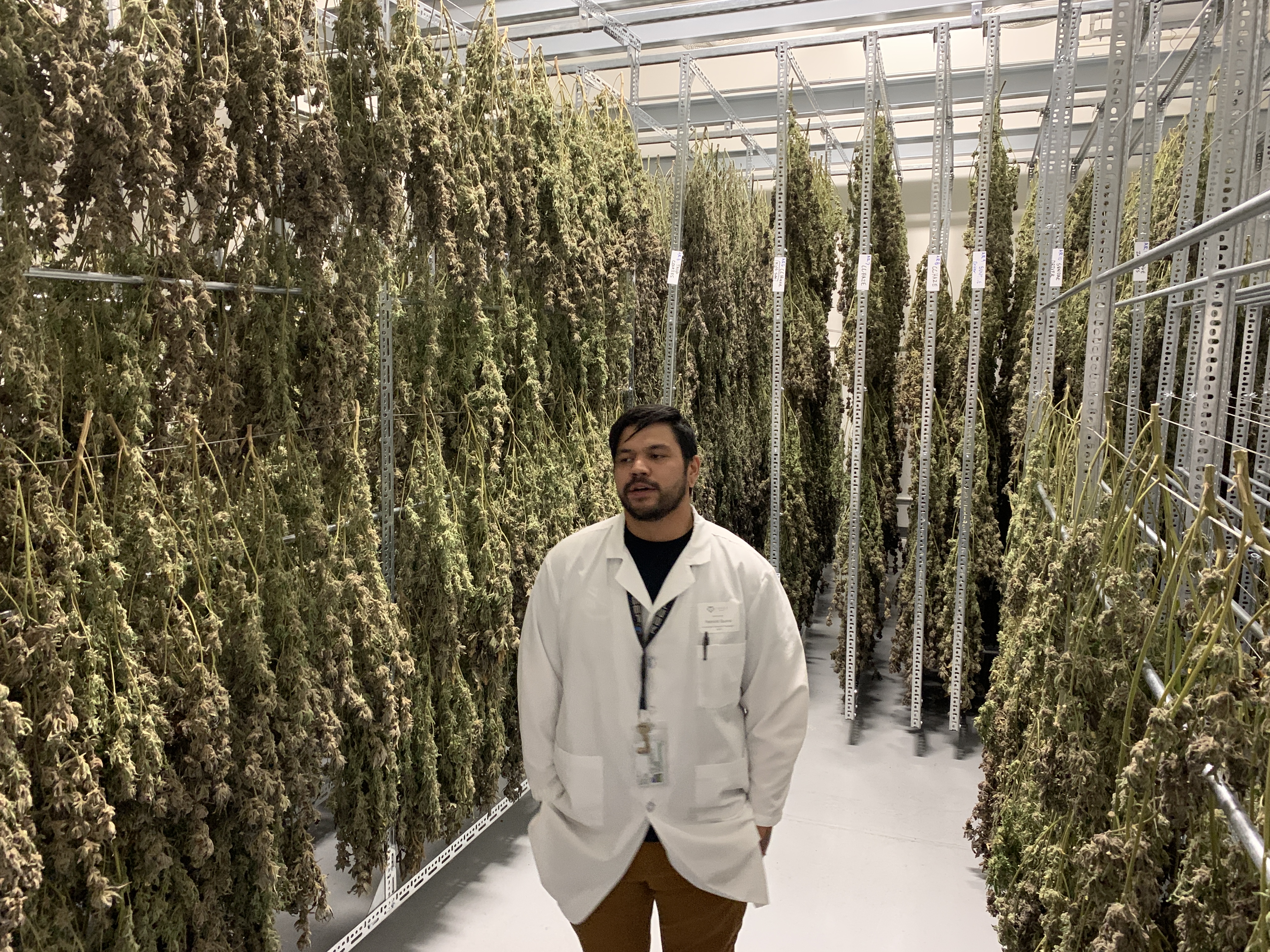