App designed by Utahn wants to help you stay focused 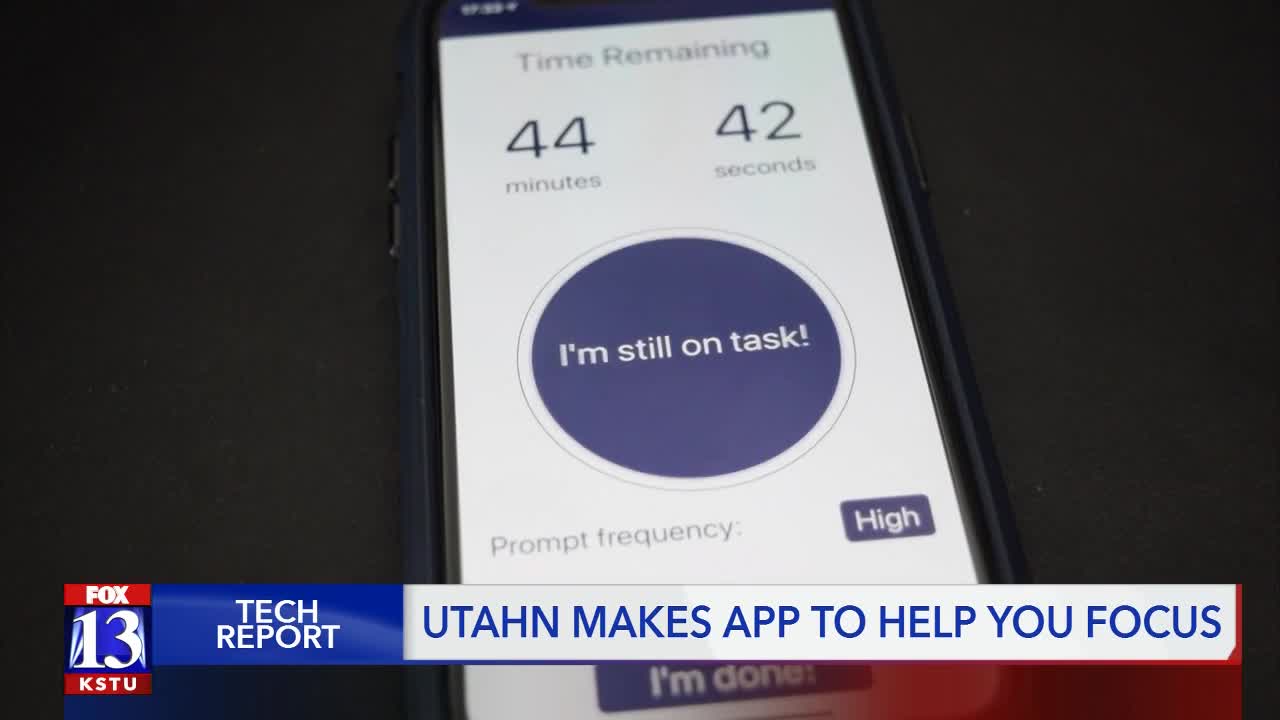 A new app designed by a Utah psychologist could help you get a lot more work done. People who've been using it say it has changed their work habits for the better.

PAYSON — We all have those times where we struggle to focus, whether it's at school, work, or home, and for a lot of us, home is the only place we can be right now because of the COVID-19 pandemic.

An app designed by a school psychologist at Payson High School could help you stay on task.

It's called the Beeper App and it makes a sound at random or specific times.

You start by choosing how long you want to work for, how often you want the sound to go off, and which sound you want it to make.

The creator, Alan Jacob, said the idea came from when he used to be a teacher 18 years ago.

He said he had a student who really struggled staying on task with their work, so he got him to listen to a 30 minute tape that would beep at random times while he did his classwork.

Jacob said the student would keep track of the beeps using hash marks on a separate piece of paper, which would help him know how often he was on task.

With the app, you just press the button in the middle of the screen that says "I'm still on task".

If you hit the button by the time it has made its second sound, it will count as a missed beep.

The idea is to jolt your brain into remembering what you're supposed to be focusing on.

Hollie Hullinger, a user of the Beeper App said, "What I do is, I’m working and all of a sudden I’ll start drifting at what’s going on outside and the beeper will go off and I’m like, oh, you’re right, I’m not on task, so I push the beeper and get back to work."

Jodi Beck is a Special Education Teacher at Payson High School and she would use the app in her classroom before the pandemic.

She says she would pull up the app on her iPad and then plug it into the speakers in the classroom.

"I could be helping someone and that beeper would go off and then the kids would be like, oh I’m doing what I’m supposed to be doing, so it was a way to help me actually as a teacher have an extra assist in my classroom," said Beck.

Makenzie Smith, a Payson High School student who also uses the Beeper App, said she has a tip to make the app even more effective.

"When I turn the app on, I turn on Do not disturb, so that way when I get a text or a Snapchat, I’m not automatically moving over to that," said Smith.

When the time is up or you hit the "I'm done" button, you can review your results and see how on task you were.

The creator of the Beeper App says he doesn't track or store your information. The only information the app keeps in on your phone with the scores of how well you do after each session, for up to ten sessions.

"There are people out there that may think, Oh my gosh, out of an 8 hour day that I’m working at home, I might have three hours of productivity. The rest of my time, I’m just struggling. Well, this may bump that up higher," said Jacob.

The Beeper App costs $1.99 and is available for Apple and Android devices on the App Store and the Google Play Store.