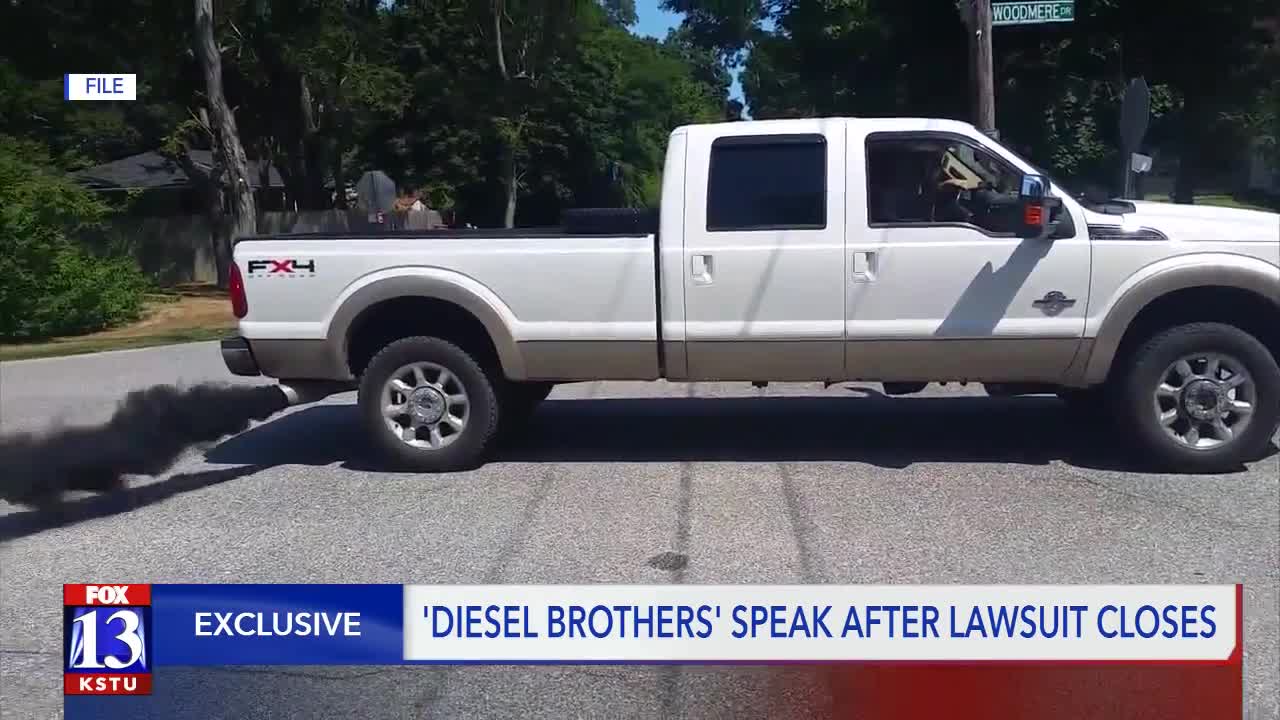 This is the first time we’re hearing from the Diesel Brothers after a four-year lawsuit against them has closed.

A federal judge ordered the custom truck makers to pay more than $800,000 to the U.S. government and Davis County for polluting Utah’s air.

Firing up the engine on his diesel truck, David “Heavy D” Sparks from the Diesel Brothers on the Discovery Channel, points out the tailpipe vibrating, but you don’t see anything come out.

“That is the majority of what’s in question here with this lawsuit,” said Sparks.

Sparks is talking about the Diesel Particulate Filter (DPF) that prevents black pollutants from coming out of the tailpipe.

“Whereas to bypass that, you’re [looking at] 500 to 1,000 bucks,” said Sparks. “The vehicle runs better and gets better mileage, creating more power—that’s why people are interested in taking those off.”

According to a lawsuit filed against the Diesel Brothers back in 2016. Sparks and his team stripped pieces, like the DPF, from their trucks, violating the Clean Air Act.

Dr. Brian Moench, President of the Utah Physicians for a Healthy Environment, said removing those pieces produced thirty times the amount of pollutants.

“As awful and disgusting as those plumes look, they are equally serious health hazards,” said Dr. Moench.

The attorney of the Diesel Brothers does not dispute that they had 23 trucks missing those important pieces, and neither did the judge, who ordered the Diesel brother’s pay more than $800,000 dollars to the U.S. government—10 percent of which will go to Davis County.

Meanwhile, Sparks said he’s not sure they’ll appeal the case, explaining he wishes more of the money would go to Davis County instead of the federal government.

"It’s just irrelevant in the grand scheme of what we’re trying to do to make our lives and the State of Utah better," said Sparks.

All of their diesel trucks are emissions compliant and Sparks said it's just the beginning for what they're doing to improve air quality.

“We burn 100% renewable diesel fuel and most importantly, I have partnered with Nikola Motor Company to create the next edition of zero-emissions vehicles,” said Sparks.