Doctors warn about apps that claim to detect skin cancer 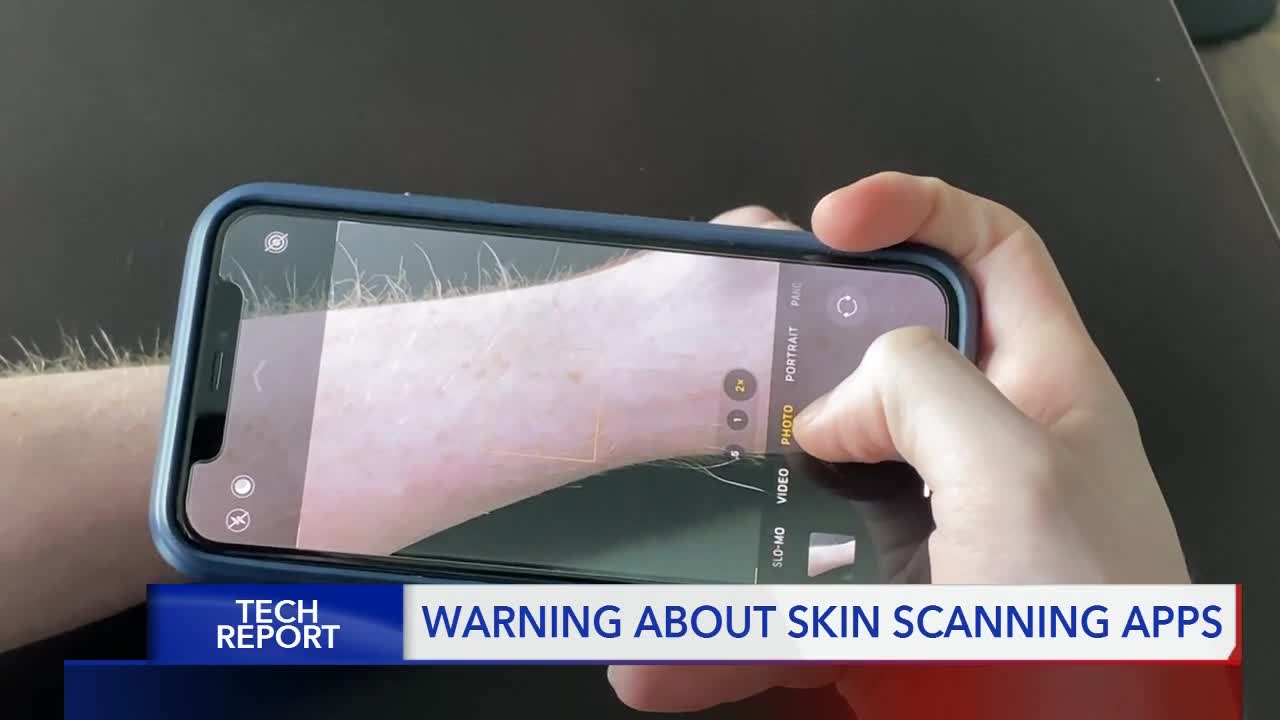 There's an app for almost everything out there, but not all of them work as advertised.

Now new concerns are surfacing from doctors about smartphone apps that claim to detect skin cancer.

British researchers say they found that the leading apps were both missing skin cancers and incorrectly telling people their moles were a cause for concern.

The researchers looked at SkinVision and SkinScan, two popular European apps which have not yet been approved in the United States by the Food and Drug Administration (FDA).

Douglas Grossman, MD, PhD is the director of the Melanoma Center at Huntsman Cancer Institute and he says while some aspects of these apps can be useful, they shouldn't be relied on to accurately diagnose skin cancers.

"I actually don’t recommend any of these to my patients. Currently, I don’t think any of them actually have been proven to accurately detect skin cancers [...] there’s always a risk of missing a skin cancer or giving someone false reassurance that a lesion might be okay," says Grossman.

The best defense, according to Dr. Grossman, is checking your skin at least once a month from head to toe. He also recommends getting a family member to check your back for you and you hairdresser or barber can check your scalp for you too.

Grossman says, "If something doesn’t look right, is changing or growing, it doesn’t look like other spots they have on their skin, particularly if it’s something that’s around for more than a month, they should get it checked out."

There are two main types of skin cancer: Melanoma and Non-Melanoma.

Dr Grossman says that Non-Melanoma type skin cancers generally present themselves as a new spot on the skin that's either not healing, is crusty or scaling, and can be bleeding.

Generally for Non-Melanoma skin cancers, it's unusual to see those before age 30, according to Grossman.

Doctors say that Melanoma is a little bit more difficult because it can present as a new lesion and it can also rise from preexisting moles.

If you find something suspicious, and go to the doctor and they agree that it is suspicious, they'll take a small sample of the area of skin or mole to test it for cancer.

He also says if you’ve had a skin cancer then you’re at risk to get another one. For melanoma, family history is an important risk factor as well as presence of numerous moles.

"The risk for any type of skin cancer does increase with age, but young people are still susceptible, particularly to melanoma. we’re seeing that a lot of young people have used tanning beds. that’s a big risk factor," says Grossman.

While the claim of detecting cancer with an app is something doctors want you to be aware of, they also say there are features on these apps that can be useful.

"I think there is a role potentially for an app that could potentially help patients, reminding them when it’s time for them to check their skin and to help them document what something looks like on the skin to monitor for change," says Grossman.

He also thinks there could be a role for artificial intelligence (AI) to guide both patients and doctors about which spots should be tested further or can be monitored safely.

Dr. Grossman thinks the idea of apps being used to diagnose things like cancer is part of a growing movement to do telemedicine.

Grossman says, "A couple of years ago, there were hundreds of apps, and then the FDA decided they were going to crack down on this and most of them either disappeared or changed what they were promoted as from skin cancer detection to something different."

As of now, none of the skin scanning apps are approved by the FDA , which is usually something doctors look for before using tech like this on their day-to-day patients.

"I think dermatologists would want to see them tested in some sort of a clinical trial," says Grossman.

Doctors like Grossman also want you to know it’s difficult to diagnose skin cancer from just a picture without looking at all of a patient's skin.

You can find more information on skin cancer and how to get treatment here.