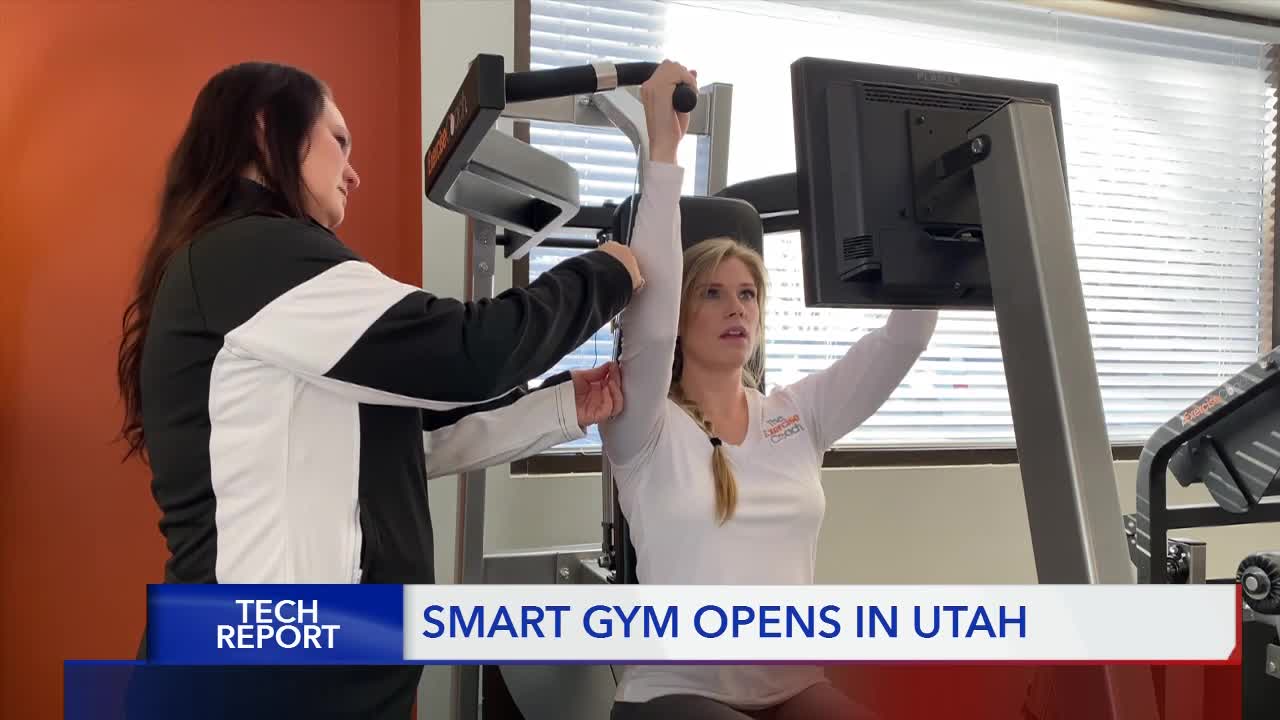 SANDY — Going to the gym can be intimidating, from figuring out how to use the equipment, to knowing how much weight is too much.

Now some new tech could make the whole experience a little easier.

Jenn Whiting is the Co-Owner of the personal training studio that opened in Sandy on the first weekend of Februrary 2020.

She says this is just one example of how technology is enhancing exercise.

"It’s kind of weird to hear it and it feels like you’re in a space ship, maybe wondering what this smart gym is all about, and trying it is the proof in the pudding," said Whiting.

Here's a brief breakdown of how they work: First you get set up with a unique code, which you enter on any of the four smart gym equipment. Then you put in your date of birth, your height, and your gender. Then you're ready to get going.

Whiting says the Exerbotic machines let you get a fully customized workout, thanks to AI and your willingness to put in the work.

"They get on the machine, we set them up in a range of motions so they’re always safe and then we do a strength test," said Whiting.

The strength test involves measuring your effort at 50 percent and then 100 percent. The computer uses those two measurements to gauge how difficult it needs to make the workout.

Whiting said, "It’s high tech. It truly knows and can individualize a program just for you [...] so it's not going to give them a workout based on somebody else's program. It's going to base it on their strength."

The idea is to follow a green line, which is something I found is a lot harder at first.

The Exerbotic machines don't use weights either which could lower the injury risk.

"It’s going to read your power and your pressure and those hydraulics are going to move those arms for you. You don’t do the moving you just actually resist against the machine as it moves."

You do have to book ahead of time too, so don't just show up expecting to get on the equipment.

People ages 14 and up can use the equipment, but Whiting says she tends to see people aged 40 and up at her location.

You can do one-on-one training or group training with four people.