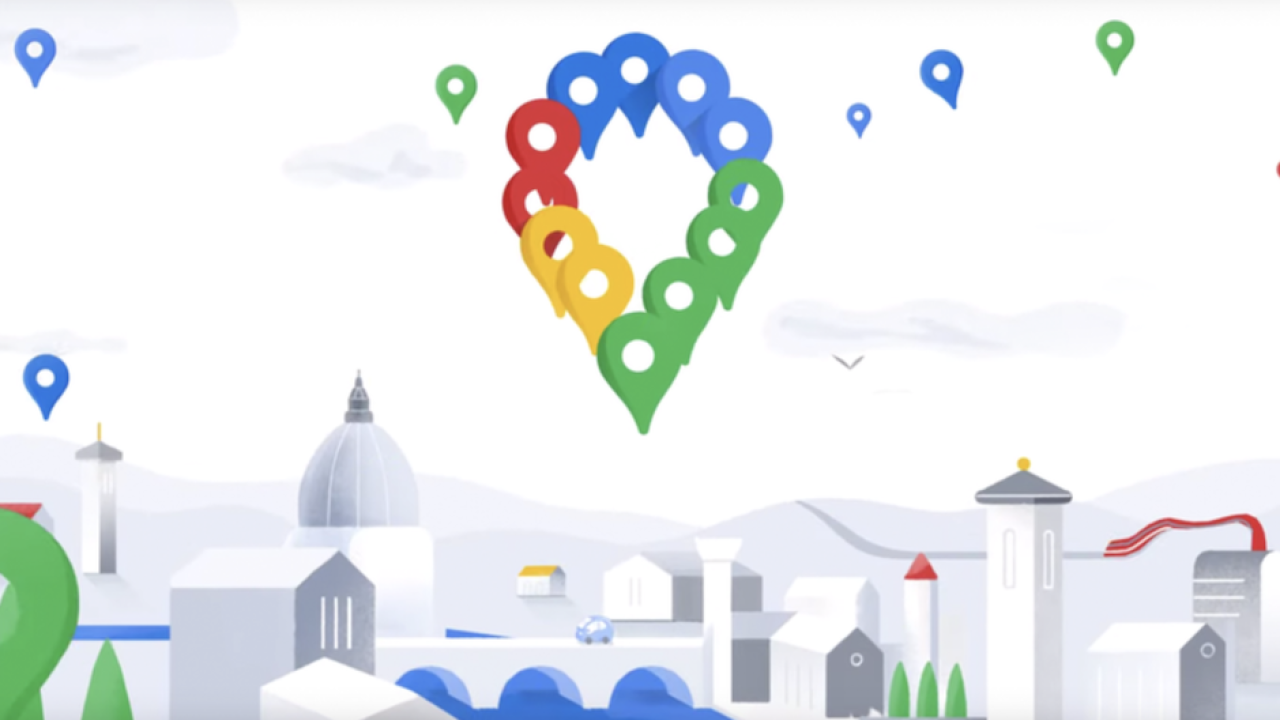 Google Maps has a fresh new look and some extra features that you can start using.

The tech company announced on Thursday it updated the Google Maps app for Android and iOS with five easy-access tabs: Explore, Commute, Saved, Contribute and Updates.

The app also has a new look for the app icon.

It now looks like a dropped locator pin in the iconic Google colors of red, green, blue and yellow (see image below).

In the Explore tab will give you information, ratings, and reviews for about 200 million places around the world, including local restaurants, attractions, and landmarks.

The Commute tab lets you set up your daily commute to get real-time updates, travel times, and suggestions for alternate routes.

The save tab allows you the option of viewing all of the saved spots, both your own and ones form other Google Maps users.

You can also share recommendations based on places you've been.

With the new Contribute tab, you can share your local knowledge, like details about certain roads and addresses, missing places or new roads, business reviews, and photos.

The new Updates tab gives users a feed of trending, must-see spots from local experts and publishers. You can also directly chat with businesses to get questions answered.

Google is also updating its 'Crowdedness' feature that lets you know how crowded public transit is at certain times, based on feedback from its users.

The updates include details on temperature, accessibility, women’s sections (in regions where transit systems have designated women's sections or carriages), and whether there's security staff on board.

Over the coming months, Google says it will be expanding Live View and testing new capabilities, starting with better assistance whenever you’re searching for a place.

They say you’ll be able to quickly see how far away and in which direction a place is.