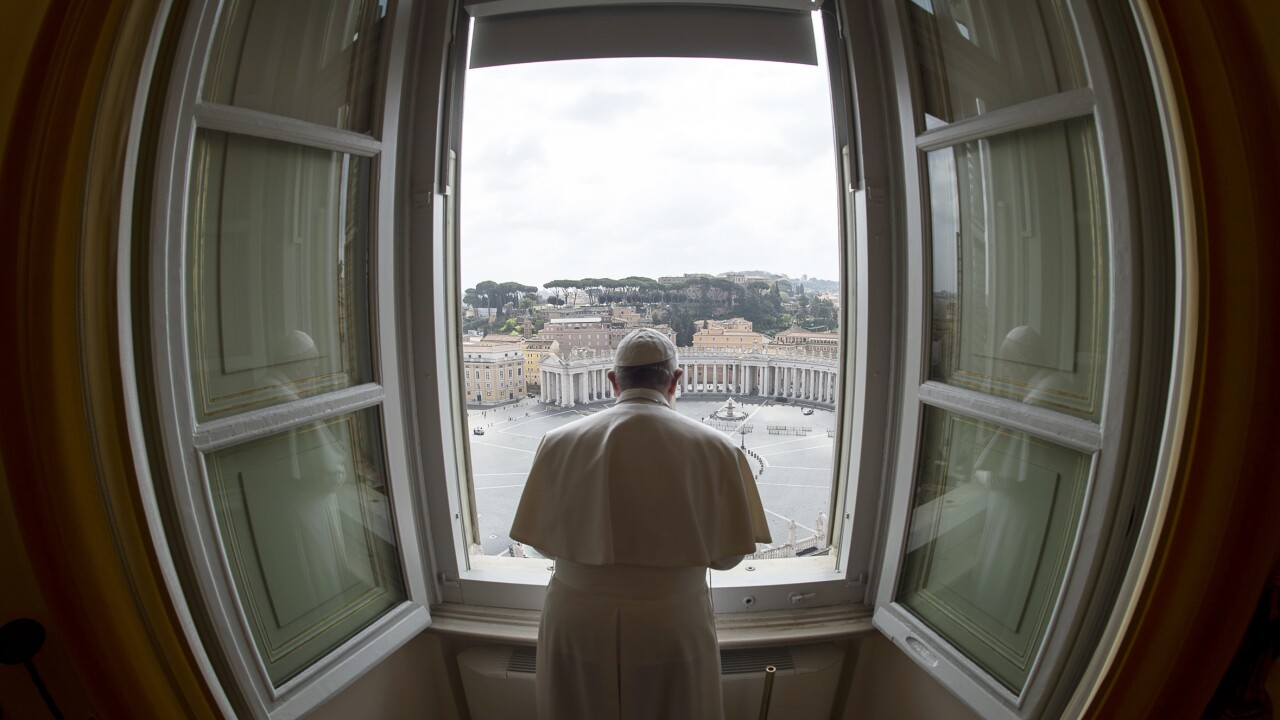 Vatican Media
Divisione Produzione Fotografica/AP
Pope Francis delivers his blessing from the window of his studio overlooking an empty St. Peter's Square due to restrictions to contain the Covid-19 virus, at the Vatican, Sunday, March 29, 2020. Pope Francis is backing the U.N. chief's call for a cease-fire in all conflicts raging across the globe to help slow the spread of the coronavirus. The new coronavirus causes mild or moderate symptoms for most people, but for some, especially older adults and people with existing health problems, it can cause more severe illness or death. (Vatican News via AP)

VATICAN CITY — Pope Francis’ vicar for Rome has tested positive for the coronavirus in the first case of a cardinal close to the pope known to be infected.

Cardinal Angelo De Donatis had been in touch with Francis in recent weeks — apparently not in person, however — over the cardinal’s initial decision to close all Rome churches in line with an Italian government shutdown decree.

De Donatis reversed himself after Francis intervened, and allowed diocesan churches to remain open for individuals to pray.

The pope is technically bishop of Rome, but he delegates the day-to-day running of the diocese to his vicar, De Donatis, 66. The Rome church said De Donatis was in good condition at Rome's Gemelli hospital and was receiving antiviral treatment.

The Holy See has said six people have tested positive for the virus in the Vatican, none of them the pope or his closest advisers.